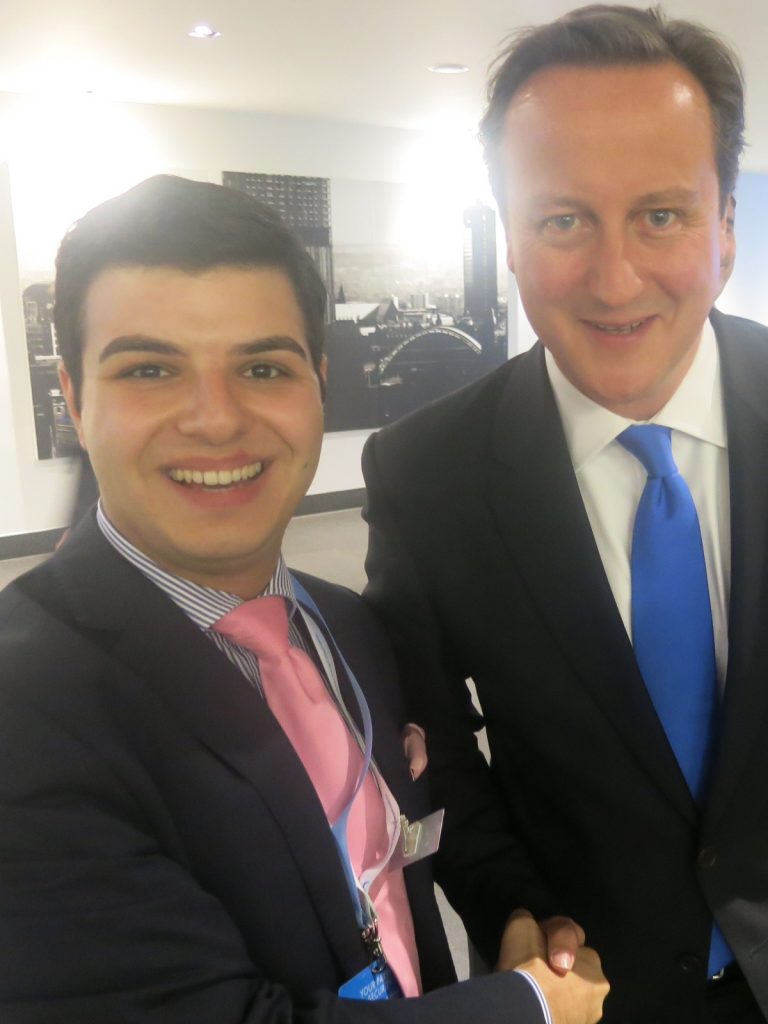 Part of T-VINE’s 2014 election special, here’s the first of five interviews with the next generation of British Turkish politicians

1) When and why did you join the Conservatives?

I joined the Conservatives twelve years ago at the age of 14. My friend’s grandmother who knew the local Member of Parliament, Andrew Rosindell, also knew that both my friend and I were interested in politics so encouraged us to attend a local Young Conservative meeting, which we both did and the rest progressed from there.

2) What prompted you to stand as a councillor, when were you first selected and for which ward?

Having been a member of the Party for a number of years as a local activist who had been involved with various local community campaigns and charities, I felt that I wanted to give something back to the community in which I had grown up and gained so much from. So I first stood for election four years ago in 2010 for the Mawneys Ward, which covers the Collier Row and Upper Mawney communities of Romford.

3) Many ethnic minorities (BMEs) view the Tories as an unwelcoming party, yet you have not only become a councillor for them but are chair of the local party. How would you describe their attitude to BMEs and their issues?

Firstly, let me say that I really do dislike the term BME, it  creates division when there is no need for it in our nation and it is unfortunate that many still try to divide communities rather than highlight the things that unite us, such as our shared heritage and ideals as symbolised by the Commonwealth. For instance, I am extremely proud of my Turkish Cypriot roots and heritage but I am also very proud to be British. Both of these cultures share the ideals of democracy, hard work, rule of law and aspiration.

With regard to the way in which the Conservative Party relates to those of minority backgrounds, the core conservative values of freedom, rewarding hard work, aspiration and entrepreneurship, as well as the idea of personal responsibility are ideals behind which all people can unite and are especially prevalent among the many small and medium sized business owners who are from these backgrounds.

4) What do is your current job?

Parliamentary Assistant to the Member of Parliament for Romford, Andrew Rosindell.

5) What are most pressing local issues for your constituents?

Havering Council is currently under a Conservative administration. Throughout my time on the council, I have found that the main local issues are council tax, which has now been frozen for a fourth consecutive year, ensuring good pavements and roads, which the council has invested an additional half-a-million pounds into, and providing decent green and open spaces for families, which has been recognised recently by the fact that eight Green Flags have been awarded to parks in Havering.

6) There is a growing British Turkish community there. How visible are they within the wider community and how politically active are they?

Indeed, there is a growing number of the British Turkish diaspora here in Romford, most visible as local business owners. Many take a keen interest in politics both nationally and locally and are happy to contribute to the political process by displaying calling cards and posters or becoming involved within the local association.

7) What can people expect from you if re-elected?

People can expect me to continue with the same enthusiasm for helping the local community that I have always had and looking forward to working with local residents to ensure the best for my local area, despite the austere times that face all of us.

8) Your thoughts on Turkey and Cyprus?

On the issue of Cyprus, I am hopeful upon hearing that the current bi-lateral talks are progressing well and that both sides hope to reach a point where they will be able to announce concrete next steps for the island.

With regard to developments in Turkey, naturally I am pleased to see that Turkey has had strong development over the past decade and am especially pleased with role it has been taking on the regional level and proud to see it assisting at the front line aiding Syrian refugees. It of course leaves me saddened to see many of her western neighbours in Europe, I hasten to add that I do not include Britain in this group, take such a negative general view of Turkey, a country which has since its inception been inherently western in its outlook. I believe that this negativity has led to many of the more recent changes in terms of social secular reforms which have led many to be critical.

9) What’s your most notable achievements to date?

Having spoken to Oya Tuncali, the Turkish Cypriot Representative in London, she informs me that to her knowledge I am the youngest elected official of Turkish Cypriot heritage. If true, this is of course a proud life achievement.

Alongside my political work in Romford and Havering, I am also proud to currently serve as Treasurer to the European Young Conservatives, a grouping of youth wings of conservative, classical liberal and centre-right political parties in Europe, who believe in freedom and democracy and share the principles of the free market, rule of law, low taxation and the sovereign integrity of nation states.