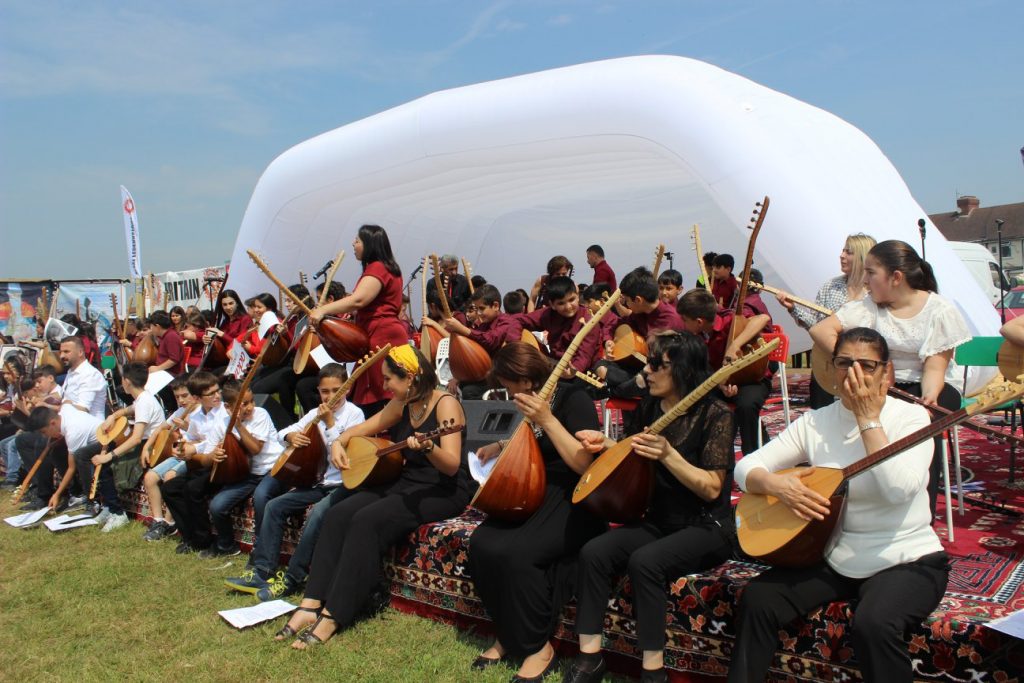 Thousands of Alevis are expected to attend the annual British Alevi Festival, which this year includes a 3-day outdoor cultural celebration at the Churchfield Recreation Ground in Enfield, North London.

The British Alevi Federation (BAF), which organises the week-long festival, said this year’s theme is “peace and justice.”

The festival will open with a special reception at the British Alevi Cultural Centre (İngiltere Alevi Kültür Merkezi, IAKM), and Cemevi (Alevi house of worship) in Wood Green on Sunday, 29 May.

The Cultural Centre (IAKM) will host a series of panel discussions in Turkish next week, as well spiritual and community gatherings.

The activities culminate with a family-friendly outdoor festival at the weekend that is open to everyone in the local community.

The festival has moved from its past Hackney Downs home to the Churchfield Recreation Ground off the Great Cambridge Road, which adjacent to the UK headquarters of the British Alevi Federation. The event has also grown from a one day to a three day event.

Festival goers will be treated to live music and spoken word, great Anatolian food, live music, and arts and crafts stalls. Admission to the site is £2 per person each day.

Alevism is a distinctive faith that is followed by around a quarter of Turkiye’s 80 million population. It encompasses elements of other Anatolian beliefs, including Islam, Shamanism, Manichaeism and Zoroastrianism. Music and dance are central to Alevism, as is the worship of men and women together.

Although the UK’s largest concentration of Alevis are in London, the BAF network includes cultural centres and houses of worship across the UK including in Edinburgh, Glasgow, Newcastle, Doncaster, Liverpool, Leicester, Sheffield, and Bournemouth.

Admission: daily charge of £2 per person for those over the age of 10 years old