Film review: My Father’s Violin falls short on quality music, but as a feel-good drama does satisfy 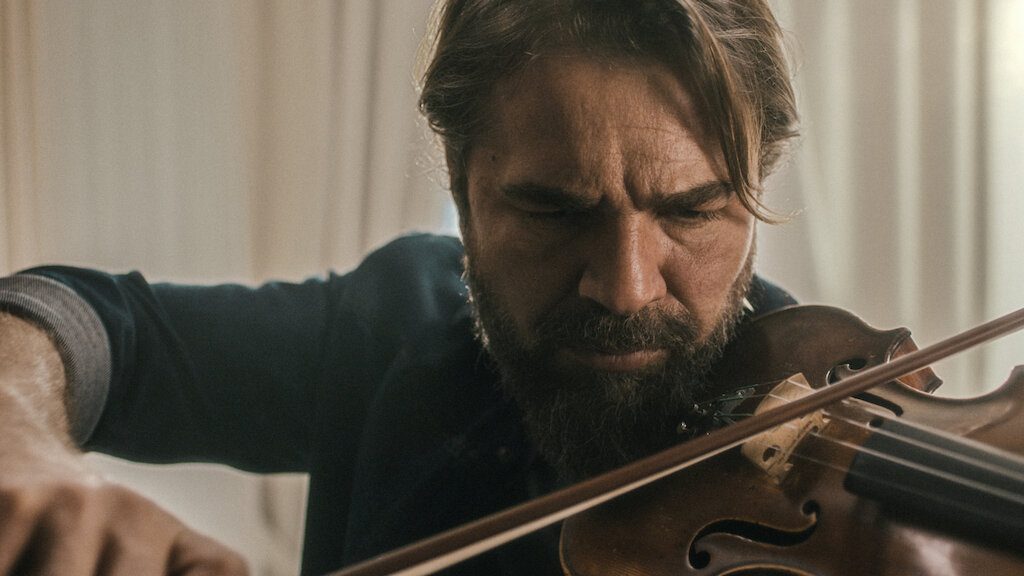 A cursory glance at the poster of My Father’s Violin / Babamın Kemanı (2022) as you scroll through Netflix suggests a nostalgic dive into a virtuoso’s life.

Whilst this new Turkish movie doesn’t take the ‘Whiplash’ route into an upcoming musician’s world, as Engin Altan Düzyatan portrays an already esteemed violinist, this film not only leans into, but fully captures the Family Drama macro-genre.

Stemming through the thorny relationship between two brothers who belong to contrasting social classes, the film bids an opportunity for reconciliation through a younger member of the family.

Mahir Mehmet (Engin Altan Düzyatan, of Diriliş: Ertuğrul fame) is a high society violin virtuoso who beyond his persona, has lost his sense of self due to unhealed wounds of the past. This inner turmoil contributes to the overwhelming bitterness Mahir and his wife Suna (Belçim Bilgin) have come to harbour towards each other.

Mahir’s brother Ali Rıza (Selim Erdoğan) barely makes ends meet by playing his violin in the streets of Galata, İstanbul, alongside young daughter Özlem (Gülizar Nisa Uray). Despite deeply resenting Ali, an encounter with his brother will be the pivot to turn Mahir’s view of life.

The script is as unoriginal as they come, coupled with horrific music editing considering the film revolves around musicians and music acts as a bridge between the characters.

What makes it worth watching is the 9-year-old up-and-coming actress Gülizar Nisa Uray, who brings an almost golden age of Yeşilçam (Turkish Cinema) spirit to the screen as Özlem.

Now, if you’re a violinist or simply expect meticulous perception and representation of the music field, you might be disappointed.

The film is too far off from grasping a convincing portrayal of characters in that regard as the actors practically flail violins around.

However, if you just want a generic, feel-good drama then director Andaç Haznedaroğlu’s My Father’s Violin should satisfy your appetite.