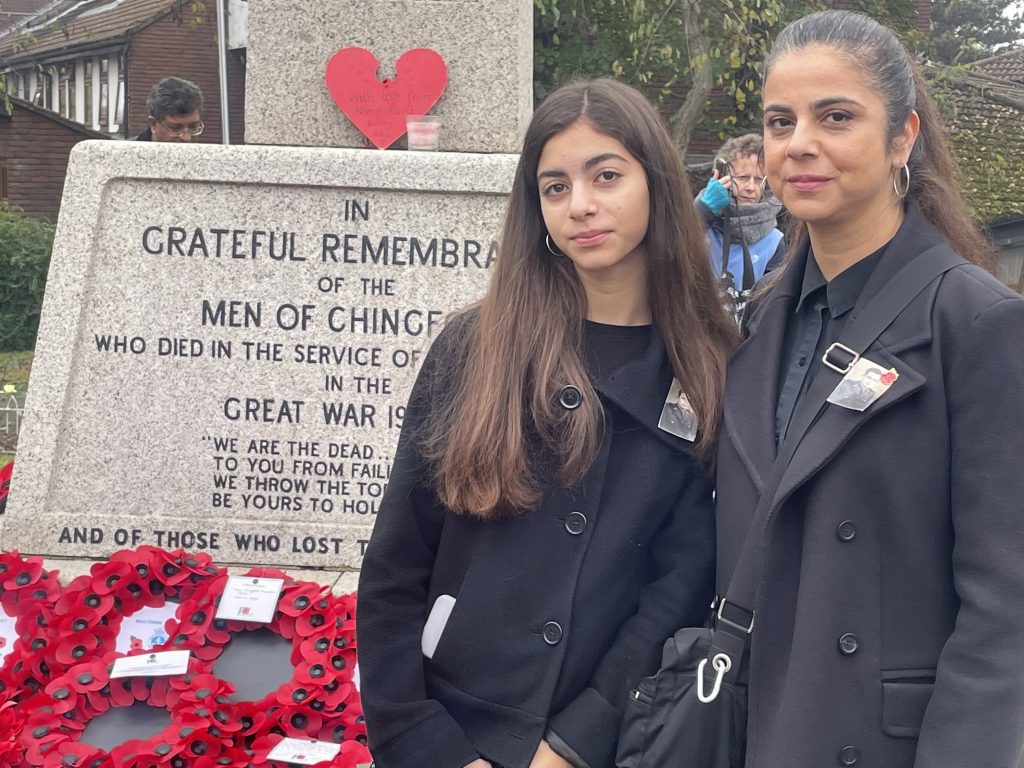 This year’s Remembrance Sunday saw far more Turkish Cypriots formally participate in services across London and in the TRNC than ever before. It was a chance to pay tribute to all those who served and died for Great Britain, including members of the Turkish Cypriot community, whose brave sacrifices have long been forgotten by the British authorities and officials.

Bexley Councillor Ahmet Dourmoush broke new ground when he laid a wreath on behalf of the Turkish Cypriot community at the Sidcup War Memorial. It was the first time Turkish Cypriots were formally represented at a service in South London.

Fahri Zihni, president of the Council of Turkish Cypriot Associations UK (CTCA), headed a large group who attended the service at the Wood Green War Memorial in North London, where he also laid a wreath in tribute to those that had fallen.

He and council Leader Peray Ahmet, who is of Turkish Cypriot heritage herself, welcomed the parents of Sapper Patrick Cengiz Azimkar, who was killed by the IRA while serving with the Royal Engineers in Northern Ireland in 2009. The Azimkars lived in the borough for many years, and the tragic loss of Sapper Azimkar is recalled at the Wood Green service each Remembrance Sunday.

Also present at the Wood Green memorial was Muslim cleric Husayn Hoca, who again formed part of the multi-faith prayers on Remembrance Sunday, ensuring that all communities were embraced. Erim Metto, head of the Turkish Cypriot Community Association based on nearby Green Lanes, Harringay, also laid a wreath.

One of those participating for the first time was Berna Sermet, who laid a wreath at the Chingford War Memorial, East London, in remembrance of her late uncle, Lieutenant Cemal Mustafa, who died clearing land mines for Britain on the Greek islands during World War Two.

With the support of local councillor, Kay Isa, Ms Sermet secured permission from Waltham Forest Council to take part in this year’s service. She then placed her order for a wreath from the local branch of the Royal British Legion, which included a dedication to her late uncle.

On Sunday, Berna lined up with local dignitaries, including Chingford and Woodford Green MP Sir Iain Duncan Smith, representatives from the British Armed Forces, and groups from the local community, to lay wreaths at the monument. One by one they went to the war memorial, placed their wreath and bowed their heads, while hundreds of local residents solemnly watched.

Unlike Wood Green, Chingford’s service was purely Anglican, which is strange given the diversity of faiths represented in the local community, including Muslim Turkish Cypriots.

Nevertheless, it was an important and emotional occasion for Berna and her 13-year-old daughter Amber, who had accompanied her mum to Remembrance Sunday to pay their respects to Uncle Cemal, as Berna remarked to T-VINE editor Ipek Ozerim, who also attended the Chingford Service:

“Today marked the first time our family and especially my father were able to commemorate the heroic acts of our Uncle Cemal, and all the sacrifices of Turkish Cypriots during the 2nd World War. To have a wreath laid in their honour was long overdue, but ensured their deaths were not in vain.”

Another to lay a wreath in the TRNC was Hakkı Müftüzade, whose father Ömer Faik Müftüzade was Acting Commander of the Cyprus Regiment from 1946 to 1949 – the only Cypriot to head the Regiment before it was disbanded in 1950. In addition to his long years of service in the Regiment, Müftüzade risked his life to save British soldiers during the 1974 Cyprus War, for which he was awarded the Queen’s Gallantry Medal.

Disappointingly, his son Hakkı has never been invited by the British Armed Forces to participate in a Remembrance Day service in Cyprus, including at their main annual event at Wayne’s Keep. His participation in the Kyrenia service in 2021 and again this year was through the intervention of T-VINE Magazine, which liaised with the Royal British Legion Kyrenia branch, which organises the service.

Also representing Turkish Cypriots in the Kyrenia Service was Kutlay Keço of the Cyprus Turkish Veterans Association, and Hulus Özberkman for Turkish Cypriot Police Officer, of whom 26 were killed serving The Crown during the Cyprus Emergency of 1955-1959. 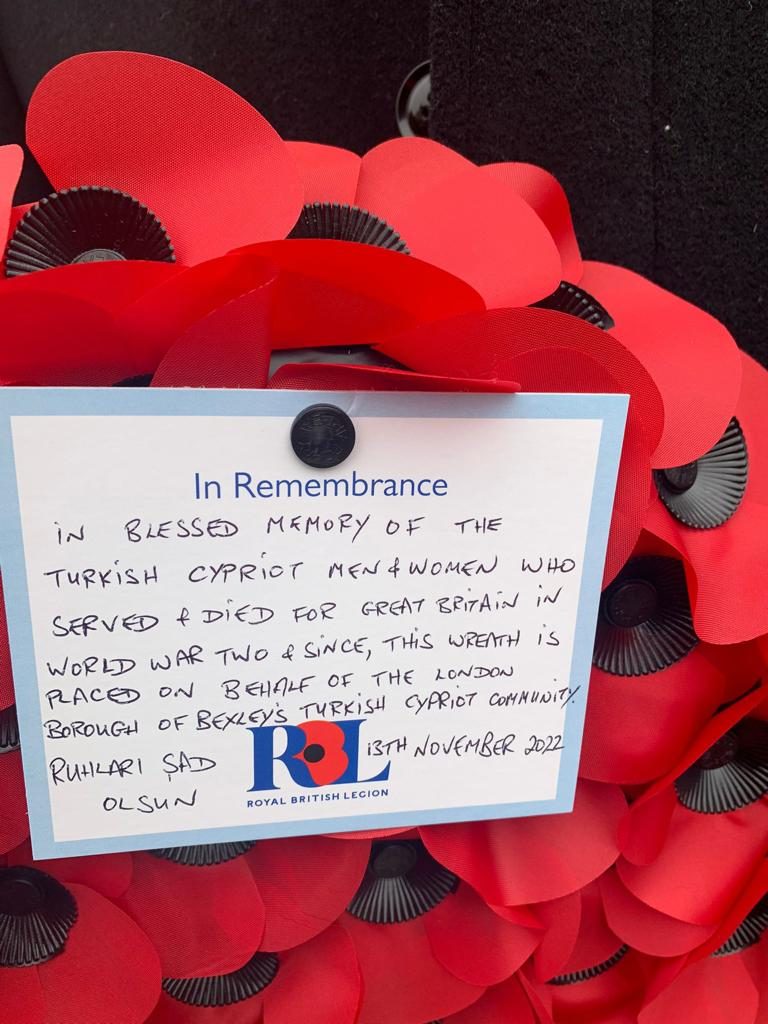