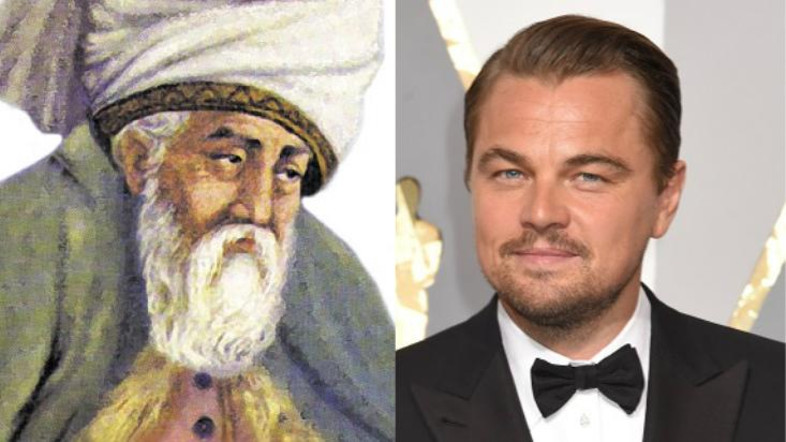 A Turkish production company is working with Academy Award-winning screenwriter David Franzoni and Hollywood producer Stephen Joel Brown to create a new biopic about Mevlana Rumi. Es Film, the makers of Filinta, a hit TV series about an Ottoman detective, will co-produce the new movie with Brown’s Y Film Production.

The details were revealed in interview Franzoni and Brown gave to the Guardian.

Explaining why they wanted to make a film about Rumi, Franzoni said:

“He’s like a Shakespeare. He’s a character who has enormous talent and worth to his society and his people, and obviously resonates today. Those people are always worth exploring.”

Franzoni, who after graduation travelled across Europe, Turkey, Cyprus and the Middle East on a motorbike, penned the screenplays for historical dramas Amistad (1997) and blockbuster Gladiator (2000). Entrepreneur Brown, who has produced numerous box office movies including Se7en (1995), The Fugitive (1993) and The Devil’s Advocate (1997), is the driving force behind the Rumi project.

The two men aim to “challenge the stereotypical portrayal of Muslim characters in western cinema by charting the life of the great Sufi scholar.”

The pair recently visited Turkey to interview Rumi scholars in Istanbul and see Konya, where the iconic Muslim spent much of his adult life. They are being assisted by Turkish production company Es Film. The company was founded in 2014 by Serdar Öğretici and Yusuf Esenkal, both graduates of Virginia International University, located on the east coast of America. After working for several years in the USA, the two men formed their own production company in 2010, creating adverts and other clips for the likes of Turkish Airlines, Sony Entertainment and Warner Bros.

Es Film has firmly established them in Turkey, with their first production Filinta regarded as one of the most original and successful Turkish TV series in recent years. Since premiering on TRT 1 on 23 December 2014, the weekly peak-time period drama about an Ottoman detective has become an instant hit with millions of viewers and turned lead actor Onur Tuna into a huge star.

Although the Rumi project is still in its embryonic stage, the film’s producers are hopeful shooting will begin next year.

While not at casting stage, Brown told the Guardian he wanted to see Hollywood’s leading names star in the movie. He floated the idea of Oscar-winning actor Leonardo DiCaprio for the lead, with Robert Downey Jr as the poet’s spiritual mentor, Shams of Tabriz, (Şems-i Tebrizi in Turkish).

“Rumi is hugely popular in the United States. I think it [making this film] gives him a face and a story,” added Franzoni.

Yet the prospect of a famous white actor playing Rumi has not been universally well received. It has trigged massive debate on social media in recent weeks, with the hashtag #RumiWasntWhite trending.

Many have voiced their anger that Hollywood is again flouting its commitment to diversity by presenting white actors for roles that talented actors of Middle Eastern origin could – and should – be cast for.

A petition asking Hollywood not to “whitewash Rumi” has been signed by more than 14,000 people.

Another person claimed the decision would be like producers casting “Jacki Chan to play Abraham Lincoln.”

One Twitter poster, Amina, drew parallels with the furore that followed speculation about Idris Elba, a British actor of African heritage, becoming the next James Bond.

Esin Çelebi-Bayru, a direct descendant of Mevlana Celaleddin Rumi, is more positive about the developments. She told Turkish reporters:

“Up until today we’ve heard many similar stories. We’ve been visited by many people around the world who’ve wanted to make a film about the Prophet Mevlana.  To be honest, I learnt about this latest one via the news. I hope they will make a beautiful film. If they make contact with us, we would be very happy to help them.”

Esin Çelebi-Bayru, a 22nd generation granddaughter of the 13th century poet and Sufi mystic and the head of the International Mevlana Foundation, was responding to the news which first appeared in the Guardian three weeks ago. She said:

“The whole world knows of Prophet Mevlana. By producing a film about him they can learn so much more….I hope it happens. If it’s made with the right information, it will be useful to humanity.”

When asked about her thoughts on DiCaprio playing Rumi, Çelebi-Bayru replied:

“We’re not bothered by who plays [in the film]. To tell you the truth, as long as the person in the role is deserving of it, we will be happy.”

Rumi: “A compelling figure in all cultures”

A poet, theologian and Islamic jurist, Rumi was born to Persian parents in the Balkh region, which today sits between Afghanistan and Tajikistan. When he was young, Rumi’s family fled the impending Mongol invasion, travelling through Baghdad, Mecca and Damascus, before they settled in Konya, then the capital of the ruling Selçuk Turks. Rumi lived in the Turkish city for 50 years, until his death in 1273 AD.

His birth name was Muhammed, but was later known as Celaleddin. In Turkey, he is commonly called Mevlana, which means “our master”, while Rumi denotes “the land of Rum” or “Anatolia”.

Probably the most famous Islamic figure after Muhammed, Rumi’s work has been translated into numerous languages, and his life philosophies shared by millions of people globally. 800 years after his birth, he remains one of the most popular and biggest-selling poets, including in the USA.

“He’s this compelling figure in all cultures,” author Brad Gooch, who is writing a biography of Rumi, told the BBC in 2014. Today Rumi’s tomb in Konya draws reverent followers and heads of state each year for a Sema (whirling dervish) Ceremony on 17 December, the anniversary of his death.

Among his best known works is his spiritual masterpiece the Masnavi – six volumes inspired by teachings in the Kuran, which is said to ‘touch the heart and mind’. Also the Divan: a huge collection of Rumi’s poems, widely considered among the best poetry ever written.

He was inspired by a love of life and a desire to learn. His worldview was shaped by his close friend and guide Shams, prompting Rumi to believe in the importance of teachers to assist others along life’s difficult path.

He spent his adult life exploring and celebrating the qualities of truth, beauty, generosity, forgiveness, strength, compassion, purity, gratitude, and especially patience; as Rumi says, “Patience is the key to joy.”

Rumi’s legacy remains not only in his written works, but also in the Mevlevi Order he created in Konya. Their mystical practices and values are part of a wider Islamic movement called Sufism.

Mevlevis follow Rumi’s way of life and teachings, which included meditation, praying and the Sema ritual as remembrance of ‘being’ and God. Unlike more puritanical interpretations of Islam, Rumi’s Sema combined music, spoken word and dance.

Living at a time when the Crusades were happening, Rumi believed in unifying people and preached tolerance – a message apt 800 years later. One of his most famous poems said:

Come! Come again! Whoever, whatever you may be, come!

Even if you deny your oaths a hundred times come!

Our door is the door of hope come! Come like you are!