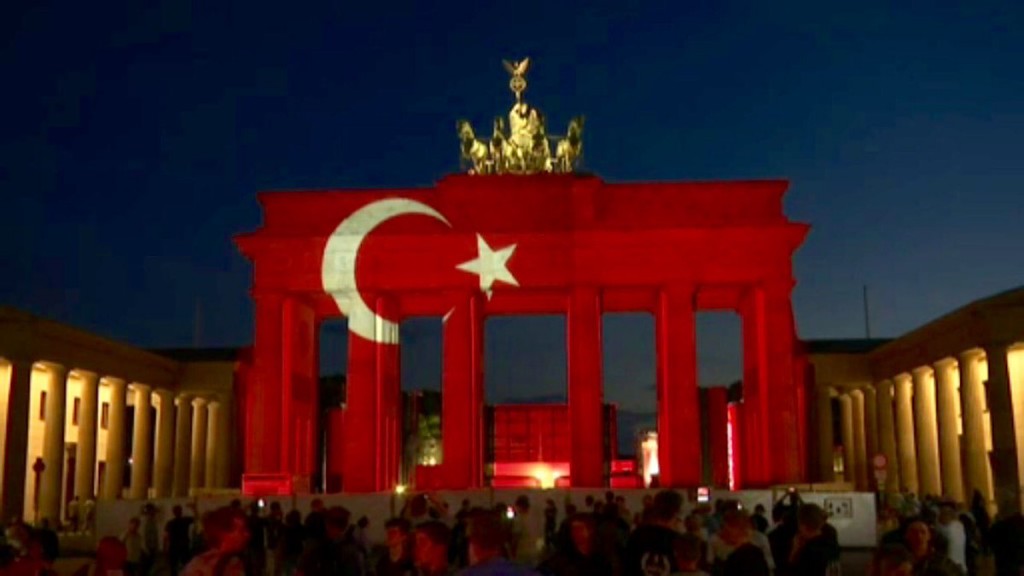 Governments, institutions and well-known personalities showed their solidarity with Turkey following the latest terrorist attack in the country, in which three suicide bombers killed 44 people and injured 239 others at Istanbul Atatürk Airport late on Tuesday evening.

The following day, as dusk fell, cities around the world projected the Turkish flag on to their famous monuments in remembrance of the victims.

Landmarks lit up in Turkish colours

The Turkish flag was beamed onto Berlin’s Brandenburg Gate, the façade of the Royal Palace in Amsterdam, Melbourne’s City Hall, and the historic bridge in Mostar, Bosnia. In New York, the Empire State Building turned off its lights in recognition those who had died. 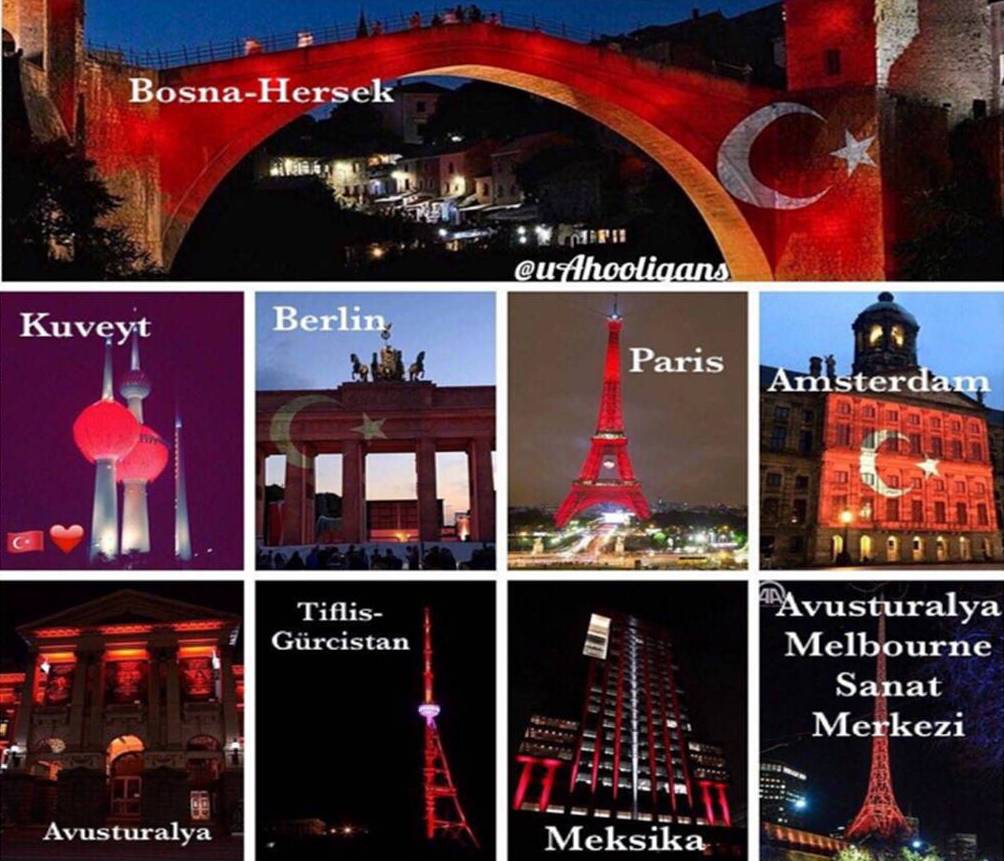 Flowers were left outside the Turkish Embassy in Moscow and Baku, while flags were flown at half-mast outside NATO’s headquarters. At a school in Agarta, India, school children lit candles and held-up signs that read, “STOP KILLING INNOCENT PEOPLE” and “DOWN DOWN TERRORISM”.

On Wednesday night, British band Coldplay, currently on a world tour, remembered the victims when singer Chris Martin placed a Turkish flag on his piano during the song “Everglow.”

A minute’s silence was observed before the quarter-final match between Poland and Portugal at Euro 2016 on Thursday night.

On social media, the hashtag #PrayForTurkey trended for hours after the attacks.

Sending heartfelt condolences and many prayers for those affected in Turkey.

There were solidarity messages from Pakistan and Afghanistan too, which have also been blighted by terrorism, yet have received even less Western sympathy for their losses.

The use of iconic landmarks in the West as a means of paying respect to the innocent victims of terror, whether in Paris, or Brussels or more recently in Orlando, has become commonplace. Yet until this week, these same sites had remained decidedly indifferent to terrorism in Turkey.

The country has come under attack from both jihadist and Kurdish terror groups, hit by 17 major terrorist attacks in 12 months that have killed 300 people and injured over 1,000.

While the events have been covered by international media outlets, there has been markedly less political and social solidarity with Turks, reflected in an illustration by renowned British graffiti artist Banksy.

Meanwhile, Turkish authorities continue to discover more about the identity of the three suicide bombers behind the Istanbul attack. Of Russian, Uzbek and Kyrgyz nationality, all three are suspected of being Daesh operatives or sympathisers. Two have been named by police as Rakim Bulgarov and Vadim Osmanov.

Police said Osmanov, a Chechen from Dagestan, had entered Turkey with a false Russian passport a month ago. His passport allowed the police to trace their cell to a house in the Fatih district in Istanbul.

Further raids have occurred across the country, with Hurriyet Daily News reporting that some 24 suspects have now been detained by the authorities.

Local media claim Turkish intelligence was aware of an imminent attack three weeks ago, with Istanbul Airport on their list of likely targets. It’s not clear what, if any additional precautions were taken at the airport, which is regarded as one of the most secure in the world. 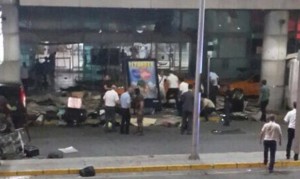 The terrorists, all young men, had arrived at the airport dressed in black and wearing thick jackets on a warm summer evening. All visitors are required to pass through security checks as they enter the terminal building and it is believed one of the attackers set off an explosion at the entrance to Block A that allowed the other two to pass through in the ensuring chaos, firing automatic weapons at people in the airport before detonating their suicide vests.

There were multiple reports of bravery from Tuesday night. One story relates to Yasin Durna, a police officer who tackled one of the suicide bombers. CCTV shows the officer risking his own life by confronting the terrorist as he shot at innocent passengers in the terminal.

Durna shoots him and the man falls to the floor, giving passengers sufficient time to escape before the terrorist detonates his explosives. The brave police officer had stepped towards the prostrate man to investigate further and realising he was a suicide bomber, tried to run away but was caught by the blast. He is currently recovering in hospital after having his spleen removed.

Less lucky was Umut Sakaroğlu who had worked at the airport for three years. He was standing guard at the security check-point when one of the suicide bombers tried to walk in. Realising the danger, Sakaroğlu shot the man who then detonated his belt killing the customs officer instantly. Paying tribute, his colleagues said but for his actions many more people would have been killed.

Most of the 44 fatalities were Turkish. The victims include police officers, tour guides, ground handling staff and taxi drivers. The foreign victims include six Saudis, two Iraqis, an Iranian, a Chinese national, a Jordanian, a Tunisian, an Uzbek and a Ukrainian.