A concert not to be missed performed by two master musicians specialising in the finest traditions of Ottoman classical music.

Highly acclaimed Cypriot violinist Michalis Kouloumis shares the stage with distinguished Turkish oud player Baha Yetkin. Together they present a selection of early modern music that was popular in the Ottoman court.

The aesthetics of classical music from Ottoman Istanbul is the result of influences that range from Byzantium to Sufi Anatolia, the Middle East, Central Asia and India. Based on the modal system of the makam, this form of classical music was enriched by the contributions of the Ottoman Empire’s flourishing multi-cultural society that included Turkish, Persian, Greek, Jewish, Arab and Armenian composers.

Concert organisers Hos Seda Art and Culture Centre advise that seats are limited at this intimate venue in East London and the event is likely to be a sell-out, so advance booking is highly recommended. 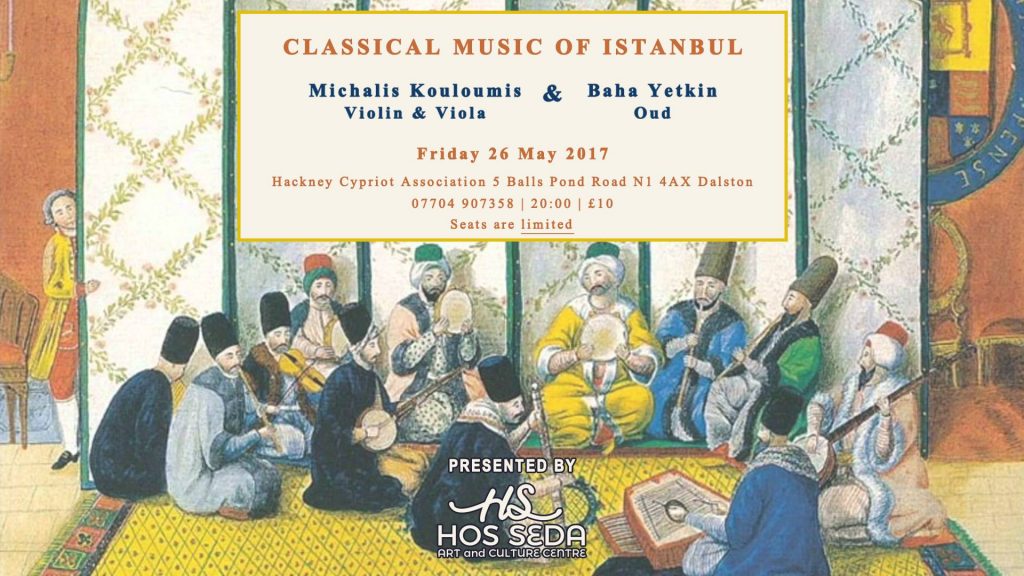