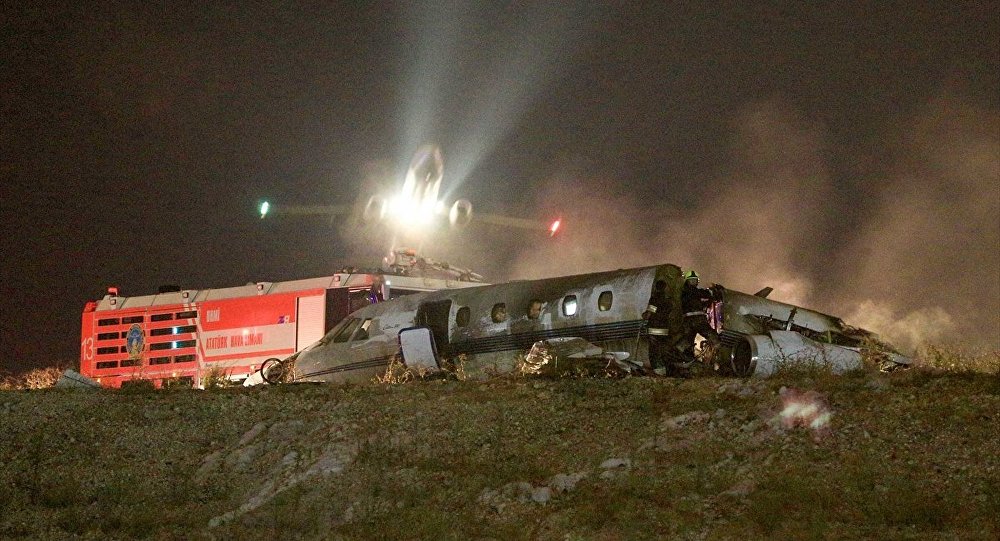 A small private aircraft heading for North Cyprus has crashed and burst into flames on the runway of Istanbul’s biggest airport earlier this evening. Miraculously the jet’s two pilots, a cabin crew member and sole passenger survived.

According to state-run news agency Anadolu, the jet, registered as TC-KON, had reported a malfunction soon after take off for Ercan Airport. Emergency services raced to the runaway at Atatürk Airport, which was quickly cleared of all other air traffic.

A tyre on the jet, reported by Flight Radar 24 to be a Cessna 650 Citation 7, burst as it tried to make an emergency landing. The small plane then scraped along the runaway, causing a fire to break out on board and the rear half to detach, before coming to a halt some 100 metres later.

Firefighters brought the blaze under control and air traffic at the airport resumed after two hours. At this stage it isn’t clear what caused the plane’s failure alarm to be triggered.