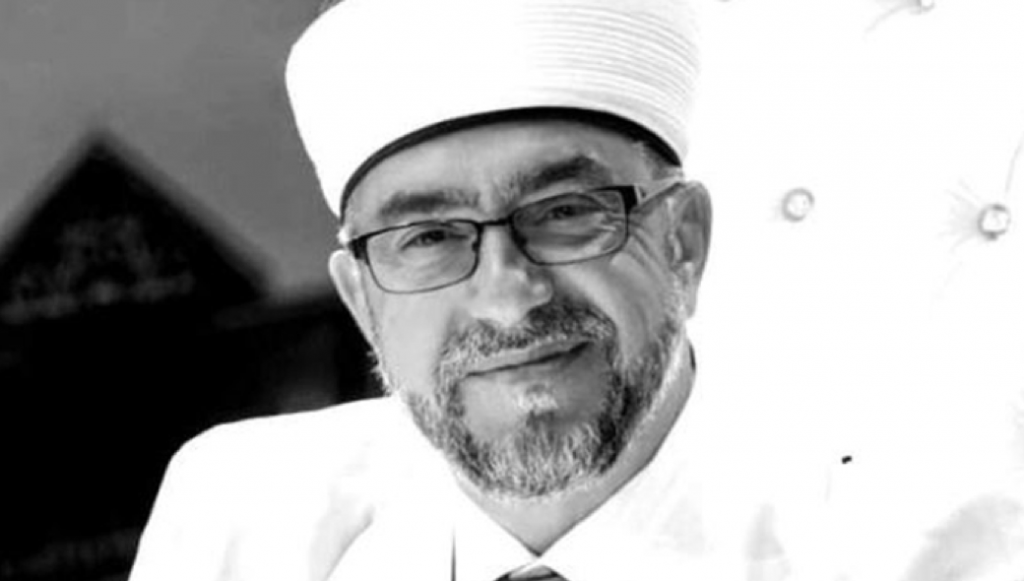 The Mufti of Xanthi (İskeçe in Turkish), Ahmet Mete, has died aged 57. He had been receiving treatment for cancer.

A mufti, community leader and human rights activist, Ahmet Mete was a dearly respected and notable person among the 140,000 strong community of Turks in Greece. His long contribution to their spiritual wellbeing was matched by his fight for their religious and ethnic rights.

Mete was regularly pitted against the Greek government, which did not recognise his title as Mufti of Xanthi despite him being elected by the vast majority of local Muslims.

Greek officials preferred to prosecute the religious leader for ‘impersonating an official’, despite the Turks of Western Thrace having the legal right to elect their own Mufti and resist the one imposed by Athens.

The Turkish president tweeted in Turkish: “I wish God’s mercy on Ahmet Mete Hocaefendi, the Elected Mufti of İskeçe. I convey my condolences to the family [and] loved ones of our deceased teacher and to all my brothers and sisters living in Western Thrace.”

So who is the Ahmet Mete?  And what is his significance to the Turks of Greece?

Who is Ahmet Mete?

He graduated from the Uludağ University Faculty of Theology, and then went to Saudi Arabia to further his studies in Islam, graduating from the Islamic University of Medina in 1991.

Mete returned to Western Thrace (Greece) and worked as a preacher and Qur’an course teacher. For seven years, between 2000-2007, he served as an imam in his own village of Yassıören.

In 2007, in keeping with the legal rights afforded to the Turks of Western Thrace under the Treaty of Lausanne and other Greek and European human rights legislation, and the local traditions of the region, Mete was elected Mufti of İskeçe. He also served as the Deputy Chairman of the Turkish Minority Sermon and Guidance Committee.

His election as Mufti brought him into direct conflict with the Greek authorities, who did not recognise his title and role, and would regularly seek to obstruct him. One way was to take him to court.

Mete’s refusal to comply with court orders and his persistence in carrying out religious work for his local congregation, such as presiding over funerals, led to multiple prosecutions.

As recently as June of last year, Mete was convicted and given a jail sentence for “disrupting public order”. Yet the convictions and threat of jail never deterred Mete from performing his duties as Mufti.

In 2013, Mete spoke out against the increasing hostility he and other ethnically Turkish members of Western Thrace faced, not just from the Greek State, but also from far-right groups who were spurred response on by official anti-Turkish sentiment:

“The Muslim Turks of Western Thrace were here before the Greeks arrived. We did not come from anywhere, they found us here when they came. It will not be easy to throw us out of here, as we are the owners of our homeland.

“Our homeland may be in Greece’s control and we have respect for the Greek state. We do not revolt against our State, we do not bring anarchy to our State…

“You can neither send us to Türkiye, nor to Arabia, nor to Bulgaria. This is our homeland, our grandparents’ graves are here, our children’s graves will be here too!”

Mete continued to speak out about the challenges he faced, including death threats, and the smears against him and the minority Turkish community.

Many will take inspiration from the life and struggles of Ahmet Mete, and remember him as a courageous man, who despite all the many obstacles he faced, remained dedicated to the service of his Muslim Turkish community in Greece.

Ahmet Mete was married and leaves behind a wife and three children.

This article was penned by Mustafa Kureyşi, chair of the Cezire Derneği.

The Turks of Western Thrace in Greece and the importance of the Mufti of Xanthi, Ahmet Mete