Nalân Burgess plays Fatma in new play Where We Are: The Mosque – on at the Arcola 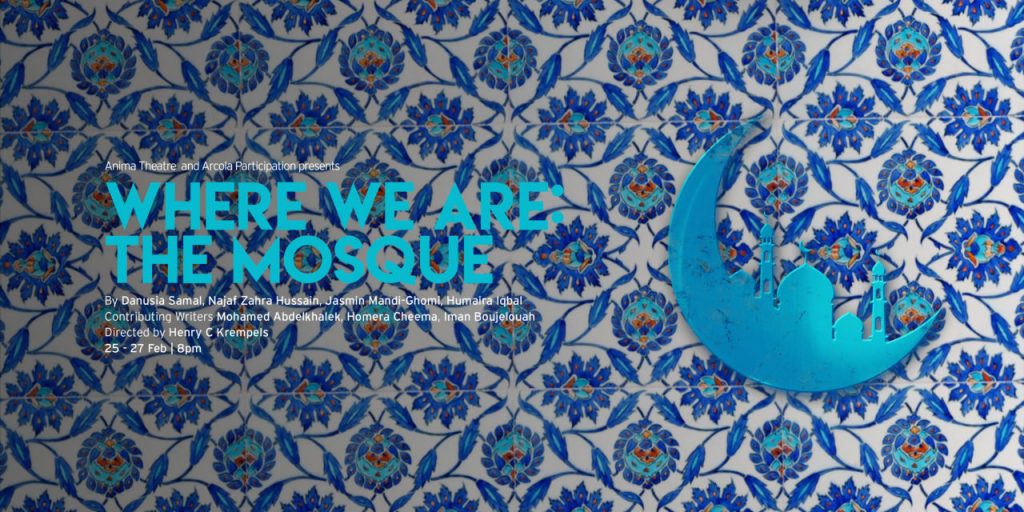 Four of London’s finest emerging writers have been sent to Turkey-inspired Suleymaniye Mosque Hackney, to discover it as a space and as a community. By weaving together their unusual personal stories, Where We Areis a compelling and honest portrait of a unique community of people collected under one roof.

Written by Danusia Samal, Najaf Zahra Hussain, Jasmin Mandi-Ghomi, and Humaira Iqbal, and directed by Henry C Krempels, the play centres on four women walking into the mosque at the same time. Each has their own story, their lives intertwining in this single moment as they make the mosque “their space”, says actress Heather Lewis who plays Amina.

Fellow actress Janise Sadik, who plays Esme, describes the play as “a massive eyeopener” not just because of the way it illuminates life inside the building, but also how it highlights the individuals who help shape this communal space.

Where We Are: The Mosque kicks off Arcola Participation’s Festival, Creative/Disruption 19, an exciting new experiment in storytelling. See the full line-up of shows and special events here, which runs from 25 February until 6 April 2019.

Title: Where We Are: The Mosque