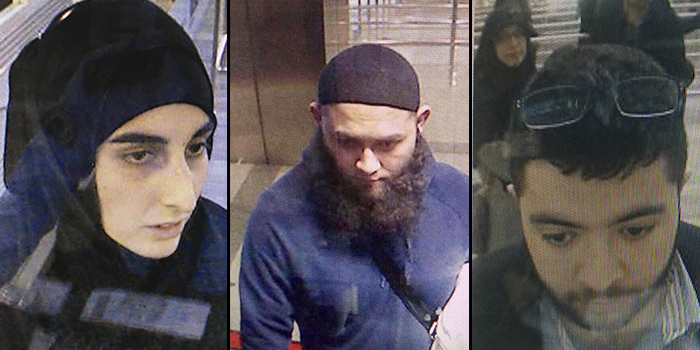 Almost 1,500 people were apprehended in Istanbul last year on suspicion of links to the so-called Islamic State, or Daesh, according to Turkey’s state-run Anadolu Agency. Anadolu reported last week that counter terrorism units belonging to the Istanbul Police Department carried out 58 operations against Daesh in 2017. A total of 1,447 suspects have been seized by authorities in the city. Of these 1,141 are foreigners.

The figures for Istanbul make up a significant part of the 4,765 suspects detained country-wide with a total of 739 Daesh members kept in custody. The arrests, driven by Turkish intelligence services, have prevented numerous bomb and armed terror attacks throughout the course of the year.

In mid-December a Turkish court ruled to remand 44 of 51 detained suspects in the case of the gun massacre at Istanbul’s Reina nightclub in which an assailant killed 39 people including a police officer and injured a further 79 in the early hours of New Year’s Day in 2017.

Abdulkadir Masharipov is one of 57 defendants (which includes the above 44) on trial in connection with the attack. Masharipov, an Uzbek citizen, was captured in the Esenyurt residential area of Istanbul after being pursued for 17 days and faces multiple life sentences. He told investigators that he was acting on the orders of Raqqa, Daesh’s then centre of operations in Syria.

Terrorist attack plots and cells were also thwarted by local authorities on several occasions including in March, April, August and October among others last year. Another two Uzbek nationals were captured in a raid on a house by anti-terror police in Istanbul’s Kağıthane district on 16 March. The pair were seized with Kalashnikov rifles, ammunition, digital equipment and Daesh-related documents while preparing a Reina-style copycat attack.

Police also caught four Daesh suspects on 14 April and apprehended another 49, including 41 foreign citizens, the day after. The 49 were plotting an attack on the eve of Turkey’s 16 April constitutional referendum. A further 12 foreign nationals who had been planning an attack were detained by anti-terror branch officers on 13 August, one of whom stabbed policeman Sinan Acar who later died in hospital.

Four more, including two women, were arrested during an attempted bombing in a shopping centre car park in the Bayrampaşa district on Istanbul’s European side on October 28 (main picture above), a day before Turkey’s annual Republic Day celebration. Police seized 66 explosive devices, four suicide vests, two guns and a large quantity of bullets. Ten operations in various parts of Pendik on the city’s Asian side and Başakşehir on the European side saw 69 more suspects including 29 children seized by police.

Another five, including four foreign nationals, were arrested for alleged links to Daesh on 8 December during further counter-terror operations.

Security forces have been involved in long-term efforts to prevent Daesh suicide bombings and armed attacks, which have killed over 300 people across Turkey in the past three years.