Painless sees singer-songwriter Nilüfer Yanya at her most direct and open yet. The album title comes from a grown understanding that pain isn’t always a negative thing, a freeing experiencing that simultaneously released a kind of joy while making this record.

It features the previously released singles ‘Stabilise’, ‘Midnight sun’, and ‘The Dealer’ and ‘Anotherlife’. The latter two delivered together with a music video directed by Nilüfer’s filmmaker and photographer sister Molly Daniel in Sri Lanka.

Painless begins with the upbeat and catchy pop song ‘The Dealer’, which captivates with its energetic tempo and funky vocals from Nilüfer. It’s the perfect opener for the album.

Nilüfer’s versatility is instantly on show in ‘L/R’, as she moves downtempo. The track has a melancholic feel and the vocal style utilised by Nilüfer is quite unique. It’s followed by ‘Shameless’, which has a dreamy vibe to it, in part down to the vocals and more particularly the instrumental arrangement.

Another of the album’s standout tracks is ‘Stabilise’. The fast-paced nature of the song is apt given the tone and lyrics the song conveys, underpinned by catchy melodic hooks aplenty.

‘Chase Me’ oozes attitude. It has an urban edge that blends brilliantly with contemporary pop-rock, set to simple yet hypnotic guitar arrangement.

‘Midnight Sun’ is another dreamy track, like ‘Shameless’, with a more optimistic tinge. A fuzzy, feel-good piece of vocal poetry.

‘Trouble’ features a hauntingly beautiful instrumental arrangement that flows beautifully with the bittersweet lyrics. In contrast, the smooth and slow ‘Try’ has a blissful air to it. It’s followed by ‘Company’, a gentle grunge-tinged ballad.

Another of my album favourites is ‘Belong With You’. It delivers a catchy chorus, which integrates perfectly with the beautiful instrumental arrangement even though the lyrics convey a tragic message.

There is something intangibly appealing about the melody of ‘The Mystic’, which is instantly captivating for the listener.

The album concludes with the fantastic ‘Anotherlife’: mellow vibes and melodies that have a hopeful feel to them. 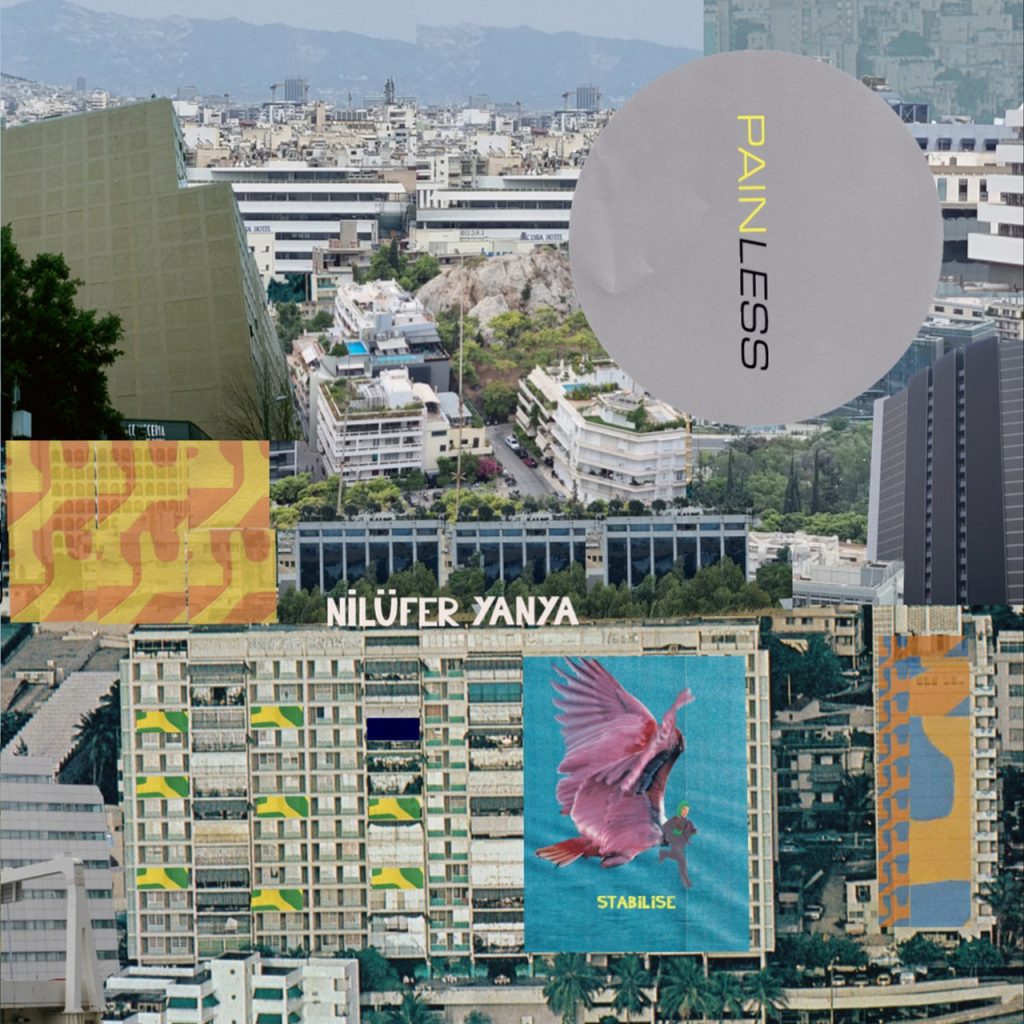 If Miss Universe established Nilüfer Yanya as a singular artist with a distinctive voice, Painless confirms her star credentials and an artist that simply has to be heard.

Painless is a record that forces the listener to sit with the discomfort that accompanies so many of life’s biggest challenges, whether it be relationship breakdowns, coping with loneliness, or the search for our inner self.

“It’s a record about emotion,” Nilüfer explains. “I think it’s more open about that in a way that Miss Universe wasn’t, because there’s so many cloaks and sleeves with the concept I built around it.” “I’m not as scared to admit my feelings,” Nilüfer adds, summing up the ethos of the new album.

If you’re new to the sounds and talents of Nilüfer Yanya, then definitely delve into her back catalogue. Her critically acclaimed Miss Universe is a widescreen concept record that took a tongue-in-cheek swipe at the most self-involved corners of the health and wellness industry. It was followed last year by the three song EP Feeling Lucky?, which further explored Nilüfer’s fascination with 90s alt-rock melodies and drew on themes of resentment, her fear of flying, and the concept of luck.

A West Londoner, Nilüfer is of mixed heritage. She is the daughter of two visual artists, an Irish-Barbadian mother, who is a textile designer, and a Turkish father, whose work is exhibited at the British Museum. It seems creativity was always destined to be a part of Nilüfer Yanya’s career.