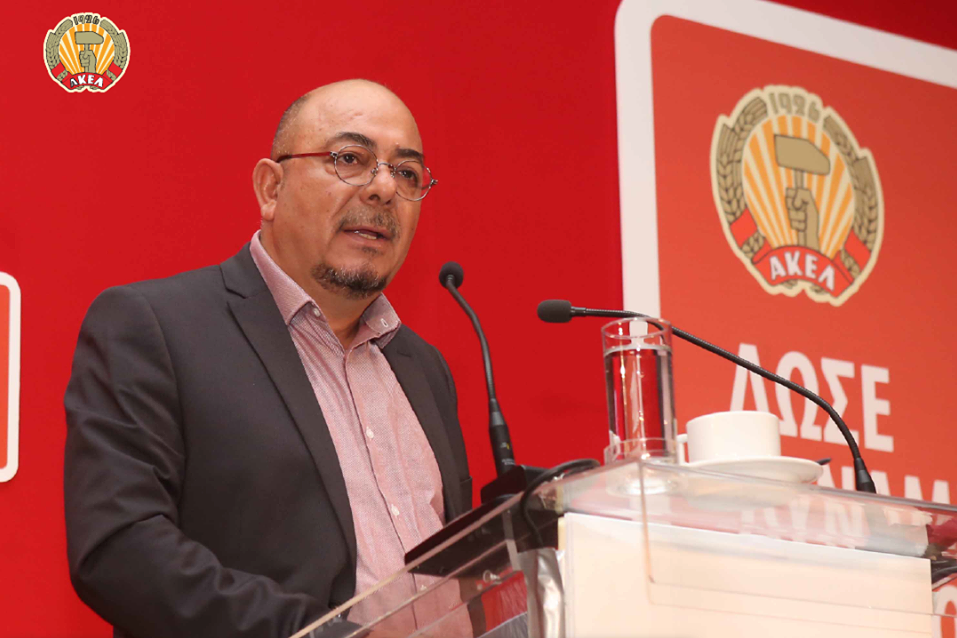 A Turkish Cypriot candidate for South Cyprus’ left-wing AKEL party has been elected as a Member of the European Parliament (MEP). Niyazi Kızılyürek was formally declared one of Cyprus’ six MEPs after European elections were held in the southern part of the island yesterday, Sunday 26 May.

Following the results, Kızılyürek told the Cyprus News Agency his election to the European Parliament bears special significance ‘not because he is the first Turkish Cypriot to be elected but because it was done through a Greek Cypriot-Turkish Cypriot partnership’.

He added, ‘this by itself is special’ and that he is ‘very pleased with the results’.

Kızılyürek’s electoral success marks the first time a Turkish Cypriot will represent Cyprus at the European Parliament since the island entered the European Union in May 2004. At the behest of the internationally recognised Greek Cypriot government, the island’s ongoing division prompted the European Commission to suspend the Acquis Communautaire for those living in North Cyprus, leaving them excluded from EU benefits and representation.

A lecturer in political science, Kızılyürek has lived and worked in South Cyprus since 1995. He was one of nine Turkish Cypriots on the ballot paper for the 2019 elections, with 72 candidates standing in total.

Members of the Turkish Republic of North Cyprus (TRNC) Republican Turkish Party (CTP), and the Unite Cyprus Now Movement worked closely with their Greek Cypriot counterparts to help bring Turkish Cypriots across the Green Line on Sunday, and to polling stations where they could cast their votes. However, some Turkish Cypriots were angry that they were again refused the right to vote due to administrative issues – repeating an experience of five years ago.

The Cyprus results were announced soon after midnight. Kızılyürek and fellow AKEL candidate Giorgos Georgiou are returned as MEPs. The other four MEPs for Cyprus are Loukas Fourlas and Lefteris Christoforou of ruling right-wing Democratic Rally (DISY) party, Costas Mavrides of the Democratic Party (DIKO), and Demetris Papadakis of Socialist EDEK party.

Concerns have been raised by all mainstream Greek Cypriot parties about the leap in support for ELAM, up six points from 2014 when it received just 6,957 votes – or 2.69% of the total. The neo-Nazi group has two MPs in the Greek Cypriot Parliament and their ability to attract more votes in the European elections reflects a pattern of increased support for nationalists and far-right parties across Europe.