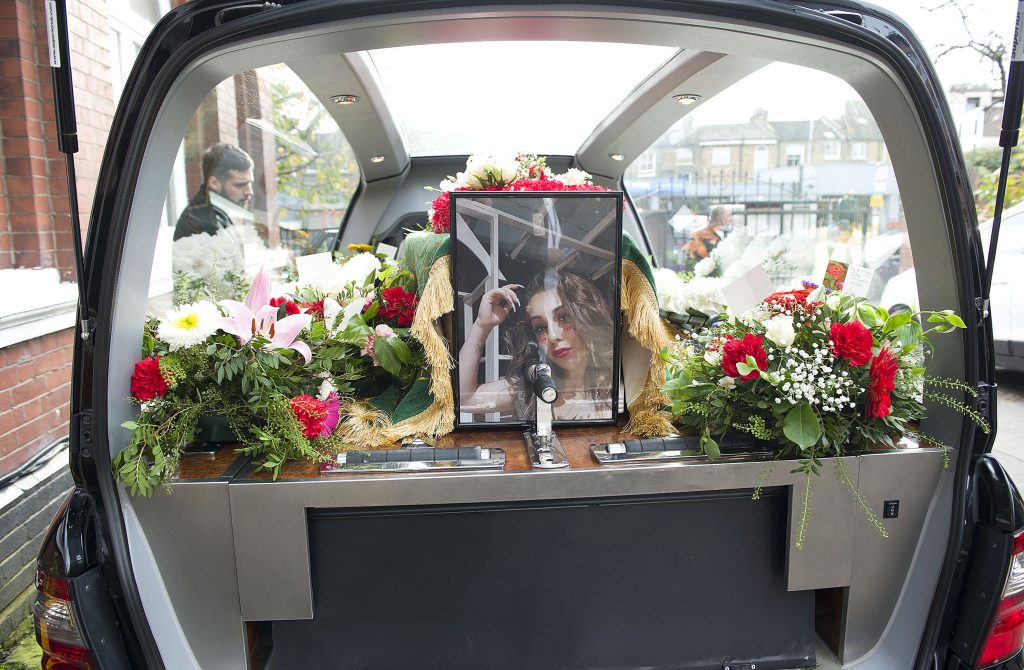 The funeral of a young mother of two killed in a car crash in the Turkish Republic of North Cyprus was held in East London on Wednesday, 11 November.

A service was held for Fatma Kaşıkçı, 24, at Shacklewell Lane Mosque in Dalston, where due to Covid restrictions only 30 relatives and close friends were able to attend. The funeral cortege passed outside her home in Ilford before she was laid to rest in Marks Gate Cemetery close by.

The distraught parents, father Hasan Kaşıkçı and his former wife Ayşe Çınar needed support throughout the prayers at the mosque and by the graveside.

Mr Kaşıkçı, who has a number of serious health problems, collapsed while in the mosque and an ambulance had to attend to him.

Fatma Kaşıkçı was killed when a small silver Mazda she was driving came off the Lefkoşa-Gazimağusa dual carriageway on Sunday evening, 18 October. The driver side of the car crumpled as it hit an electricity pylon near the Alpet-Hocaoğlu petrol station in the capital Lefkoşa.

Ms Kaşıkçı was pronounced dead at the scene. A passenger, Cuma Yıldırım, 23, was injured and taken to Lefkoşa State Hospital.

What initially seemed like a tragic car accident took a more sinister turn following serious allegations made by the victim’s mother.

Ayşe Çınar told T-VINE her daughter was being blackmailed at the time of her death, and has urged the Turkish Cypriot authorities to investigate the circumstances that led to the fatal accident.

Having travelled to North Cyprus from London on 16 October, Ms Kaşıkçı should have been in mandatory 7-day quarantine at the government-approved Riverside Hotel in Alsancak, Girne.

It’s not clear how Mr Yıldırım was able to visit Ms Kaşıkçı at the hotel, which is closed off to visitors, nor how the pair were able to leave her room given the security presence there.

The TRNC police continue to investigate into the events that led up to the young mother’s death. The UK coroner has also opened an inquest into the death.