The new album by BaBa ZuLa, Hayvan Gibi [‘Like An Animal’], was released by Night Dreamer last month.

In Turkish, the phrase ‘Hayvan Gibi’ is widely used for musicians who play extraordinarily; an expression of virtuosity about an unbelievably good performance, on a par with “Hey man, this band is out of this world,” making it an apt title for the new album.

Those who have watched the band live know that there is a difference between listening to any BaBa ZuLa album and having a live concert experience. The band members are transformed into a transcendental state of mind and the concert becomes a musical feast, in other words, a group meditation.

Keeping the same beats at its core, their extended songs with improvisations can quickly hook you in and it’s easy to get carried away with the tunes. Their great rhythms and melodies go further – you know the kind that can make even a statue come to life and dance.

Although some may find it boring, repeating rhythms in certain musical genres can put the listener in a trance, integrating with the music, deeply feeling the rhythms and getting lost in it, which I think, also holds the power to heal the soul. In fact, what can be so bad about getting rid of the mediocrity and evils of the world and discovering oneself in another dimension?

It’s possible to achieve the same mood with Sufi, heavy metal or electronic music – it depends entirely on the listener’s concentration levels and love of music.

Considering the musical meaning of the word ‘psychedelic’ – not the original one that evokes delusions produced by recreational chemicals, although this can also open the doors of perception – the spiritual and transcendental aspects of certain kinds of music can also be found in BaBa ZuLa.

The German Krautrock, for example, has a concept called ‘motoric rhythm’, which has the typical 4/4 time signature in European music, comprising of drums that progress unmistakably on a monotonous plane. Psytrance and other similar forms of electronic music come from the same essence; you can close your eyes and get lost in the music.

BaBa ZuLa is clearly influenced by many different tastes and styles, which are reflected in their own compositions. The difference lies in how they present this interaction to us: the beautiful melodies that play on Anatolian rhythms, with the electro saz and electro oud, designed by Murat Ertel and Periklis Tsoukalas, along with Levent Akman’s rhythms and electronic touches, and the drums of Ümit Adakale, all fused with deep experimentalism.

The band likes to explore, and create distinct experiences by working with diverse musicians who perform various styles of music, and that’s exactly what has embellished ‘the BaBa ZuLa sound’ over the years.

Another important factor that fosters the band and triggers their success is the improvisational abilities of its musicians. The band are continually invited to concerts and festivals all over the world because they offer a great international live experience, performing with beautiful harmony that resonates with diverse music audiences.

For those new to the band this, pretty much, is the essence of BaBa ZuLa’s music, which brings us to their new release Hayvan Gibi. Their tenth album contains six tracks, each representing a different animal. BaBa Zula fans will be no stranger to these songs. 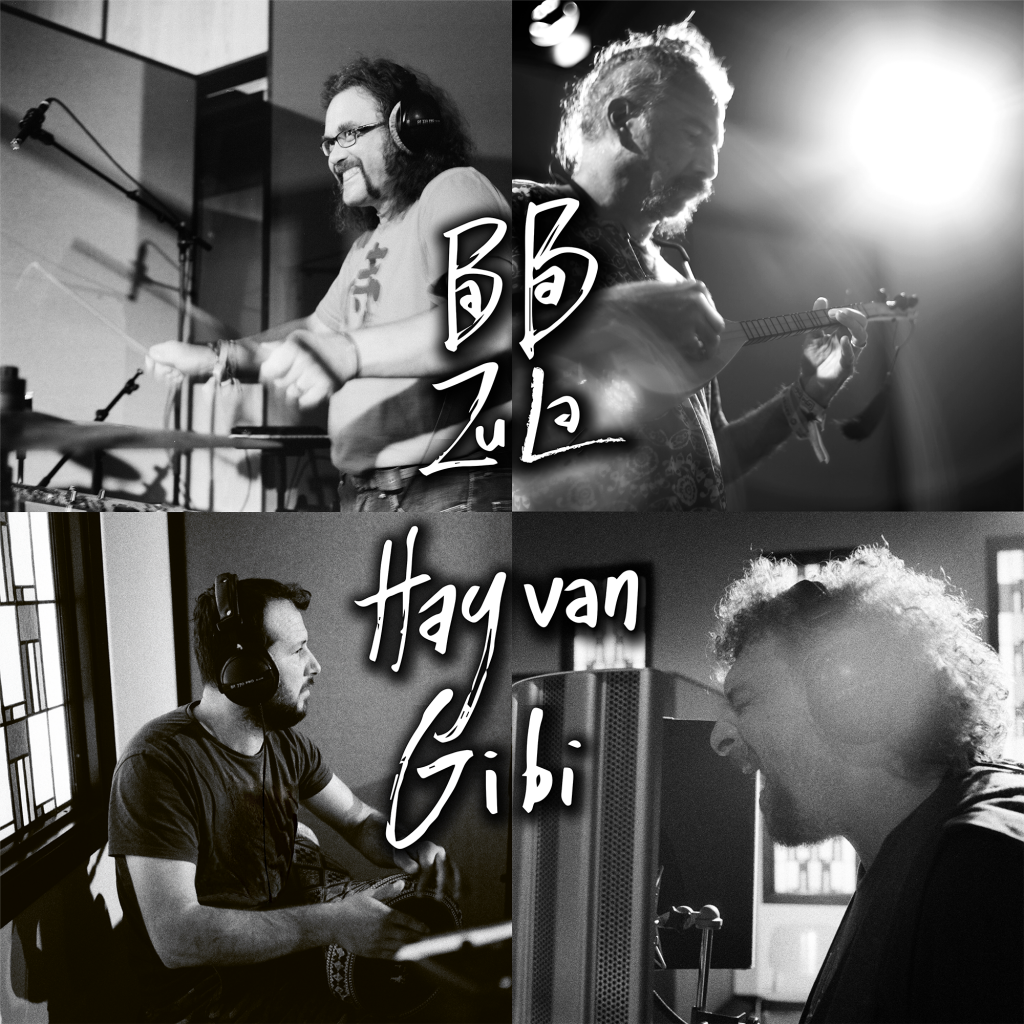 Initially, many started life as improvisational melodies interspersed with other tracks during Baba ZuLa’s concerts. On Hayvan Gibi they have found their own definition, recorded in the studio with a different feeling for this album.

The track Tavus Havası dates back to the 1996 film Tabutta Rövoşata (Somersault in the Coffin). In August 2019, it was recorded at Artone Studio, Netherlands, on Gülbaba Records as ‘direct-to-disc’. Essentially, there are no computer tricks, this and the other five tracks are played and recorded live, just like a concert recording, but in the studio.

Sadly the never-ending coronavirus pandemic means no tour in the near future to hear and see the band play live, but Hayvan Gibi is the next best thing, bringing the Istanbul psychedelic experience into our homes.

With a music career stretching back 25 years, BaBa ZuLa continues to share Anatolian music and culture with their audience through open-minded, modern interpretations and touches. I hope their global success will be everlasting, and they receive the recognition, respect and success they so richly deserve in their home country too.