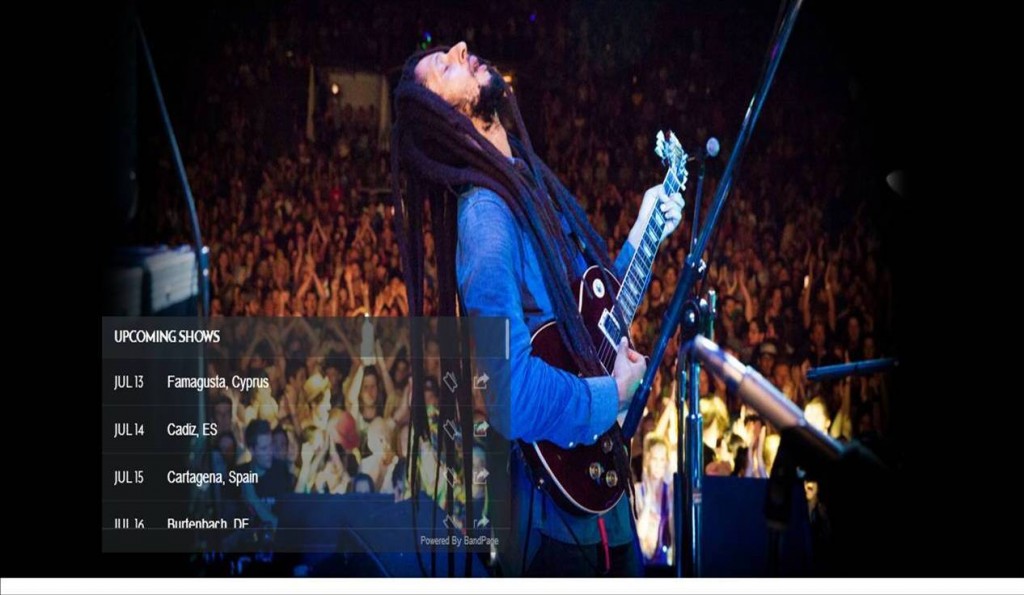 On Wednesday night, the ancient amphitheatre in Salamis will be rocking to the sounds of roots reggae, courtesy of Julian “Ju Ju” Marley, who headlines the Mağusa International Festival of Arts and Culture  (MIFAC). He is one of 11 artists that are performing at this year’s Festival, which runs until 28 July.

In 2010, his father’s backing band The Wailers played MIFAC. Now it’s the turn of Grammy-nominated Julian to bring his conscious music to Cyprus.

The star has three albums under his belt: Lion in the Morning (1996), A Time and Place (2003), and Awake (2009), seamlessly blending R&B, Soul, Hip Hop, Dancehall with his core musical style of Roots Reggae.

Born in London in 1975, Julian grew up in the British capital while regularly visiting his extended family in Jamaica. He was constantly surrounded by music and, not surprisingly, from an early age he set out to learn how to play various instruments, quickly mastering keyboard, drums, bass, and guitar. To these he added singing, songwriting and producing, working with a host of other artists including Lauryn Hill on her multi-million selling debut solo album The Miseducation of Lauryn Hill (1998).

He regularly collaborates with his brothers Ziggy, Stephen, Ky-mani and Damian Marley. In 1993, Stephen, Julian, Damian and Ky-mani formed a group called Ghetto Youths Crew, which they toured the USA for three years. The project grew into an acclaimed record label whose releases include Julian’s Awake and his brother Damian’s Welcome to Jamrock, as well as a charitable foundation that supports the lives of disadvantaged youths.

A Rastafarian, Julian places a great deal of emphasis on spirituality and humanitarian works, which in turn have shaped his life, music and worldview. He has performed all over the world, including in places many Western artists would usually ignore, such as Rabat, Morocco (2011) and Dhaka, Bangladesh (2013). In 2008, Julian and his Uprising band represented Jamaica by performing at the Beijing Olympics.

It’s fitting that a member of the legendary Marley family play MIFAC this year as it celebrates its twentieth anniversary. From the off, the festival set its sights high and has hosted a fantastic array of artists over the years.

Since its launch in 1995, the festival is widely credited as helping to put Mağusa and the TRNC on the international cultural map. No easy feat considering it is politically unrecognised and economically disadvantaged.

The festival’s importance was emphasised by Mağusa Council Leader İsmail Arter at a press conference in June to launch this year’s programme. He said MIFAC was, “not just valuable for the city, but also for the country,” driving many more visitors to North Cyprus.

Annually, the festival costs over a million Turkish Lira to put on due to the high calibre of artists its attracts. Yet the statistics show the huge success the festival has become.

Its diverse programme of music, dance and theatre are presented in stunning venues: the ancient 15,000 capacity Salamis Amphitheatre that overlooks the Mediterranean Sea, and a 14th century castle known as Othello’s Tower, located within the Old City walls. 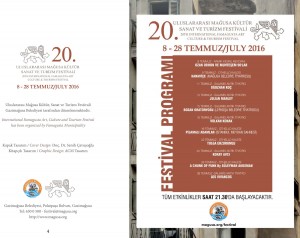 This year’s festival kicked off with a free concert by Turkish popstar Ozan Orhon in Namık Kemal Square on Saturday.

Superstars Volkan Konak and Koray Avcı from Turkey will be live at the Salamis Amphitheatre on the 18 and 25 July. North Cyprus favourite Pink Martini, from Oregon, USA, is also on this year’s bill.

Dance troupe Los Vivancos – seven brothers with killer looks and moves – return to the island to close this year’s festival on Thursday 28 July. Their unique blend of Flamenco, ballet, tap and martial arts is sure to be a sensational show.