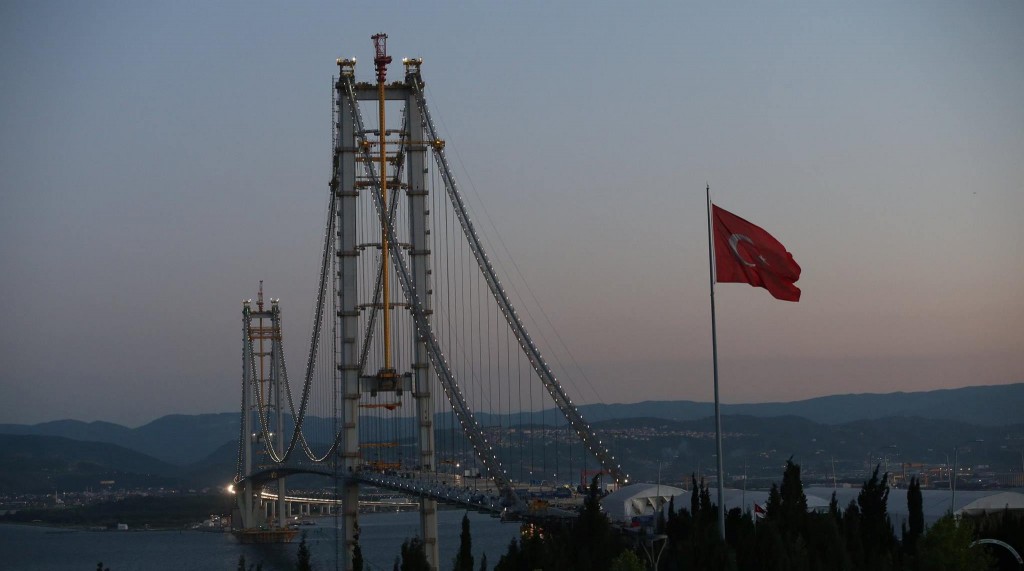 The bridge is named after Osman Gazi (1258-1326), the founder and first sultan of the Ottoman Empire. President Recep Tayyip Erdoğan and Prime Minister Binali Yıldırım presided over the inauguration ceremony.

They were joined by four times World Motorcycle Champion Kenan Sofuoğlu. The Turkish superstar racer set a speed record over the bridge, travelling 1.5 km in 26 seconds at a top speed of 400 km per hour on his unmodified Kawasaki H2R sports bike.

Construction on the earthquake-resistant bridge, stretching over the southern shore of the Marmara Sea, southeast of Istanbul, started in 2013 and cost $1.3 bn to build. Japanese company IHI, which was involved in the construction of the Second Bosphorus / ‘Fatih Sultan Mehmet’ Bridge in the 1980s, won the tender for the Osman Gazi Bridge.

The bridge lies on the route of the new Gebze-Orhangazi-İzmir Highway. The 433 km motorway is scheduled for completion in 2018 and will help cut by half the time needed to travel between Istanbul and its surrounding provinces, including major cities Bursa and İzmir.

The Gebze-Orhangazi-İzmir Highway is a public-private partnership. Estimated to cost $6.3 bn, it is the first road project in Turkey to be constructed under the build-operate-transfer (BOT) model and has led to the creation of 8,000 jobs.