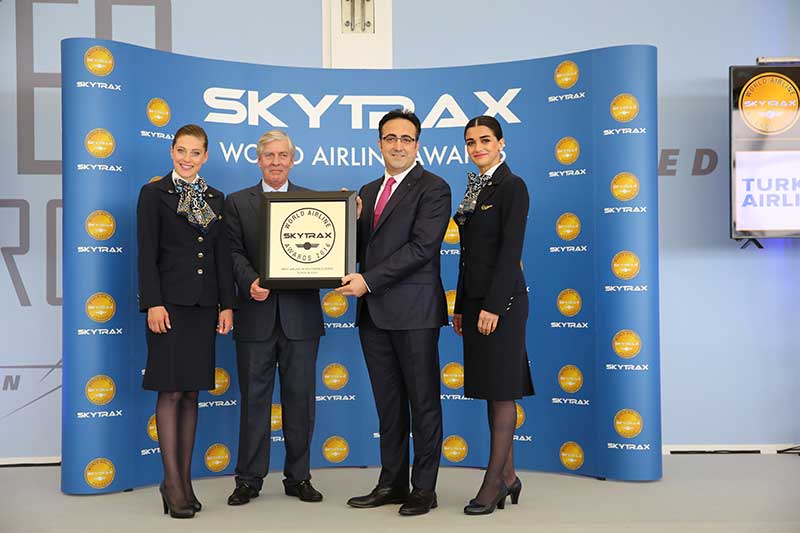 Passengers have again crowned Turkish Airlines the leading airline in Europe. Chairman İlker Aycı was presented with the award for Europe’s Best Airline at the 2016 Skytrax World Airlines Awards in Farnborough on Tuesday. The airline has won the award for six consecutive years*.

Described as “the Oscars of the aviation industry”, Skytrax is the industry’s biggest global airline passenger satisfaction survey. Independently-managed, the coveted awards are based on traveller experiences at 550 airports and 280 airlines. A total of 41 key performance indicators are used, covering check-in, arrivals, transfers, shopping, security and immigration, right through to departure at the gate and in-flight experiences.

This year’s awards were based on over 19.2 million questionnaires completed between August 2015 and May 2016 by people from all over the world. Turkish Airlines was the highest ranked airline in Europe, coming seventh globally, with Emirates voted the world’s best airline. Lufthansa was the only other European carrier to be listed in Skytrax’s Top 10 best airlines in the world. 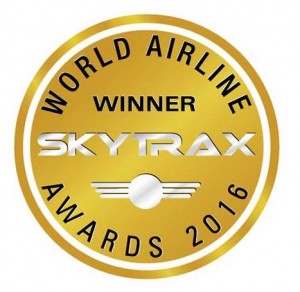 The carrier, a sponsor at this year’s UEFA Euro 2016 Finals in France, has been turned into a case study by Harvard Business School after enjoying double-digit growth over the past decade. It now flies to more territories than any other airline, serving 290 destinations in 116 countries.

After receiving this year’s awards at the Farnborough International Airshow, İlker Aycı said, “The Skytrax World Airline Awards are the result of the largest airline passenger satisfaction survey in the world. Every year, it delights us that millions of travellers again recognise Turkish Airlines as the ‘Best Airline in Europe’.”

He added,“The airline continues to be renowned for its seamless services, including our dining and in-flight entertainment experiences. The award marks a continued period of success for us.”