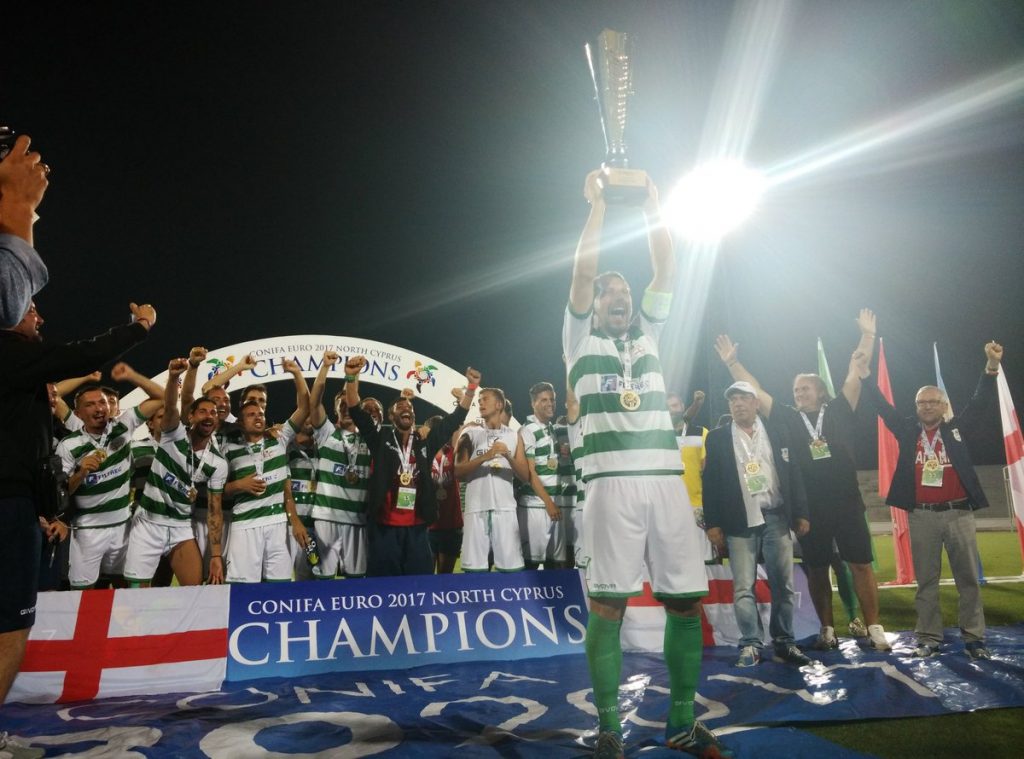 There was plenty of drama in the final game of the CONIFA European tournament at the Atatürk Stadium in Lefkoşa, North Cyprus. The hosts lost 5-3 to the reigning champions Padania following a penalty shootout on Saturday evening.

Padania, representing a region of northern Italy, took the lead in the 25th minute. North Cyprus nearly equalised on the stroke of half-time with a shot that hit the bar. They found an equaliser in the second half through Halil Turan’s goal in the 52nd minute and seemed poised to find a winner, hitting the woodwork again, but went a man down after Kenan Oshan was sent off in the 63rd minute for a bad tackle.

It was 1-1 at the end of 90 minutes, and CONIFA rules meant the game went straight to penalties. The Italians held their nerves, converting all four penalties, while the Turkish Cypriots missed their second and third attempts, losing the shootout 4-2, and the game 5-3.

In the match for third place, Székely Land from Romania, beat Abkhazia, from the Caucasus Mountains south of Russia, 3-1. The bad-tempered game had to be stopped at one point due to fighting on the pitch.

The week-long tournament had started last Sunday and involved eight teams. Those knocked out earlier were Ellan Vannin, Felvidék, Kárpátalja, and South Ossetia.

CONIFA is a world federation for football teams of internationally unrecognised nations and territories.

Visit the tournament website for full results from CONIFA Euro 2017.