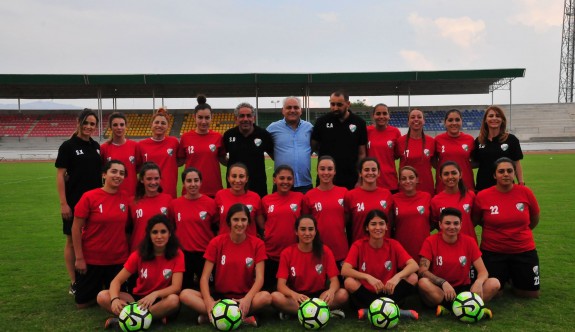 Already highly regarded for its progressive and inclusive approach to football, international body CONIFA is extending its remit to also incorporate women’s football.

The very first game is an international friendly between two European sides, hosts North Cyprus and Sapmi. The match will be played at 20 Temmuz Stadium in Kyrenia / Girne on Saturday 10 November.

The Confederation of Independent Football Associations (CONIFA) believes this major milestone will help stimulate competitive women’s football among its existing 49 members. In an announcement made last month, the independent body said the new development: “will be a long and committed venture into promoting women’s football around the globe, through all of our members”.

The voluntarily managed organisation is currently seeking to bring on board a volunteer Women’s Football Director to help oversee a global competition between women’s sides.

There is excitement in the Turkish Republic of North Cyprus about this historic game. The Turkish Cypriot FA (KTFF) first made efforts to develop women’s football over a decade ago, but this is the first time Turkish Cypriot female footballers will take part in an international game.

Serhat Deniz, who is managing the national women’s side, told Yenidüzen newspaper that the team’s preparations for the big game this weekend are going well and the team were “elated” to be taking part in CONIFA’s historic first-ever national women’s match. He described the moment as, “very important for our country” and also “very important for female footballers in our country.”

Deniz added, “I hope [CONIFA] can ensure this [international women’s football] continues and that it can become an aim for our women who play football.”

North Cyprus’ opponents are Scandinavian side Sapmi, a Finno-Ugric people who live in a region stretching across four countries: Norway, Sweden, Finland, and Russia.

Saturday’s game kicks off at 6pm local time (4pm UK time), with tickets available from the turnstiles. For those living further afield, the match will be televised live on national broadcaster BRT channel 2.