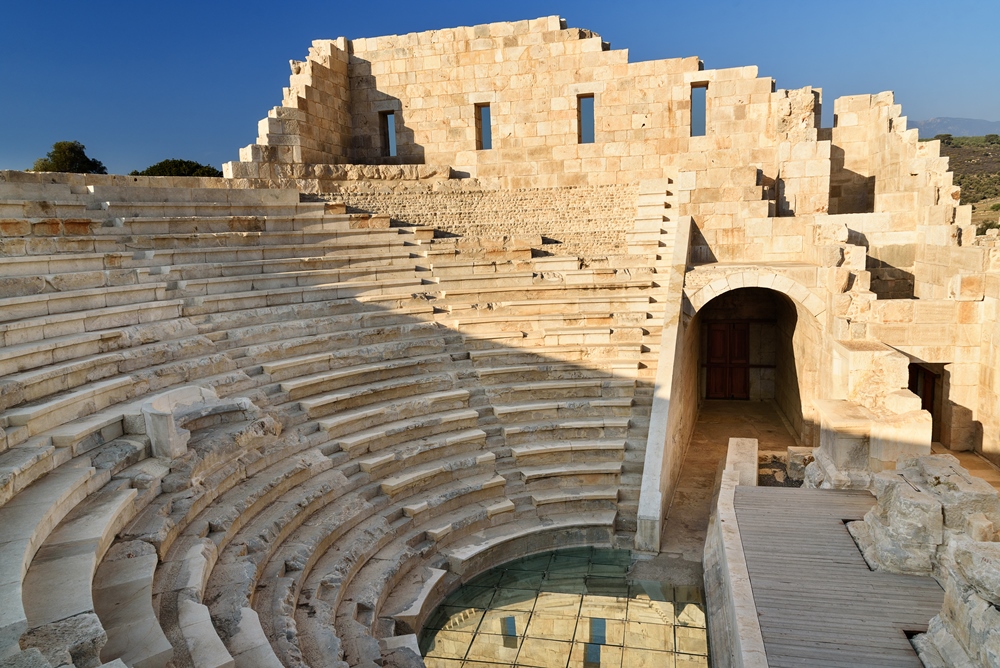 Americans voted in the midterm elections this week, casting ballots for various seats in Congress including 35 in the senate and all 435 of the House of Representatives.

As election fever swept the United States, T-VINE took a look at how an Ancient Anatolian civilisation influenced the authors of the US Constitution, and in particular the lower chamber of Congress.

Notable American Founding Fathers and signatories of the iconic document took inspiration from the Lycian people who had historically inhabited the mountainous area known as Lycia, or Likya, between the bays of Antalya and Fethiye on Turkey’s southern coast.

The earliest references to the people of Lycia appear in late Bronze Age sources from Turkey, Egypt and Syria. Pirates from the area are known to have made raids on Cyprus in the 14th Century BCE. Lycians also later joined fellow Anatolians the Hittites in a conflict with Egypt at the Battle of Kadesh near the modern-day Syria-Lebanon border in 1274 BCE.

Using their own language and alphabet until around the 3rd century BCE when they adopted Greek, Lycians were among the few non-Hellenistic civilisations of their time not to be considered “barbarians”.

Most unique to Lycia however, was its unparalleled system of representative government. The area’s ancient inhabitants organised themselves into the Lycian Union or League, which has been called, “the first known democratic union in history”.

One leading American Founding Father and first US Treasury Secretary, Alexander Hamilton, took note of this special reputation when contributing to the Federalist Papers, a series of letters to newspapers written anonymously in 1787-1788 calling on the then thirteen states to ratify the new US Constitution. In one article, Hamilton quoted the French philosopher Montesquieu on the merits of Lycian League, writing `Were I to give a model of an excellent Confederate Republic, it would be that of Lycia.’

Believed to have been founded around the year 205 BCE, the Lycian League consisted of various allied city states who sent representatives to a law-making assembly named the Synedrion, headed by a leader known as the “Lyciarch”. The Union would decide collectively on matters such as war, peace and alliances, as well as economic and legal matters and even maintained some autonomy over law and finance after being incorporated into the Roman Empire.

Twenty-three Lycian member cities would send one, two or three elected representatives to vote on their behalves in the assembly. The number of representatives and therefore votes, was determined by the size of the city.

Smaller towns joined together to send a single representative, minor or medium sized cities sent one or two, while the six largest cities Patara (where the assembly gathered), Pinara, Myra, Olympos, Tlos and Xanthos sent three.

The Lycian League followed the same proportions when allocating taxes and other public spending contributions. Hamilton paid close attention to this feature, writing that of the twenty three city-states “the largest were entitled to three votes in the Common Council, those of the middle class to two, and the smallest to one.”

The influence of this system appears clearly in Article 1, Section 2 of the US Constitution, which sets out the functions of the Congress’ lower chamber, the House of Representatives. The number of representatives per state and the share of tax to be paid by each for example, are allocated by population size, as Section 2 Clause 3 puts it, “Representatives and direct Taxes shall be apportioned among the several States which may be included within this Union, according to their respective Numbers … The Number of Representatives shall not exceed one for every thirty Thousand, but each State shall have at Least one Representative; and until such enumeration shall be made, the State of New Hampshire shall be entitled to chuse [sic] three, Massachusetts eight, Rhode-Island and Providence Plantations one, Connecticut five, New-York six, New Jersey four, Pennsylvania eight, Delaware one, Maryland six, Virginia ten, North Carolina five, South Carolina five, and Georgia three.”

This system is still in place today, presently, larger population states, for example California and Texas have 53 and 36 representatives each respectively and are entitled to a greater share of seats than medium and smaller states such as Indiana which has 9 and Alaska which has 1.

Another feature of the House of Representatives that resembles the Lycian Union’s assembly is the House’s role in selecting its own leader, known as the Speaker. Clause 5 declares that “The House of Representatives shall chuse their Speaker and other Officers;” similar to the role of the ancient Lycian Synedrion, which would convene annually to elect its Lyciarch and other federal positions.

What’s more, Lycia is not the only source of inspiration for America’s institutions taken from Turkish history. Remodelling work in 1949-1950 saw a portrait sculpture of the Ottoman Sultan Süleyman the Magnificent (r.1520-1566), known in Turkey as “Kanunî” or the “Lawgiver” placed on the gallery doors of the House of Representative’s main chamber along with 22 other historical figures credited with having established important principles that underpin American law.