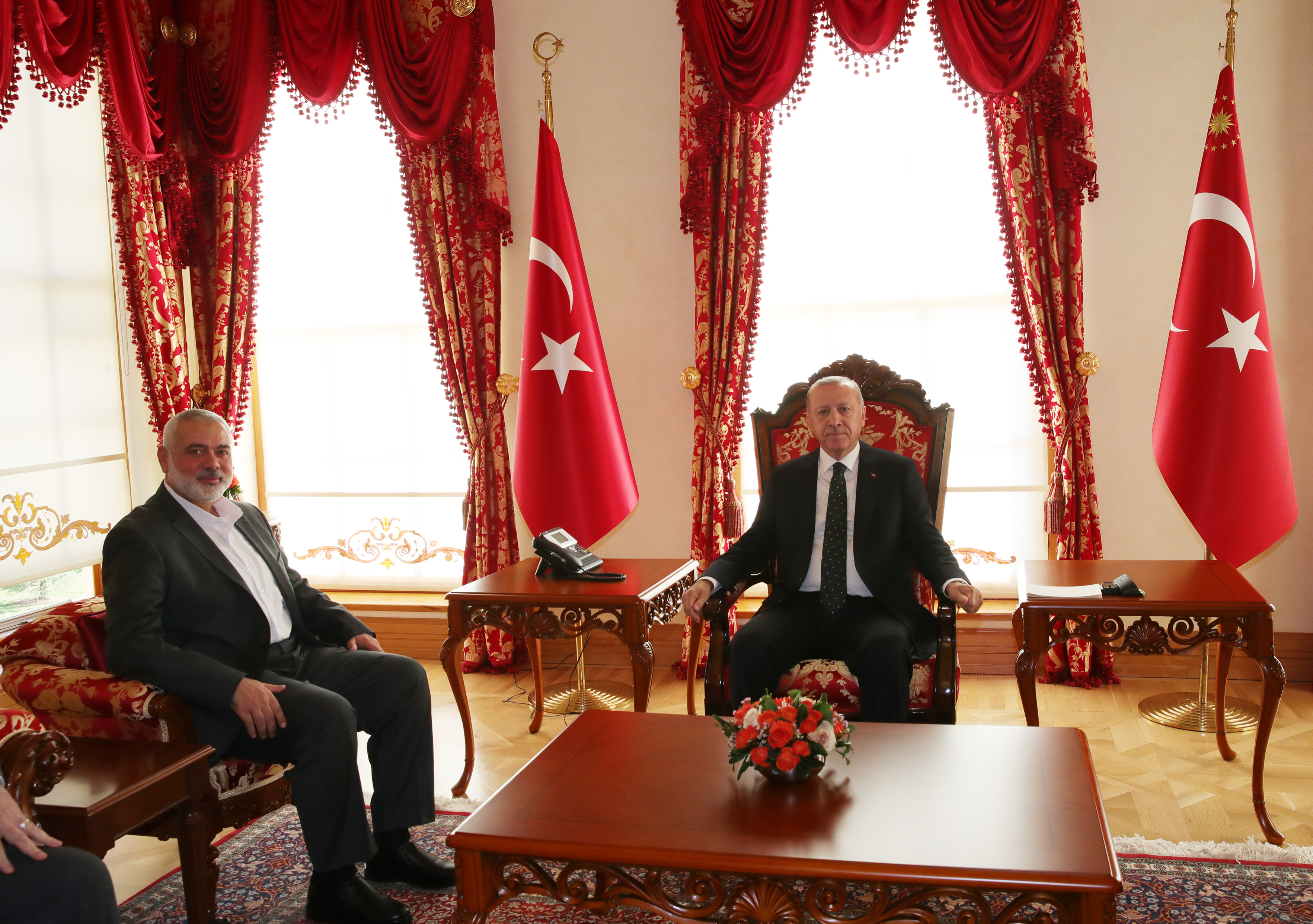 The opposition Republican People’s Party’s (CHP) Ahmet Ünal Çeviköz has pressed the AKP government for answers on how many members of Hamas have been given Turkish citizenship.

The MP’s questions, formally tabled in Parliament to the Turkish Vice President Fuat Oktay on Tuesday, follow press speculation that up to 12 members of the Palestinian group, widely recognised as a terror organisation, now hold Turkish passports.

Quoting an unnamed “senior source in the region”, the paper claimed seven of the 12 operatives had become Turkish citizens with passports, while the other five are in the process of receiving them.

At the time, a spokesman for the Turkish government declined to comment on the Telegraph’s story, calling them “baseless claims against Turkey by a foreign government.”

However, the claims were repeated by Israeli diplomat Roey Gilad to Reuters in a story published on Wednesday, 26 August. Gilad, Israel’s Chargé d’affaires in Turkey, said: “Some are in the process, some already got (the documents), but we are talking about around a dozen,” adding that the move was “a very unfriendly step,” which his government would raise with Turkish officials.

A day earlier Çeviköz, Turkey’s former ambassador to Britain, quizzed the AKP government on whether the claims were true.

Noting that “Hamas is recognised as a terrorist organization by many countries,” Çeviköz said that Turkey offering refuge to leaders of the group will not only “raise tensions” in the region, but also “hamper Turkey’s active role regarding the Palestinian issue.”

Çeviköz probed whether the granting of citizenship came about because of “the support Israel has given to Greece and Egypt’s maritime jurisdiction delimitation agreement”, and asked whether “Turkey and Israel have had a conversation about this issue?”

The ambassador-turned-politician questioned the wisdom of Turkey’s current foreign policy, arguing that the country’s national interests in the Eastern Mediterranean required the “normalisation of relations with Israel”, but instead the government’s strategy had left Turkey “alone and isolated.”

He also asked the Vice President whether President Erdoğan’s recent meeting with Ismail Haniyeh, the head of Hamas, “corresponds with our country’s interests and security in the Eastern Mediterranean?”

Haniyeh is understood to have arrived in Istanbul on 12 August. He, his deputy Saleh al-Arouri, and a number of other senior Hamas representatives met President Erdoğan in the city on Saturday, 22 August. Hakan Fidan, the head of Turkey’s National Intelligence Agency (MİT) head, Fahrettin Altun, the presidential communications director and presidential spokesperson İbrahim Kalın were also present at the meeting held at the Vahdettin Pavilion.

The Turkish President has a long-standing relationship with Haniyeh and regularly meet. The two men last came together at the same venue in Istanbul in February, which also raised eyebrows.

The one-time Prime Minister of the Palestinian Authority, Haniyeh took over the running of Hamas in 2017 and has since relocated to Doha for his own safety. He refuses to recognise Israel, although under his leadership Hamas has agreed to accept the 1967 borders for a Palestinian state.

Hamas was born during the 1987 Intifada, or uprising, against Israel. Regarded as the ‘Muslim Brotherhood of Palestine’, Hamas has ruled Gaza since 2006 – the last time elections were held in the Palestinian territories.

Since its inception, Hamas has refused to accept Israel’s right to exist, initially pledging to destroy its Jewish neighbour. Hamas has fought three wars with Israel, and its militant supporters regularly launch rockets from Gaza, sparking a harsh response from Israel.

The US designated Hamas a terrorist group in 1997. Haniyeh, who headed the Gaza administration from 2006 to 2017, was added to the US terror list by officials in 2018.

Turkey’s decision to host Hamas’ leaders has irked the Trump administration. The recent meeting in Istanbul led to a strongly-worded statement from the State Department on Tuesday:

“President Erdoğan’s continued outreach to this terrorist organization only serves to isolate Turkey from the international community, harms the interests of the Palestinian people, and undercuts global efforts to prevent terrorist attacks launched from Gaza.”

Turkey dismissed the criticism, issuing the following response from its Foreign Ministry:

“Declaring the legitimate representative of Hamas, who came to power after winning democratic elections in Gaza and is an important reality of the region, as a terrorist will not be of any contribution to efforts for peace and stability in the region.”

Turkish government’s inconsistency on treatment of Hamas and HDP

The AKP’s support of Hamas contrasts sharply with its approach to the People’s Democratic Party (HDP). Despite being democratically elected, representatives of the leftist, pro-Kurdish party are accused by the Turkish government of having links with the PKK, a Kurdish terror group whose armed insurgency has cost over 40,000 lives since 1984.

In the 2018 General Elections, HDP received 11.7% of votes, winning 67 seats from a possible 600. The results made HDP the third largest party in the Turkish Parliament. Yet hundreds of its members, including two former co-leaders Selahattin Demirtaş and Figen Yüksekdağ, have been detained and prosecuted for ‘supporting terrorism’.

In 2017, Yüksekdağ received sentences totalling six years after she was found guilty of a number of charges relating to “spreading terror propaganda.” The following year her HDP colleague Demirtaş was sentenced to four years and 8 months in jail also for making ‘terrorist propaganda’, following a speech he made at a Newroz celebration in March 2013. Of Kurdish heritage, Mr Demirtaş has consistently denied links to the PKK and denounced their violence.