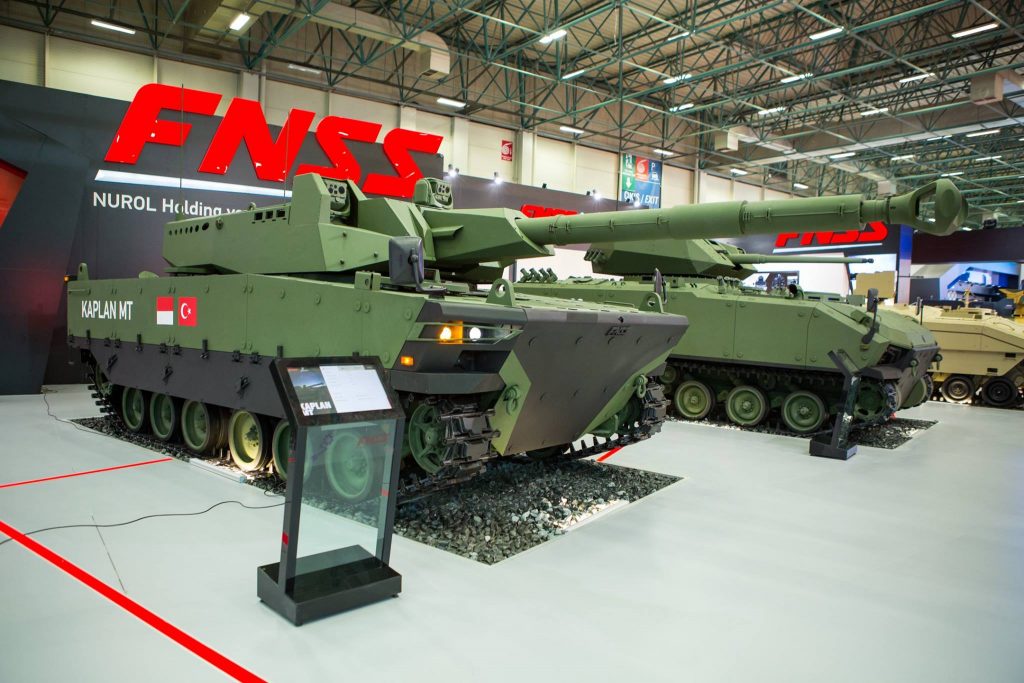 Turkey is continuing to extend its relations with Indonesia, the world’s largest Muslim country and biggest economy in Southeast Asia. Details emerged a few days ago of new bilateral projects that will enhance the defence strategies of both nations.

According to a news report in Daily Sabah, military collaboration between Turkey and Indonesia is being extended to the joint production of tanks, drones, submarines, weapons and radar systems. A Turkish-Indonesian prototype tank has already been developed, which will be publicly displayed during a military parade in the Indonesian capital Jakarta in October.

The tank project is led by FNSS, a firm jointly owned by Turkish firm Nurol Holding (the majority shareholder) and BAE Systems. Two variations of the Kaplan MT medium-weight tank are being built, with 40 tanks set to be produced for Turkey and up to 200 for Indonesia.

Working with Indonesia’s PT Pindad, FNSS unveiled their prototype Kaplan MT at the 13th International Defence Industry Fair (IDEF) in Istanbul in May this year. Costing an estimated $11.5 million to develop, the new generation tank brings improved capability to the battlefield with its superior firepower and greater vehicle agility.

Submarines form another area of co-operation. Operating under license from ThyssenKrupp, the Turkish defence sector is currently constructing six submarines in the Gölcük Shipyard, 51 miles outside of Istanbul. The first submarine is set to be delivered in 2021.

Daily Sabah reports that Indonesia is keen “to gain know-how” on the production of these underwater vessels and that a deal for a submarine joint venture “is near completion”. The same report claims that the manufacture of new drones and aircraft are also in the pipeline, while Turkish radar systems are already in use in Indonesia.

In addition, troops from the two countries are now regularly participating in joint military programmes and exercises. The activity forms part of the framework for ongoing defence co-operation and shared military intelligence.

Last month, when Indonesian President Joko Widodo paid a visit to Ankara, he spoke about new defence opportunities for both countries: “We agreed to expand our cooperation regarding submarine and drone building, and it will be followed up by teams from both countries.”

President Recep Tayyip Erdoğan had paved the way for improved bilateral ties when he visited Jakarta two years earlier. Accompanied by a delegation of 200 business people, he expressed his desire for closer economic and intelligence sharing between Turkey and the Southeast Asian state, hoping that the newly-formed Turkey-Indonesia Forum would serve as an important platform from which vital business projects could emerge. President Erdoğan also emphasised the need for the two states two work together to combat their shared problem of terrorism and radicalisation.

Turkey and Indonesia currently enjoy an annual trade volume of around $2 bn. Turkey’s primary exports to Indonesia are tobacco and manufactured tobacco substitutes, machinery, nuclear reactors, boilers. They also sell milling products, malt, starches, inulin, and wheat gluten. In the other direction, Turks buy in animal and vegetable fats and oils, as well as manmade staple fibres, manmade filaments, and rubber from Indonesia.