Philanthropist Osman Kavala has spent over 1,000 days in detention in Turkey 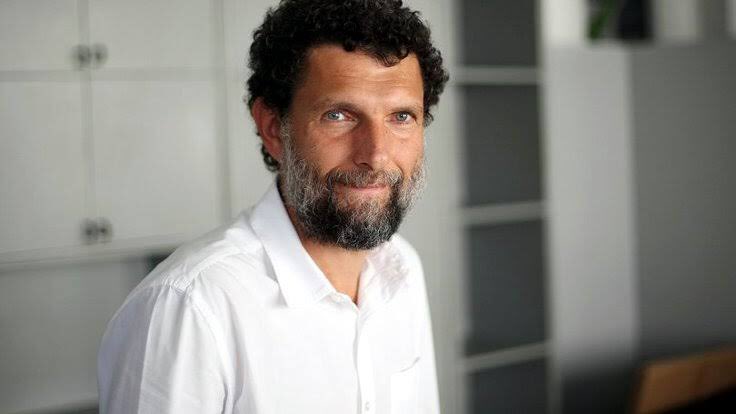 Amnesty International, the US State Department, and Nacho Sánchez Amor, the European Parliament’s Rapporteur on Turkey, led the international calls for the immediate release of Osman Kavala.

The Turkish businessman has been held in jail since November 2017 despite not being convicted of any crime.

A crescendo of calls for Mr Kavala’s freedom came on Monday, 27 July – the 1,000thday of his detention on what he and his supporters claim are trumped-up charges.

“We call upon Turkey to comply with its own commitment to justice and rule of law and to release Osman Kavala from detention, while pursuing a just, transparent, and speedy resolution to his case.”

Spanish MEP and EP standing Rapporteur on Turkey Mr Sánchez Amor tweeted: “Everyday #OsmanKavala remains in prison against the @ECHR_CEDH ruling, Turkey remains a bit further apart from European standards on #HumanRights and #RuleOfLaw. It’s been already 1000 days! Until when will this situation continue? It’s time for real justice.”

“I remain deeply concerned about this case, and am counting the days of arbitrary detention #OsmanKavala is serving for defending #culturalrights,” Karima Bennoune, the United Nations Special Rapporteur in the field of cultural rights, said in her Twitter post.

#FreeOsmanKavala
Everyday #OsmanKavala remains in prison against the @ECHR_CEDH ruling, Turkey remains a bit further apart from European standards on #HumanRights and #RuleOfLaw. It’s been already 1000 days! Until when will this situation continue? It’s time for real justice. pic.twitter.com/X8aIutmbd7

The 62-year-old director of Anadolu Kültür, an organisation championing cultural diversity and rights, was initially charged with financing anti-government Gezi protests in 2013.

In December 2019, the European Court of Human Rights (ECHR) said that Mr Kavala’s prolonged pre-trial dentation was a violation of his human rights and ruled that he should be freed immediately.

However, he remained imprisoned until 18 February of this year, when he and eight other defendants were acquitted of all Gezi charges. Mr Kavala was then rearrested for espionage, and accused of being part of the failed 2016 coup.

Mr Kavala’s legal team say there is no evidence to link him go the coup attempt, and that his prosecution and imprisonment are “driven by an ulterior motive – [of] silencing him and civil society”.

The internationally respected philanthropist remains in Silivri High Security Prison, from where he issued this statement on Monday:

“After the new charges, invented at the last minute to continue my detention, we have reached such a point that it will no longer be possible to find a legal cover for the ongoing lawlessness.” 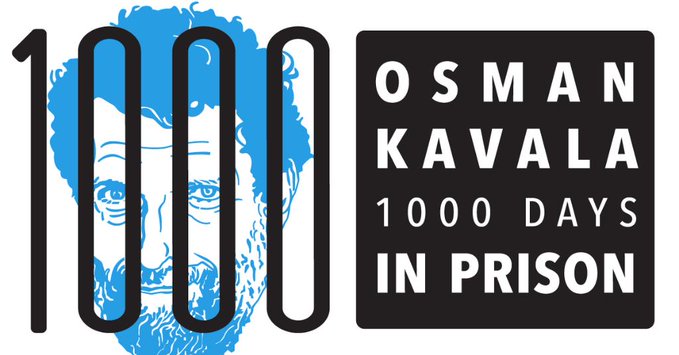 At an online press event on Saturday, Mr Kavala’s wife Ayşe Buğra said: “We’ve had 1,000 days stolen from our life.”

“My husband’s mother is over the age of 90 and she doesn’t know whether she will ever see her son again,” she added.

In an effort to draw attention to 1000 days of “unlawful” detention, the Free Osman Kavala Campaign dedicated Monday to creative activities around the world. There were video clips about Mr Kavala’s important philanthropic support, inspiring campaign artwork, and symbolic acts such as laying out 1,000 pebbles on Parliament Hill, overlooking London.

Speaking in advance of Monday. Amnesty International’s Turkey Campaigner Milena Buyum said: “We have been deeply moved by the outpouring of creativity in support of Osman Kavala across the globe. People from all over the world are determined not to let this darkly symbolic day pass unnoticed.”

“We will not stop until he walks free and this unbearable injustice ends,” said a spokesperson from the Free Osman Kavala Campaign.