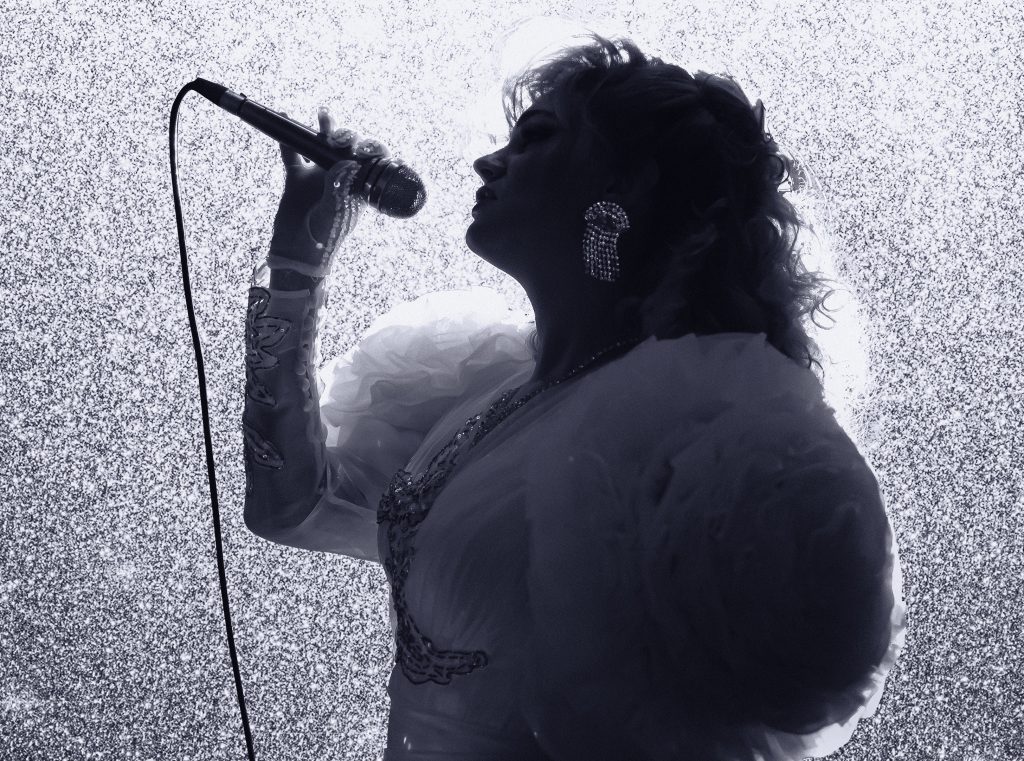 The Turkiye-Germany Film Festival returns for its 26th outing with a magnificent gala on Friday, 11 March..

This year’s opening movie is Bergen, starring Farah Zeynep Abdullah in the lead role. The film is based on a tragic real-life story about Bergen, a Turkish arabesque singer with a cult following who fights to keep performing despite enduring a violent relationship with her husband, who ends up killing her.

At the height of her career in the 80s, Bergen’s husband throws acid at her, blinding her in one eye. Yet she perseveres and returns to the stage, using her long hair to cover her blind eye, while her sultry voice wins over ever more fans. In the background, her tumultuous relationship with her now ex-partner continues, and she lives in perpetual fear of what he may do.

Scripted for the big screen, the project has taken a long time to come to fruition. Its screening now seems more topical than ever given the large number of women enduring domestic violence in their daily lives in Turkey.

Mine Şengöz, the producer of Bergen, and the film’s stars Farah Zeynep Abdullah, Erdal Beşikçioğlu, Tilbe Saran and Nergis Öztürk will be among the guests attending for its world premiere in Nuremberg.

Other highlights of this year’s festival include Claudia Tronnier, and Ahmet Boyacıoğlu, being honoured for their contribution to film. They join a long list of distinguished winners (see below for full list). Tronnie and Boyacıoğlu will be presented with their awards at the Opening Gala.

Tickets for the Opening Gala (premiere and opening film) are now available online from: fftd.net The festival’s full programme will be announced later this week.