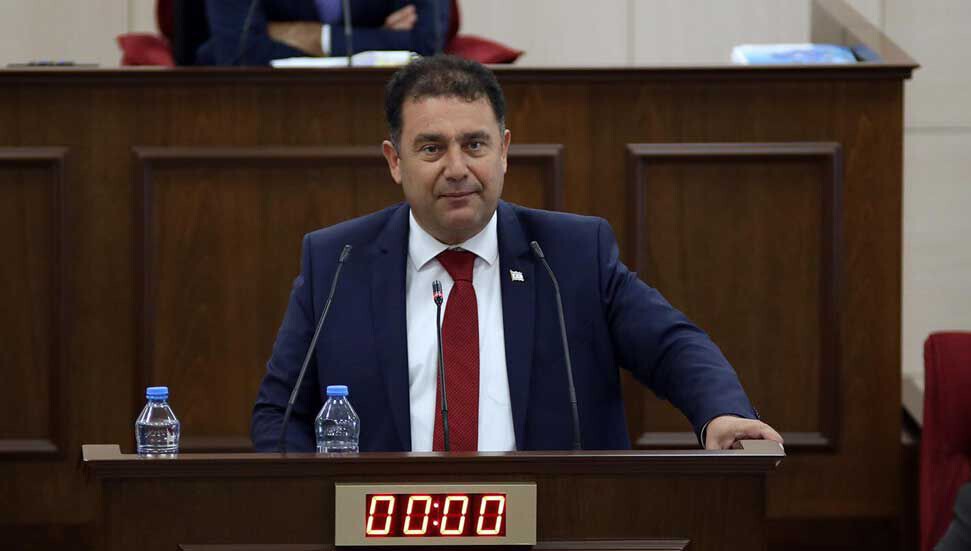 The Prime Minister for the Turkish Republic of North Cyprus (TRNC) has called for an early General Election after MPs refused to back his preferred candidate to be the new Speaker of Parliament.

Ersan Saner of the National Unity Party (UBP) had nominated Resmiye Canaltay, a female Member of Parliament (MP) from his party, to become the next Parliamentary Speaker. However, for the second time in a week the Prime Minister’s efforts were rebuffed.

All 19 sitting UBP MPs supported Canaltay in Monday’s vote. However, 27 MPs, including members of the coalition government, voted against. Two MPs abstained.

Tufan Erhürman, the main opposition leader of the Republican Turkish Party (CTP), told Parliament that his party’s vote was directed against UBP and was not a rejection of Canaltay herself.

Local media reports claim the General Election could now be held on 18 or 25 April 2021. The date will be confirmed by Parliament.

Özersay was among several MPs to state that the internal problems of UBP was affecting the government. Last year, the party decided to suspend their leadership contest after the role was vacated by Ersin Tatar’s victory in the TRNC Presidential Election.

The run-off between Faiz Sucuoğlu and Hasan Taçoy was unexpectedly called off, and instead Saner was appointed UBP leader, resulting in cries of ‘foul play’ and a widespread belief there was external interference in the decision.

Former Foreign Minister Özersay said it was not right for the country to be “dragged into chaos” due to more electoral uncertainty, but that his party was “ready” for the elections.

Erhürman was also critical of the government, claimed that Saner’s recently formed minority government was “still born”. He said CTP had refused to back the Prime Minister’s choice of Parliamentary Speaker to reflect their ‘lack of confidence’ in the government.

The CTP leader told Parliament that Saner’s call for an early election was essentially the resignation of his government, which was duly accepted.

Erhürman added that under the circumstances, it would be inappropriate for Saner’s government to continue making political appointments given the fact the country was now heading for a General Election.

The TRNC is governed by a Parliamentary system with a total of fifty MPs, but election results rarely produce a majority government.

Only UBP have managed that feat, once in 1990, when it won 34 seats, and again in 2009 with 26 seats, both under the leadership of Derviş Eroğlu – Resmiye Canaltay’s father.

Since the TRNC was formed in 1983, the vast majority of governments have been short-lived coalitions, with none able to survive a full five year term. Most barely manage two years.

The current coalition government headed by Ersan Saner is the third since the last General Election, of 7 January 2018.

The development ended two months of political deadlock, following the collapse of the previous TRNC coalition government between UBP and HP.

Currently, 48 out of a maximum 50 MPs are sitting in Parliament, with two seats vacated by two former UBP Prime Ministers.

Ersin Tatar’s seat became vacant when he was elected President in October, while Hüseyin Özgürgün has refused to take his seat in Parliament following the 2018 General Election after he became the subject of a fraud investigation.

Tatar and Özgürgün’s absence mean UBP’s total number of MPs is down from 21 to 19. CTP is the next largest party in Parliament with 12 seats. HP are down to 6 MPs after three of its MPs resigned and now sit as independents. TDP and DP have 3 MPs each, and YDP has two.