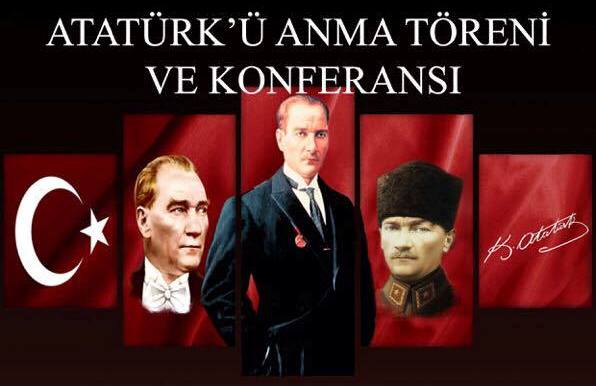 The Çanakkale Remembrance Platform (Çanakkale Anma Platformu) has released details of their annual conference and dinner in honour of Mustafa Kemal Atatürk.

Associate Prof. Orhan Çekiç, one of Turkey’s leading authorities on the founder of the Turkish Republic, will be speaking about the final year of Atatürk’s life, which ended on 10 November 1938.

The subject of a best-selling book he recently published, Çekiç’s fascinating talk will cover major issues from that year, as well as lesser known facts about the man Time Magazine named ‘The Biggest Leader of the Twentieth Century’.

Like his book, expect Çekiç to explain why Atatürk was against an Executive Presidency for Turkey, and why he chose to part ways with long-standing military friends. There will be insights into his relations with İsmet İnönü and new Turkish Prime Minister Celâl Bayar, as well as why there was no autopsy on Atatürk, and who the beneficiaries of his will were.

After the talk, guests will be able to enjoy a meal at the DoubleTree Hilton Hotel, West End. Tickets for the conference and dinner are priced £40 – see below for details on where to obtain them.

Who is Orhan Çekiç?

Çekiç was born in 1944 in İskenderun, Turkey. He graduated from the Faculty of Political Sciences, University of Ankara, and received his Master and Doctorate from Marmara University, Istanbul. He was the Department Head of the History of Atatürk Principles and Turkish Revolution at the University of Maltepe from 2000 to 2015. He is also the Founding President of the university’s Atatürk Research Centre.

More recently he created a virtual Atatürk Institute which includes a vast archive of historical documents from the Ottoman era through to the Turkish Republic. The Institute aims to become a primary source of information about the Republic era, documenting its growth and gains, with a particular emphasis on Atatürk and his reforms. 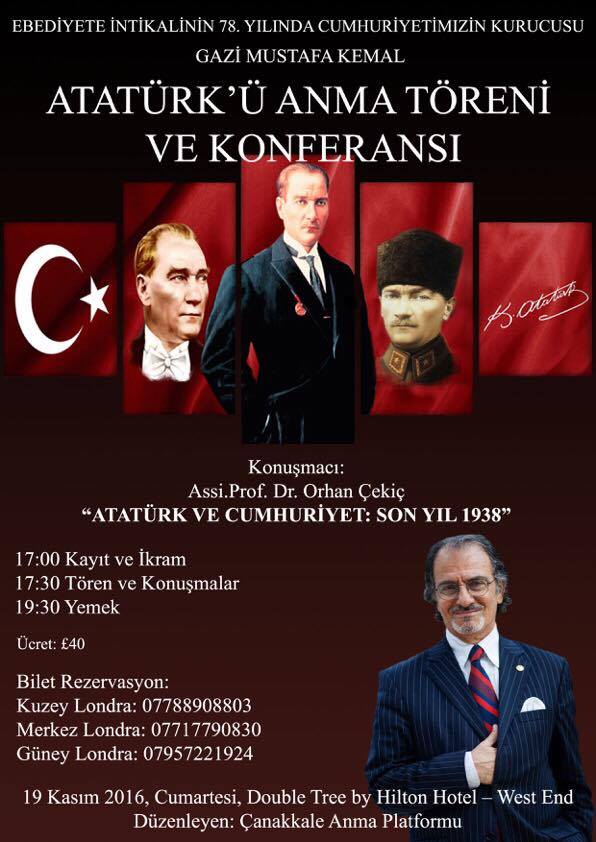