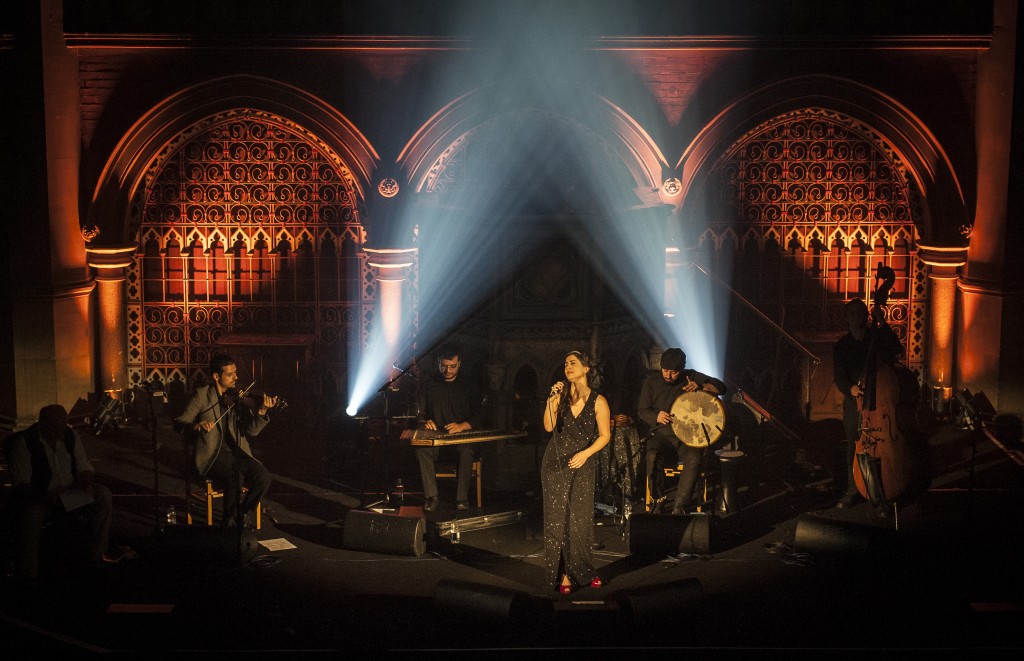 Slight in frame but big in voice Çiğdem Aslan, is an enchanting addition to the musical world of rebetiko or ‘the Aegean Blues’.

In her most recent London concert, Aslan transported audience members from the wooden pews of   Islington’s 19th Century Gothic style Union Chapel to the cobbled side streets of Smyrna (Izmir), the vibrant popular quarters of Constantinople (Istanbul), and the bustling working class areas of Athens.

Aslan delighted audience members with the contemporary reworking of old rebetiko (also called  rembetiko or rebetika) style songs – the shared musical repertoire of the Turks and Greeks, born before the collapse of the Ottoman Empire and the 1920s mass population exchange between Turkey and Greece.

Traditionally this is the music of the somewhat ‘rebellious’ underclass, and Aslan captured the spirit of rebetiko not only through her vast vocal ability and rich musical palate, but also through her charismatic stage presence. Aslan’s animated presentation, although subtle, alternated between charming, playful and stately bringing to life the characters found in the well-chosen interspersed readings by bestselling author Louis de Bernières of his World War I Turkish-Greek novel Birds Without Wings. This provided an extra creative dimension to an already memorable concert; one which will carve a place in our musical memories long after Aslan has safely returned us to our wooden pews in Islington.