Review: Yosma “modernising, refreshing and re-energising” the way Turkish restaurants are presented in the UK 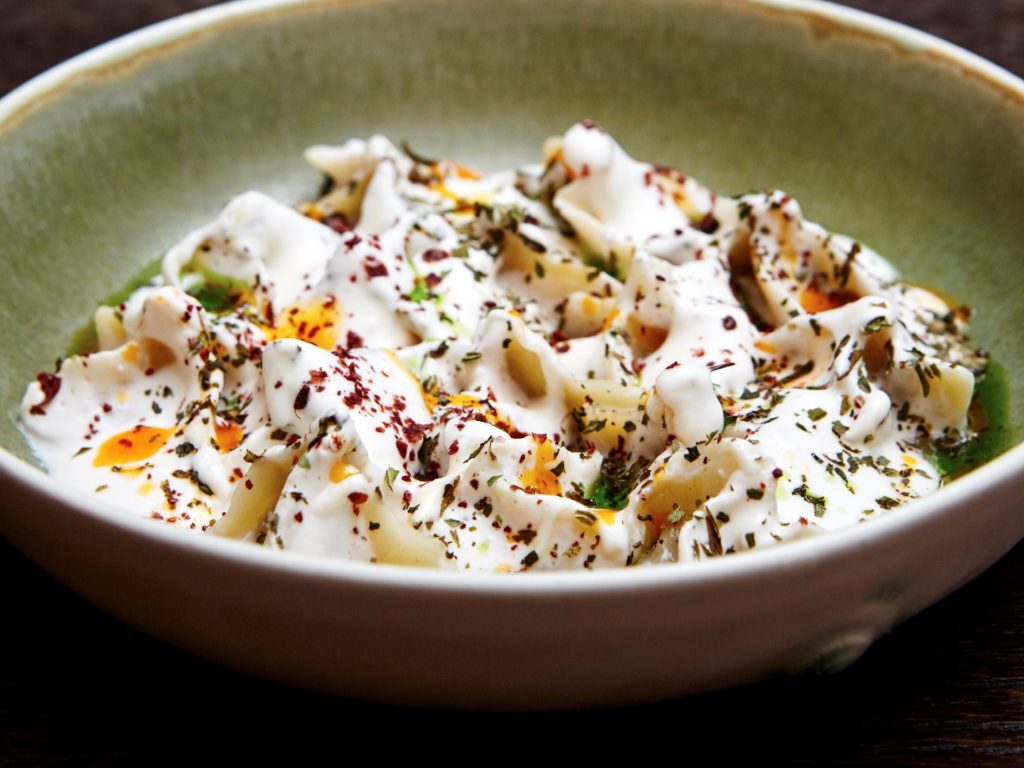 “I’m going to Yosma tonight”, I tell my Turkish Cypriot mum. She raises an eyebrow and wonders what I’m up to. She lets me know that the translation of yosma can mean, loosely, a ‘flirt’, ‘coquette’, and more insinuatingly, ‘scarlet woman’. Ooo-err, I had no idea, mum.

Yosma is owned and operated by restaurant players with some serious ‘wedge’, the Good Food Society founded by Levent Büyükugur (founder of Istanbul Doors, the first corporate restaurant group in Turkey), and Sanjay Nandi. Bringing on board Hus Vedat as Executive Chef, a British chef with Turkish Cypriot parentage, the team behind Yosma are doing lots to raise the profile of Turkish food in the capital.

Hus has a solid background, which included Ceviche and Jamie Oliver’s barbecue restaurant Barbecoa, and has already been receiving critical acclaim, including praise from Fay Maschler in The Evening Standard.

It’s a big establishment sitting plum in the middle of Baker Street, an ambitious location for this self-styled ‘mangal, meyhãne and raki bar’ – there’s no doubt that the team have the moves to meet the lofty ambition.

A large mangal dominates the room, and is put to excellent use with superior versions of Ali Nazik, kuzu kaburga, barbecued daily fish, and fantastic köfte made with lamb shoulder. The lamb chops are worth a go, too.

They have taken the humble mantı (pictured top) dumpling and thrust it into the limelight, rarely seen, let alone done well in London. Lamb neck and scrag in the dumpling, doused with yogurt sauce, chilli oil and mint – a star dish.

Turkish wine is also having a ‘moment’, and representation is strong on the list here, with highlights of the big burly red Vourla from Urla Winery, Pasaeli’s Papaskarasi, and the aromatic Muscat from Prodom Misket. Or pile into the extensive rakı selection, if you’re brave enough.

The strength of Yosma is already in the styling of classic Turkish dishes, taking the idea of the mangal and modernising, refreshing and re-energising the way Turkish restaurants are presented to a UK audience.

It’s ok mum, this Yosma is for keeps. Raise a glass to Yosma – şerefe!

This review was penned in November 2016. All photos © Patricia Niven