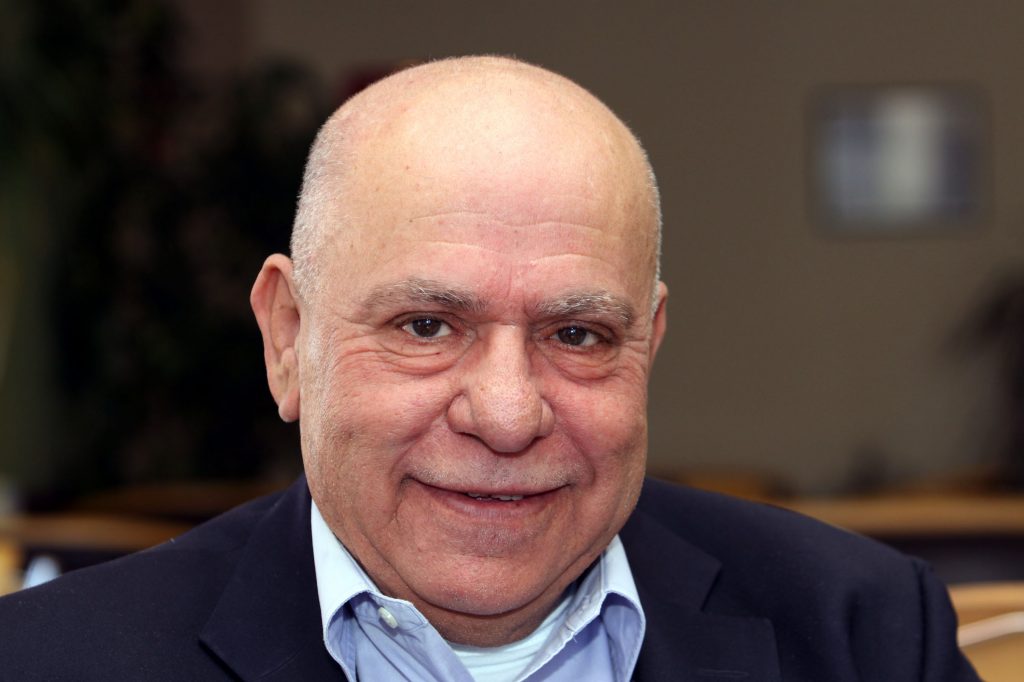 Veteran community activist Hasan Raif has died of cancer. He passed away in the early hours of the morning on the last day of 2017.

The death of the married father of two has been greeted with universal sadness. Condolences were offered by Haringey Councillor Emine Ibrahim, who wrote on her Facebook and Twitter pages, “Devastated at the news of the passing of Hasan Raif, a legendary fighter for peace and reunification of Cyprus. Hasan’s work within the Cypriot Diaspora over decades and on the UK Cypriot Left cannot even be quantified. RIP Hasan Raif”.

Others who paid tribute to Raif included media such as Turkish online paper Eurovizyon and British Greek Cypriot paper Parikiaki, the National Federation of [Greek] Cypriots, and MPs Catherine West, who called him “a real Haringey hero”, and Bambos Charalambos, who wrote under Emine Ibrahim’s Facebook post that he was “very sad and sorry to hear of Hasan’s passing”, calling Raif “a passionate, caring and hard-working man”, who will be “missed by the community and the Labour Party.”

In an obituary penned by author and journalist Faruk Eskioğlu for online left-leaning newspaper Açık Gazete, Raif was described as a “revolutionary” from the “Generation of ‘68”. A committed socialist, Raif had once told Eskioğlu that “As long as I’ve known myself, I’ve been a socialist and I will remain so until I die.”

Devastated at the news of the passing of Hasan Raif, a legendary fighter for peace and reunification of Cyprus. Hasan’s work within the Cypriot Diaspora over decades and on the UK Cypriot Left cannot even be quantified. RIP Hasan Raif pic.twitter.com/NgHFaS1irL

Raif was born in Çanakkale / Kantou, a village outside Limasol, southern Cyprus, in June 1948. The outbreak of conflict on the island in December 1963 saw Turkish Cypriots under siege, prompting many, including the teenage Raif, to take up service as a volunteer soldier (mücahit) in the defence of the community. Raif spent nearly five years as a mucahit.

He started his undergraduate engineering course at Istanbul Technical University (ITU) in 1968, at a time when Turkey was going through major political turmoil. It was as a student that Raif became entrenched in left-wing politics, setting up the ITU Turkish Cypriot Association. He was heavily influenced by the ’68 Movement that started with the killing of Che Guevera in 1967, sparking anti-capitalist, anti-militarist protests in Paris and elsewhere, including Turkey, the following year. Raif became friends with many of the leaders of Turkey’s hard-left revolutionary movement, including Deniz Gezmiş, Mahir Çayan, and Hüseyin İnan, and while he didn’t partake in their armed struggle, campaigning alongside them left an indelible mark on his life and worldview.

Many of Raif’s Turkish Cypriot peers at the time also regarded themselves as communist revolutionaries taking on the country’s fascists by joining Turkish workers to protest and fight against American neo-imperialism. As Eskioğlu notes, Raif had friends who were “killed by fascist bullets, and friends who were abducted too”. Raif too came close to death, recounting a story about walking in Istanbul’s Beyoğlu district when fascists tried, but failed, to push him under a moving car.

After graduating in 1973, he returned to Cyprus and worked in a Greek Cypriot firm. He also joined the recently formed Republican Turkish Party (CTP), a left-leaning party.

When the 1974 War broke out, Raif took refuge in the British bases. In the aftermath of the conflict, which left the island ethnically divided into two zones, Raif crossed to the North along with thousands of other Turkish Cypriots. He became actively involved in CTP, turning out as a Parliamentary candidate for them, as well as a councillor for Güzelyurt Town Council. He was elected as the latter and went on to served as the Council Deputy Leader.

He got married to Gülşen in 1977 and they decided to move to the UK soon after, where he initially worked in the construction sector. Within a short time of arriving in London, Raif became active in Turkish Cypriot community politics. As a committed socialist, he also found a warm welcome in the arms of the Labour Party, and was a regular campaigner for them.

A leading light among the British Turkish Cypriot Left, Raif joined and was quickly elected as the General Secretary of the Turkish Cypriot Democracy Association (TCDA), a post he held for many years. He remained closely aligned with the politics of CTP, ensuring TCDA became an important vehicle to campaign for justice and democracy of Cypriots, calling out political figures who claimed to be working for the reunification of the island, yet whose actions undermined that very goal.

It was Raif’s conviction to help unite his native homeland that set him apart from others, and brought him into conflict with members of his own community who preferred the island’s division and closeness to Turkey. Raif was a prominent champion of the co-existence of Cypriots, believing it was key to achieving a lasting peace in Cyprus. As such, he often chose to remain silent on actions taken by the Greek Cypriot side that undermined the fundamental rights of their former partners, the Turkish Cypriots. Raif’s stance brought him the respect and support of the Greek Cypriot authorities and community groups, but it also condemned him to the margins of mainstream Turkish Cypriot political circles, dominated for years by nationalists, who viewed Raif’s actions as “treacherous”.

Raif’s support for his own community was felt in other ways. He helped establish the Turkish Cypriot Community Association (TCCA), which celebrated its fortieth anniversary last year. Together with fellow founder members such as Yaşar İsmailoğlu, Raif pushed Hackney Council to give the organisation its first home, a building on Green Lanes, Newington Green.

He was on the TCCA’s Board of Trustees and also served on the management committee for the British Turkish Football Federation. Separately, Raif chaired and was a committee member of the Cypriot Community Centre in Wood Green.

T-VINE columnist Ertanch Hidayettin, who first met Raif in the mid-70s when he started attending TCDA meetings, said, “Hasan Raif was a true community activist. For years he served his community tirelessly, and was instrumental in starting important community initiatives. He was a true socialist to the end and was proud of this.”

“He always strived to help with peace efforts in our beloved Cyprus. The two key groups he helped initiate, the Turkish Cypriot Association for Democracy and the Republican Peoples Party London Support Group played a key role in this endeavour. He will be badly missed in the Cypriot communities, both Greek and Turkish.”

T-VINE extends its deepest condolences to the family and friends of Mr Raif, may he rest in peace.