From Pegasus embargo to infiltrating a Greek neo-Nazi rally, the biggest news stories of 2017 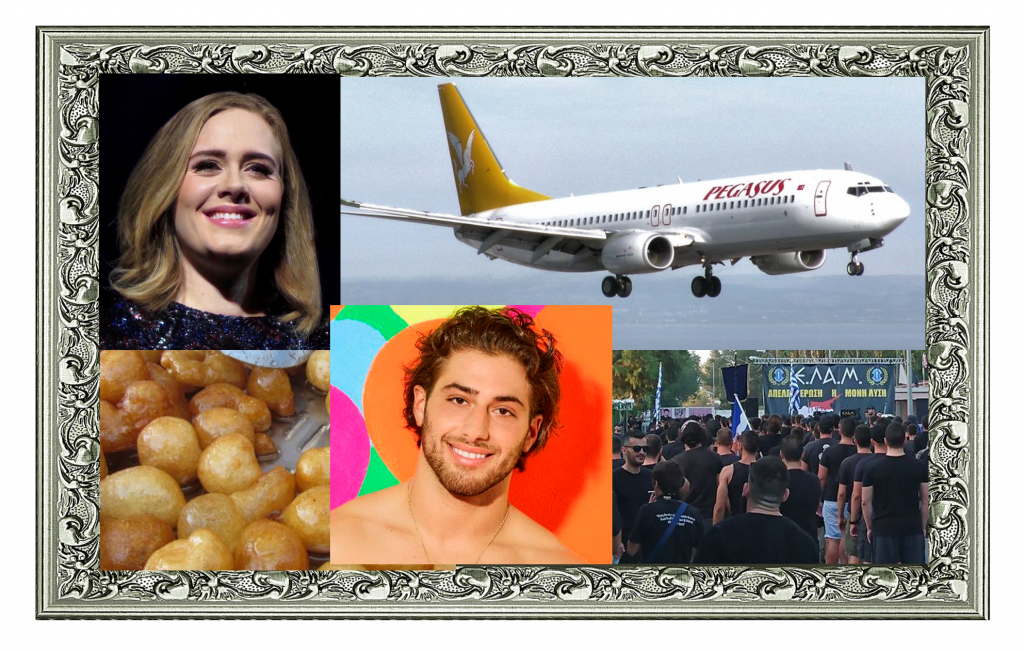 The world of Turks again experienced a mixture of highs and lows in 2017. From the tragic loss of loved ones in accidents or terror attacks, to political upsets and cultural firsts, here are the biggest T-VINE stories of the year.

1.   In May, our deputy editor John Oakes broke the news about a new embargo on passengers travelling from Ercan Airport in North Cyprus. It meant that, “from June 1st, all passengers flying to and from the TRNC with Pegasus Airlines – Cyprus’ biggest carrier – will face extra, tiring formalities during their Istanbul or Izmir touchdown. Instead of remaining on the plane, passengers travelling on to London or Lefkoşa must disembark with their luggage, go through a security check in Turkey and board a new aircraft for their final destination.”

A letter from the UK Government’s Department for Transport claimed that the new measures “are necessary as vital steps in the war against terrorism”. Our news, UK slams new embargo on TRNC air passengers, became T‑VINE’s biggest ever news story since our launch in 2013, with thousands of social media shares and over two hundred thousand page reads.

2. A news item we posted just before Christmas about a police appeal for witnesses in the fatal road accident that killed Edmonton schoolteacher and mother-of-one Nilgün Akgün also struck a chord with readers. The news quickly went viral, shared by hundreds of people on social media, to make it the second biggest T-VINE story of the year.

3. Over the summer, one brave Turkish Cypriot journalist decided to cross over to South Cyprus to join a rally by far-right Greek Cypriot party ELAM. Ertan Karpazli penned his experiences for T-VINE Magazine. The article – Infiltrating a Greek neo-Nazi rally in Cyprus – went viral and became a major talking point for both Cypriot communities and the Diaspora.

6. Kem Cetinay won the hearts of the nation and took home the big prize on ITV’s hit reality TV show Love Island over the summer. In the run-up to the show’s final, Kem’s mum Figen talked candidly to T-VINE about her “sensitive boy”. The story was quoted in the national press and ends up as our sixth biggest story of the year. Love Island: Kem’s mum Figen Cetinay on her “sensitive boy”.

7. Is pop star Adele’s dad Turkish?  That was the question on everyone’s lips at the start of the year. When 52-year-old Bodrum resident Mehmet Asar told reporters from Doğan News Agency that he’d fathered Adele following a fling with the superstar singer’s mother Penny back in 1987, the news went global. Adele has remained silent on the matter.

8. The UK faced four fatal terror attacks in as many months this year, resulting in the deaths of 36 people with scores more injured. Two British Turks were among the victims. 29-year-old Martyn Hett, who is half-Turkish through his mother, was killed during the Ariana Grande concert at the Manchester Arena on 22 May. Two months earlier on 22 March, married mother of two Aysha Frade, a half-Spanish, half-Turkish Cypriot was named as one of the victims of the Westminster attack.

9. T-VINE’s biggest story of 2016 re-entered our lists at number nine in 2017. In an unprecedented move last August, former Greek Cypriot foreign minister Erato Kozakou-Marcoullis apologised for the mass murder of Turkish Cypriots. That the news continues to be widely read shows its significance to both communities.

10. The tenth biggest story of the year follows on from the news which topped our 2017 list: the UK-imposed new TRNC transit rule, which in effect added a new embargo to people travelling from North Cyprus to Britain. In a letter to T-VINE by Ergün Olgun, the former TRNC Chief Negotiator and Undersecretary to the late President Rauf Denktaş, summed up the feelings of Turkish Cypriots everywhere about these so-called security measures which he called “a disrespectful slap in the face”,. You can read Mr Olgun’s letter in full here: