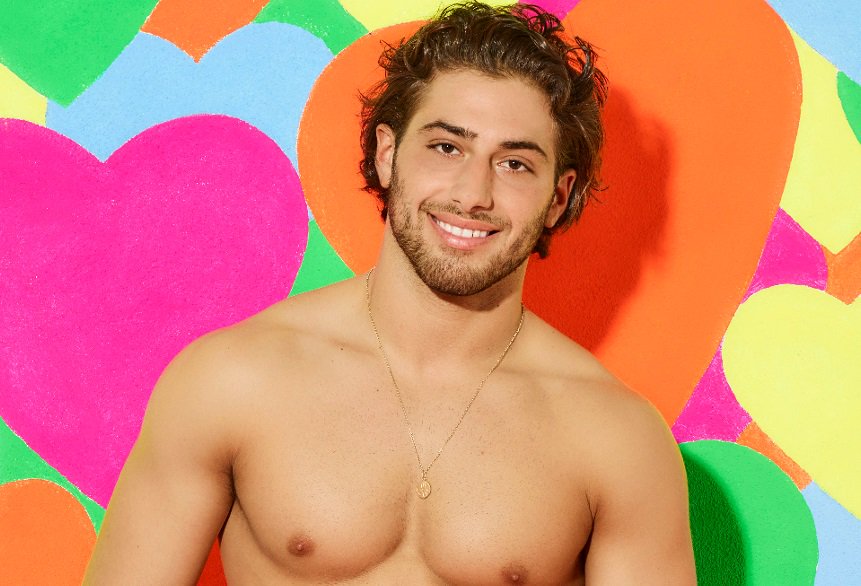 The TV dating competition is now in its third season: an eight-week long series that involves sending young, good looking singletons to a luxury villa in Mallorca. Cut off from the world, contestants must couple up to survive, relying on the public vote to remain in the contest. They can chop and change who they pair up with during the weekly ‘re-coupling’, with the last couple standing winning £50,000 prize money.

Under constant video surveillance, all their flirting and frisking between the sheets are captured and televised to the nation. But so too are their frailties, friendships and bust-ups. It’s a ratings hit, pulling in over 2 million viewers per show. Strikingly, for all the criticisms about the staged love affairs, the previous two series have generated real-life love for several couples who are still together, with at least two Love Island babies on the way.

Mrs Cetinay, like most other parents, probably wouldn’t look to national television to find her children love and romance, much less a permanent partner. Yet for her 21-year-old son Kem, that’s exactly what is happening.

The Essex-born hairdresser auditioned for this year’s Love Island, beating 80,000 applicants to land a spot on the prime-time show. He’s since become an item with brunette beauty Amber Davies, a 20-year-old dancer from Wales, wowing her and the audience with his cheeky chappy personality and Mediterranean good looks.

Kem’s decision to go on Love Island created shockwaves on the home front. The Cetinays are a typical British Turkish family, used to their privacy. Mum is 50-year-old fashion lecturer Figen, her husband Niyazi is a pharmaceutical engineer originally from Girne, and older son Izzy works in finance.

“We’ve very British in our day-to-day lives, but also proud of our Turkish Cypriot roots,” explains Figen. “Family is important. The boys spend every Sunday at their nene’s (grandmother) home. It keeps everyone grounded.”

In her candid interview with T-VINE, Figen says she was aghast after discovering the format of Love Island and desperately tried to change Kem’s mind, fearful of how the reality show could impact on her “sensitive boy.” Her husband and older son took a different approach, believing it was better to actively back Kem.

Mrs Cetinay said: “As parents, we’ve brought up our sons in an open manner, encouraging them to discuss anything they want with us. Both boys are essentially Essex lads, although Izzy has a more serious, academic side to him. He was really excited for Kem, as was my husband.”

“Being a traditional Turkish dad, I had expected Niyazi to be upset about the show, but it was the complete opposite. He said, ‘We’ve got to allow the children to go on their own journey, live their own life and find their own feet’. He’s right, but as a mum you’re still so protective over your kids.”

Having failed to deter Kem from appearing on the show, Figen initially opted to keep quiet: “I didn’t tell anyone about it. I didn’t speak to anyone or post anything on social media. I was really scared what family and friends would think.”

But she needn’t have worried as everyone has been super-supportive. The mother-of-two says, “My parents recently came over from Magosa [Famagusta, Cyprus] and I was dreading them seeing the show. But dad [Izzet Pirgalilar] was happy to see his grandson on TV, though he did question why Kem was wearing blue nail polish and smoking.”

While grandad was cool about Love Island, mum was less easy about seeing her son, who had nicknamed himself “the naughty Turk” on his promo clip, romping live on TV: “I keep a blanket next to me that I bury my head in for any scenes I can’t bear to watch. I don’t like the sex or hearing bad language – Kem wouldn’t dare speak like that at home. He’s been brought up to respect others, including women.”

Of course, 2017 TV is exposing major inter-generational issues. Whereas those of us over 40 lead more prudish lifestyles, the social rule book has been thrown out by Millennials, who are far more relaxed about sex, nudity, and using crude language.

Seeing her son in such a carefree way has been really enlightening for Mrs Cetinay. The fashion lecturer says while her eldest, Izzy, recognises this side of Kem from social nights out together, it has been eye-opening for her.

“Over the weeks I’ve been watching him on TV, I’ve got to know another side of Kem. I’m really glad now that he’s doing the show and having this experience. He has such a fun side to him. We don’t usually see that at home.”

Kem’s in a good mood tonight… Must be those happy pants #LoveIsland pic.twitter.com/Ppqzway69t

“We have a really strong relationship. Being the younger one, he is the cheekier [of my two sons] and more likely to challenge me, so it’s interesting seeing his onscreen relationships. He doesn’t get easily embarrassed and he’s definitely not afraid to expose his vulnerable side.”

On Kem kissing people on their foreheads: “It’s a bit of a Turkish thing, it’s his way of showing he cares.”

As TV viewers have already seen, Kem has a caring nature. According to his mum, it’s one of his strongest traits. A few years ago Kem did a charity sleep-out in Central London helping to raise money for Centrepoint, which assists young homeless people.

“He is a really sensitive person and wears his heart on his sleeve. I can see that on television when he goes around kissing people on their foreheads. It’s a bit of a Turkish thing and it’s his way of showing he cares.”

With his own wavy locks often taking centre stage onscreen, it’s no surprise Kem works in a hair salon in Hornchurch. He also cuts hair privately for several stars from The Only Way is Essex. His life could have taken a different route as he played semi-professional football as a teenager before injury put paid to his career.

Big into fashion and style, he took a leaf out of his mum’s creative pursuits and tried out hairdressing. He fell in love with the profession after a short stint in a local salon and enrolled on an intensive hairdressing course at college. “He is naturally talented,” exclaims his proud mum.

What about girlfriends, I ask? She tells me: “He has brought girls home. Mostly they are his friends, but I’ve met a few girlfriends. I just want him to end up with a nice girl.”

After a pause, she adds, “It’s been hard having no contact with him for seven weeks. I can’t wait to see him.”

Mama Cetinay will be hoping that viewers stick with her competitive son Kem and his girlfriend Amber during the public vote. Another round takes place tonight and if he gets through, Kem will continue into the final week, with the Love Island climax set for Monday 24 July.

When you realise there’s no @LoveIsland tonight but you find this… Literally made my night! Plus Kem is my FAVE #proud pic.twitter.com/FFVq0eQ29H

Never far from the action, Kem’s warm and funny qualities not only make for great TV, but also endear him to audiences. There’s no shortage of banter about him on Twitter, with one post claiming this Essex Turk could be the lovechild of Stacey Solomon and TOWIE star Arg.

Among Kem’s standout moments on Love Island are him proclaiming his love for Amber, telling her “you’re the girl of my dreams” as they cosied up in bed, then failing to remember his girlfriend’s surname. And in a moment of pure slapstick comedy, he tried to give housemate Gabby Allen a piggy-back in the bedroom, but he loses his balance, dropping the poor girl, then tripping over the Ottoman at the end of the bed, and bashing his leg, to leave viewers in stitches.

Then there’s his bromance with Chris, which has become the stuff of legend: from twin dressing to spooning, and even shaving each other’s initials into their pubes. Some are secretly hoping the two couple up for the final.

For fans of the show, life without Kem in the villa would be infinitely more boring. To support him remain, download the ITV Love Island app  and get voting! And catch Kem daily on the show at 9pm on ITV 2.