Fifty-five migrants apprehended by Turkish coast guards, but overall numbers down for 2017 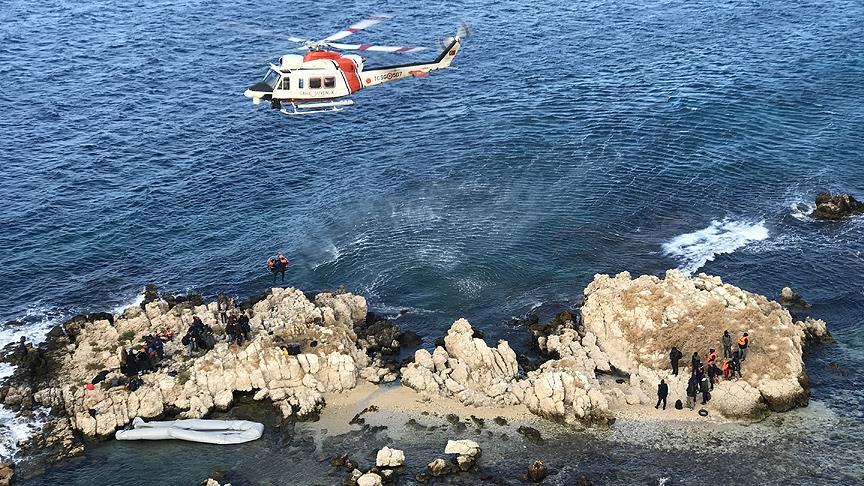 Dozens of irregular migrants were apprehended by Turkish Coast Guards during an attempt to cross the Aegean Sea to Europe on Tuesday, Turkey’s state-run Anadolu Agency reported.

The migrants, who came from the Middle East and Africa, were apprehended while trying to pass the Greek island of Lesbos in a dinghy boat. They are being held in Izmir Province’s Dikili district the agency quoted an anonymous Turkish official as saying.

The official told the outlet that coast guards intercepted the boat after it was spotted by an air patrol and the travellers were later brought to the local migration authority. Among the migrants thirty-six were from Syria, six from Angola, five from Senegal, four were Congolese, three Somalian and one Gambian.

Turkey has been a principal route for irregular migrants and refugees hoping to enter Europe for years, with numbers intensifying since the outbreak of the Syrian War. Last month, Turkish coast guards rescued 68 migrants stranded on a rocky islet near to Dikili after their rubber dinghy became wedged.

However, such incidents have become rarer and the numbers are far less than the hundreds of thousands of people who tried to make the perilous journey across the Aegean several years ago. The near daily tragedies of refugees dying at sea as their boats sank made international headlines, as did those who succeeded across the sea and onto the European mainland where they tried to make their way to Western and Central Europe.

In March 2016, Turkey and the EU signed a pact aiming to discourage illegal migration through the Aegean Sea. The agreement enacted stricter measures against human traffickers and provided more resources to improve the living conditions of the three million Syrian refugees in Turkey. As a result, the Turkish Coast Guard reported an 85% drop in the number of refugees detained crossing the Aegean Sea between Turkey and Greece, apprehending 4,270 migrants and 170 smugglers in various operations during 2017.

Main picture from a similar rescue operation at same spot on 14 December 2017.