Terror strikes in Taksim, as blast kills at least six and injures dozens 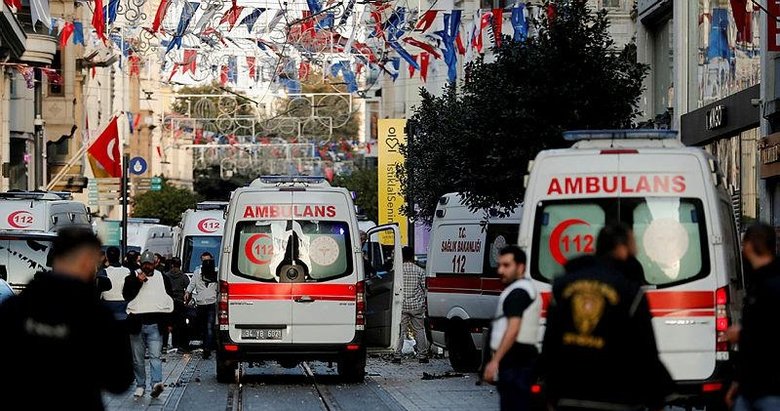 At least six people have been killed and 81 wounded in an explosion in the heart of Istanbul. The blast happened at about 16:20 local time (13:20 GMT) on İstiklal Caddesi in Taksim – one of the city’s busiest shopping boulevards.

The Turkish authorities believe the blast is a terrorist attack, with Vice President Fuat Oktay stating that the perpetrator could be a woman.

“We consider it to be a terrorist act that occurred as a result of an attacker, whom we consider to be a woman, detonating the bomb,” the Vice President told local reporters.

Details of the attack were initially confirmed by the Governor of Istanbul, Ali Yerlikaya, who tweeted: “Today, at around 16.20, an explosion occurred in Taksim Istiklal Avenue in our Beyoğlu district. Our police, health, fire and AFAD teams were sent to the scene. There are casualties and injuries. Developments will be shared with the public.”

Four of those who were killed by the explosion were pronounced dead at the scene. Two others died of their injuries in hospital. It is not currently clear how many of the 81 other casualties are seriously injured.

Speaking at a news conference in Istanbul before his trip to Indonesia, President Recep Tayyip Erdoğan condemned the “vile attack” and said the perpetrators “will be found” and punished. Expanding on details he has received about the blast, the Turkish leader told media:

“From initial developments, there is a smell of terror here. Preliminary detections show that a woman played a role in the incident. Investigations are continuing. We will reach a more conclusive verdict after these examinations.”

Istanbul Mayor Ekrem İmamoğlu was among the many Turkish officials to extend their condolences: “We are all deeply heartbroken and at a loss for words after the explosion which claimed 6 lives and left dozens injured in the heart of Istanbul today. I send my deepest condolences to the victims’ families and loved ones, and wish a speedy recovery for the survivors,” he wrote on Twitter.

We are all deeply heartbroken and at a loss for words after the explosion which claimed 6 lives and left dozens injured in the heart of Istanbul today.

I send my deepest condolences to the victims’ families and loved ones, and wish a speedy recovery for the survivors.

İstiklal Caddesi would have been busy with Saturday shoppers and tourists at the time of the blast. Videos circulating on social media panic immediately after the attack show bodies on the ground, smoke and scenes of panic.

Nobody has claimed responsibility for the blast. Turkiye was hit by a string of deadly bombings between 2015 and 2017, carried out by Daesh and by the Kurdistan Workers’ Party (PKK). İstiklal Caddesi was targeted in a terror attack in 2016.

A news blackout remains in place in Turkiye to prevent speculation about the incident.