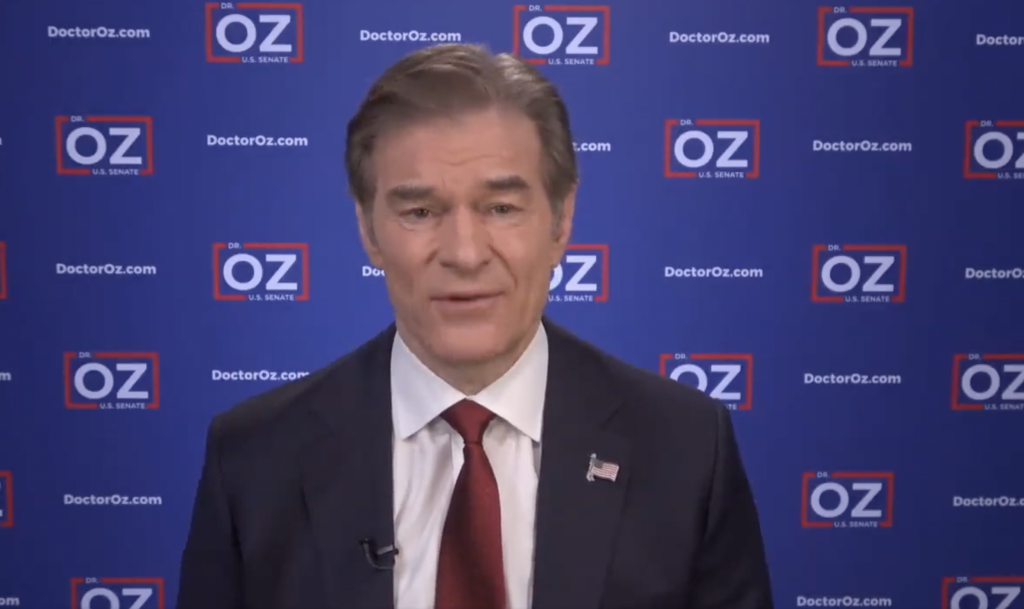 The long-awaited U.S. Senate elections have come to an end, with only Georgia left to confirm its senator through a run-off in December after no candidate passed the 50% majority threshold.

The elections proved a disappointment for the right-wing Republican Party, also known as GOP, who had expected to gain significantly at the expense of President Joe Biden’s Democrat Party.

One of the most keenly contested and closely followed campaign battles was in Pennsylvania, where celebrity doctor Mehmet Oz battled it out with John Fetterman for the seat vacated by Republican Senator Pat Toomey, who was retiring after serving two terms.

Results announced on 9 November from the state expectedly generated the most buzz out of all other election results, as GOP candidate Dr. Oz failed to beat his Democrat rival.

Fetterman’s victory in this critical Senate race contributed greatly to the Democrats’ cause, as it denied GOP control of the U.S. Senate.

According to data collected by the Associated Press, Fetterman won by a margin of more than four points, with women and young voters making all the difference.

One of the key election topics was abortion. Following the overturning of landmark case Roe v. Wade earlier this year, conservatives has vowed to ban abortion across the U.S. Oz had a hit-or-miss moment when asked about his opinion on the matter.

Whatever Oz had any women or transgender voters supporting him early on in his campaign, he most likely lost them with a response that emphasised the authority of the state on abortion.

“I want women, doctors, local political leaders letting the democracy that’s always allowed our nation to thrive to put the best ideas forward, so states can decide for themselves,” Dr Oz said.

Handing over the right of a woman to decide about her own body to politicians is not something most women would want to hear from a doctor.

Having won their party nominations, Oz and Fetterman – both first time candidates – were involved in a gruelling year-long face-off. Fetterman, Pennsylvania’s elected Lieutenant Governor, also had to deal with his own health challenges, surviving a stroke during his campaign. These reasons alone made Pennsylvanians question the rival candidates’ aptitude to become senator.

For Trump-endorsed Oz, the challenges against his candidacy also came from his own party; he was not regarded as the conservative flagbearer most republicans were in favour of.

His ambiguous stance on certain topics, made evident during his candidacy, failed to endear him to the Republican faithful. Time and time again, however, the most controversial concern about the former daytime show host was his Turkish ethnicity and ties to Türkiye.

All political candidates receive criticism from their peers and the public throughout their career, yet Dr. Oz was subjected to bigotry and racism in this campaign.

While many are calling his loss a result of Islamophobia, as Oz would have been the first Muslim senator in the States, what the celebrity doctor faced was clear-cut xenophobia targeting his Turkish roots.

Dr. Oz possesses dual citizenship for both Türkiye and the U.S., has served in the Turkish military, and voted in Türkiye’s 2018 presidential election, prompting many to question his loyalties.

The television star’s financial and political ties to the Turkish government were seen by some as a “national security risk” for the U.S.

VIDEO📽️: Mehmet Oz still won’t renounce his Turkish citizenship. He spent years serving in the Turkish military, and is dangerously close with their dictator and regime. Why does he want to be a U.S. Senator?#StopOz pic.twitter.com/CdQhKRjOf3

Since announcing his candidacy, the racist jabs at Dr. Oz have been endless, with even some GOP members making xenophobic remarks.

Most of the denouncement, however, came from American Armenians because Oz did not recognise the “Armenian Genocide” the Ottomans are held liable for.

When protestors demanded Oz comment on the matter, the only response came from his spokesperson, who said that Oz “opposes genocide and the murder of innocent people in all forms” and that the “evils of World War 1 should be commemorated”. This vague answer didn’t sit right with American Armenians.

There is a large Armenian population in the U.S., estimated to be between 2 to 3 million overall, with around 40,000 Armenians living in Pennsylvania.

The “Armenian Genocide” was recognised by the U.S. Senate back in 2019 and Joe Biden became the first U.S. President to do so, releasing statements on Armenian Remembrance Day. So, the presence of Oz in the Senate, who may have offered a Turkish perspective on the issue, was regarded as threatening to Armenian interests.

In an opinion piece for the Washington Times in May of this year (The Wizard of Oz: ‘Pay No Attention to the Dictator Behind the Senator’), American Armenian activist and ANCA Executive Director Aram Suren Hamparian wrote, “Longtime New Jersey resident – television’s Dr. Oz – is running for the U.S. Senate from Pennsylvania as a dual Turkish-U.S. citizen.

“That’s right: A citizen of a foreign country allied with an anti-America dictator, a carpetbagger to the Keystone State, and a veteran of the same foreign armed forces that occupy Cyprus, attack America’s Kurdish allies, persecute Christians, and abet Azerbaijan’s ethnic-cleansing of Armenians, is trying to convince Pennsylvania voters that he’s putting them first.”

The article cited another Op-Ed by journalist Josh Rogin (Would Turkey’s president have leverage over ‘Senator Doctor Oz’?), published in the Washington Post in February, who wrote about Dr. Oz’s “myriad connections to Turkey and the world of its autocratic president, Recep Tayyip Erdogan”, adding, “And whatever Erdogan wants, that’s what Dr. Oz is going to do… So, if Dr. Oz gets into the Senate, it’s like Erdogan’s arm will be in the Senate.”

Dr. Oz’s spokesperson Brittany Yanick had clarified before that Oz voted for Muharrem İnce in the 2018 presidential elections, and not Erdoğan.

At the time @DrOz served in the Turkish Armed Forces, NATO member Turkey was pinning down 30 Warsaw Pact Divisions along with 1000 strike aircraft.

Arguably, he contributed more to America’s security during the Cold War than most of his moronic and xenophobic critics. 👇🏻 https://t.co/ujm8pesQG5

Luke Coffey, a Senior Fellow at the Hudson Institute, also tweeted in defence of Dr Oz in response to a highly racist campaign against the would-be senator:

“At the time @DrOz served in the Turkish Armed Forces, NATO member Turkey was pinning down 30 Warsaw Pact Divisions along with 1000 strike aircraft. Arguably, he contributed more to America’s security during the Cold War than most of his moronic and xenophobic critics”, pointing to the clip released by Oz’s critics.

Armenians were not alone in targeting Oz. The Cleveland-born surgeon faced a coalition that involved members from America’s Greek, Jewish and Kurdish communities, who came together to crusade against Oz. These varied from negative and in many cases, deeply unpleasant social media posts, through to protests in Pennsylvania.

These spurious racist messages, spread on social media by ANCA, American Hellenic groups and their like, not only claimed Mehmet Oz was a close ally of Erdoğan, a “dictator” and “genocide denier”, but that if elected to the Senate Dr. Oz could spy and bring down the U.S. government. The claims were absurd in the extreme, but these smears, circulated far and wide, stuck.

The votes from these communities, whose leaders are traditionally hostile to Turkiye and Turks, would have certainly impacted on the final election result, as the gap between Fetterman and Oz was just 233,755 votes.