Azerbaijan gas ‘changing the energy map’, as the EU tries to wean itself off Russian supplies 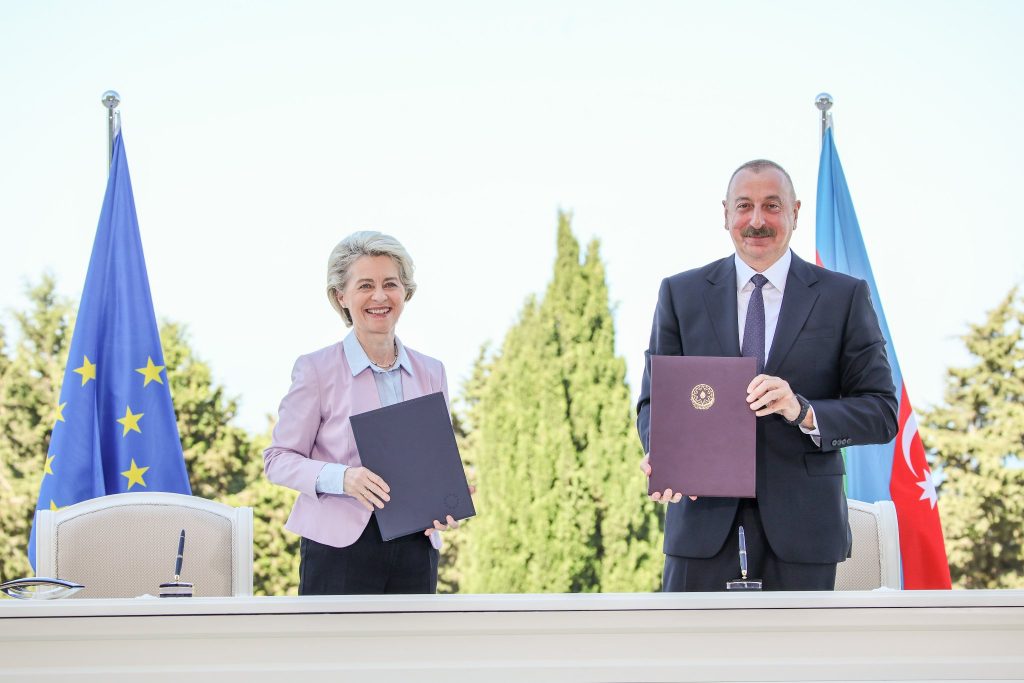 Azerbaijan’s political stock continues to rise, with its role as a major energy supplier adding to the country’s significance for Europe.

Azerbaijan has already increased gas deliveries to Europe to help compensate for the drop in supplies from Russia, “and this trend will continue with up to 4 billion cubic meters of additional gas this year and volumes expected to more than double by 2027,” the EU’s energy commissioner Kadri Simson said during the Baku trip.

Last year, Azerbaijan delivered 8.1 bcm of natural gas to Europe. The 18 July energy agreement means that by 2027, the Caspian state will supply at least 20 bcm of gas to Europe every year via the Southern Gas Corridor (SGC). The soon to be expanded 3,000-kilometer SGC will run through Azerbaijan, Georgia, Turkey, and Greece.

Russian gas supplies currently cater for about 40% of the EU’s needs, which in 2021 totalled some 155bcm. However, a mixture of sanctions following Russia’s invasion of Ukraine, which include the EU ending nearly all Russian oil imports by the end of this year, coupled with Moscow’s decision to reduce gas supplies to Europe has meant finding alternative supplies is of primary importance for the bloc.

Prior to signing the agreement with Azerbaijan, the European Commission had said: “Amid Russia’s continued weaponisation of its energy supplies, diversification of our energy imports is a priority for the EU.”

The July energy deal with Azerbaijan is not limited to fossil fuels. It will see the Turkic state tap into its vast potential in renewable energy, including offshore wind and green hydrogen production, helping both the supplier and consumers move away from their over-dependence on fossil fuels.

President Aliyev praised the deal with the EU as a “road map for the future,” saying the EU-Azerbaijan energy cooperation has already “changed the energy map of Europe.”

The EU, however, is putting pressure on Azerbaijan to join the Global Methane Pledge in response to the climate crisis. Over 115 countries have pledged to cut their methane emissions from energy, agriculture and waste, in a bid to limit the global rise in temperatures.

The energy agreement is likely to pave the way for a new comprehensive agreement between the EU and Azerbaijan, which the EU Commission says, “will allow for enhanced cooperation in a wide range of areas, including economic diversification, investment, trade and making full use of the potential of civil society, while underscoring importance of human rights and rule of law.

Human rights groups hope the deepening relationship between Europe and Azerbaijan will accelerate the growth of civil society and improve democracy in the fledging republic, which has spent much of its existence since 1918 as part of the Soviet Union.

Azerbaijan, which has Russia as a neighbour to its north, Georgia and Armenia to its west, and Iran to its south, became independent in 1991.