Simit takes on the bagel in NYC 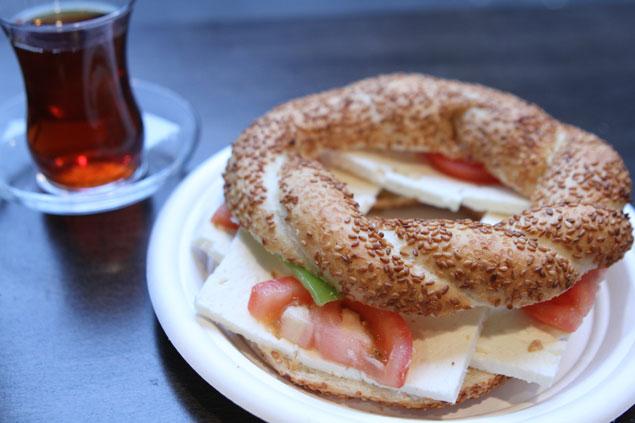 New York serves as the battleground for a new Middle Eastern conflict, this time over dough-breads. After years of domination, the city’s classic bagel has competition in the shape of its skinnier Turkish neighbour the simit.

The company taking on the bagels is Simit and Smith, which opened its first Manhattan store on the Upper West Side in January. Backed by Istanbul-based caterer Yemekhane, it plans to open 20 stores by 2015.

It comes at a time when the New York bagel is in decline. A few blocks away from the hip, shiny Simit and Smith café is the iconic H&H Bagels shop, which closed in 2011. As a recent article on First We Feast lamented, due to “MTV-driven, youth-styled gentrification—the city’s famous ethnic communities have moved on…and so have their food traditions.”

Simit & Smith hope to be a part of America’s new food culture. Simit vendors are permanent fixtures of Turkish street food. Its warm, sesame encrusted ring and delicious nutty flavour make for the perfect snack on the go or at home.

The new American modern variations include whole grain options and even a square simit for sandwiches. Fillings include smoked salmon, grilled chicken, humus, traditional Turkish fillers, such as black olive paste and kayseri cheese, along with Nutella and banana for those in need of a sugar fix.

Is it ‘winner takes all’ in NYC? Jewish Daily Forward’s Molly Yeh writes, “To say that simits can replace bagels in this city would be like saying that delicate Japanese gyoza and Chinese potstickers are interchangeable” She concludes there’s definitely “room for both”.