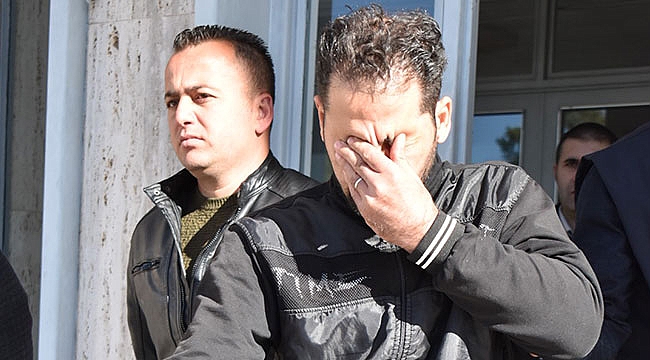 A man’s violent behaviour towards his young step-son has caused outrage in North Cyprus. Mustafa Duman, from Gazimağusa, appeared in court on Thursday, 23 November, after being charged with severely beating and torturing the eight-year-old boy.

Police were alerted to Duman’s violent behaviour following a complaint against him. A physical examination of the child by doctors uncovered numerous wounds inflicted to his body. These included stab wounds caused by a skewer on the boy’s thighs and extensive bruising across his body.

The findings in the medical report confirmed the complaint was warranted and prompted the immediate arrest of Duman. When interviewed, the step-father volunteered information about the beatings and accepted all charges against him, telling the police he “regretted” his actions.

The abuse came to light earlier this month after the boy wet himself. His step-father’s response was to burn him

At a court hearing at Gazimağusa Criminal Court, Duman, originally from Turkey and an electrician by profession living in the Antalyalılar neighbourhood in northwest Cyprus, admitted the charges. A police officer, İbrahim Bulut, gave testimony at court, stating that the assaults against the young boy, identified by his initials BB, took place between 2016 and 15 November 2017 , with the defendant claiming he had struck the child because he had angered him.

Bulut explained that marks caused by a skewer had been found on the boy’s thighs, and he had been slapped and beaten numerous times, leaving marks on the child’s hands, feet and chest. The judge heard the defendant had co-operated with the police, volunteering information about the violent assaults.

After listening to the officer’s testimony, Judge Gökan Asafoğulları said due to the seriousness of the case the accused was likely to receive a hefty sentence. However, the Judge agreed to release Duman on strict bail conditions, including the surrender of all his travel documents and 50,000 TL surety from two guarantors, to face the court at a later date.

Duman’s release from custody prompted fury among the general public. Many took to social media to curse him for his brutal behaviour towards his young step-son.

The abuse came to light earlier this month after BB had wet himself. His step-father’s response was to burn him. The following day, school teachers discovered his injuries and alerted the police and social services.

The child, whose birth father lives in Denizli, Turkey, has been placed in the care of his maternal grandmother in Tuzluca by North Cyprus Social Services.