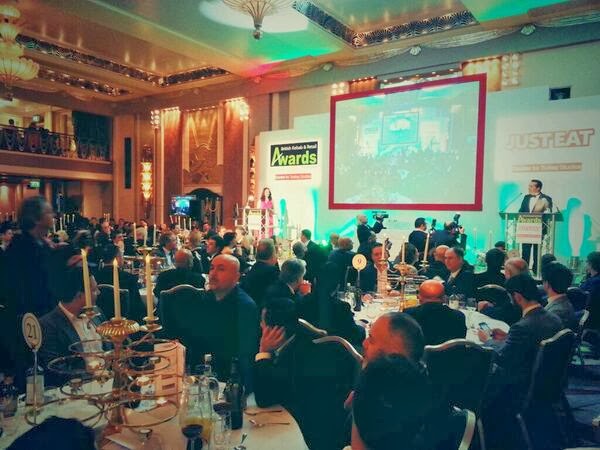 A capacity 400-people attended last night’s British Kebab and Retail Awards (BKA) at a plush ceremony at the Sheraton Park Lane. A total of 12 awards were up for grabs.

Best Chef was won by Mangal 2’s Ali Dirik, the Outstanding Contribution to the Kebab Industry had three winners (Vatan Catering, Tees, and Efes Nevstar), and Stoke Newington’s The Best Turkish Kebab followed up its 2013 BKA award by being crowned this year’s Best London Takeaway. Among the surprise winners on the night was a chip shop that was awarded Best Kebab Takeaway Outside of London, and Sheesh in Chigwell, which trumped many well-known, Turkish-owned restaurants for the Kebab Fine Dining award.

The cream of the kebab industry attended along with many distinguished guests including: Lord Paul, MPs Nadhim Zahawi, Keith Vaz and Bob Blackman. The event was sponsored by Just-Eat, the UK’s biggest online food delivery service, and organised by the Centre for Turkey Studies, led by İbrahim Doğuş. BKA co-founder and chair of the judging panel Mustafa Topkaya opened the event with a short speech. T-VINE editor İpek Özerim was the evening’s host.

The winners and runners up for the Best Kebab Awards 2014

The finalists for each category can be found here.