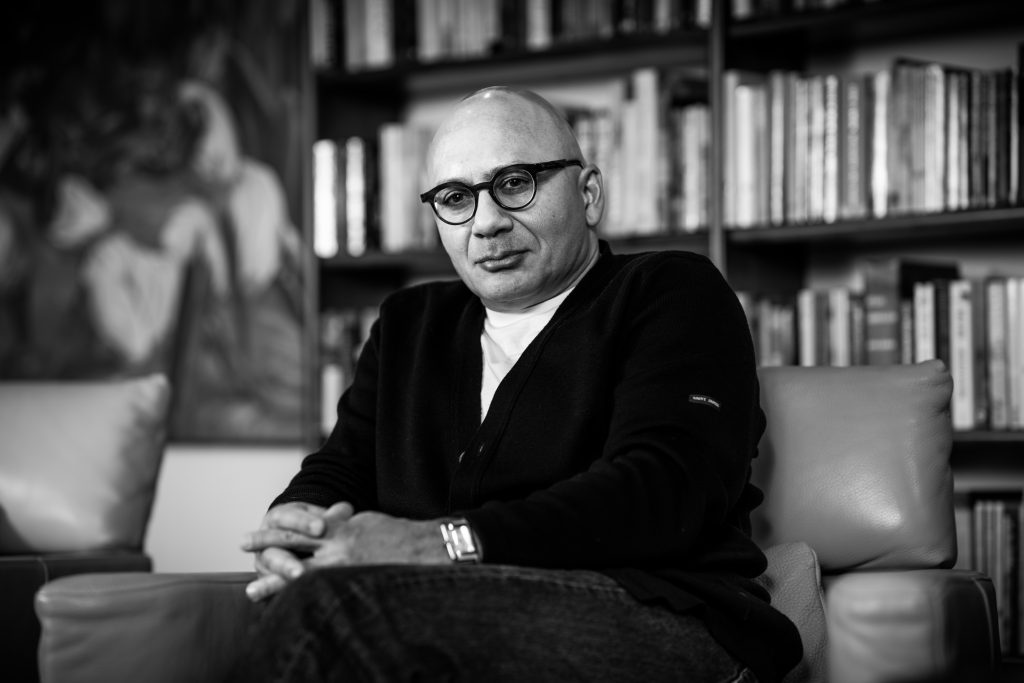 British Turkish Cypriot author Metin Murat has been ‘cancelled’ by The Guardian after an article he submitted was rejected for failing to adhere to the newspaper’s anti-Turkish house style on Cyprus.

Murat, who recently published his debut novel The Crescent Moon Fox that won praise from both Greek and Turkish Cypriots for its sensitive treatment of the inter-community conflict of the 1950s and 1960s, was invited to write a piece as a guest author for The Guardian’s weekly Top 10s column.

His draft was initially accepted and praised by the journalist responsible for the column, but when the Top 10 list was submitted to an unnamed editor at the paper for a further check, the article was declined. Murat was asked to make some changes, which he did, but each time he edited his piece, new issues were presented before the article was dropped altogether.

The intervention by the unnamed editor seemed to centre on Murat’s choice of books and also his language about Cyprus. The author, whose roots hail from Balalan / Platanissos in the Karpaz Peninsula, was told to omit Elif Safak, and then was pulled up for calling his ethnic homeland by its actual name, the Turkish Republic of North Cyprus (TRNC), and for using neutral language when referring to the Turkish Army’s arrival in Cyprus in 1974.

Both terms seemingly fell afoul of the Guardian’s anti-Turkish house style, which prefers to use the discriminatory terms “Turkish-occupied northern Cyprus” for the TRNC and “invasion” for the Turkish intervention in articles about North Cyprus.

This is not the first time the paper has been called out for its anti-Turkish bias. At the start of this year, multiple Turkish Cypriots called out the paper on social media following the publication of an article ahead of the General Elections in the TRNC, where journalist Helena Smith misrepresented the political landscape by claiming “Thousands have taken to the streets” and centring the entire article around the views of marginal hard left Turkish Cypriot political figures (Rising anger with Turkey drives calls for reunification in crisis-hit northern Cyprus, 9 January 2022).

Last year, the award-winning journalist and regular Guardian contributor Sirin Kale wrote about being censored by her sub-editor when writing about her roots in a piece called ‘Food from a Country that Doesn’t Exist’ for Vice. Although she didn’t name the Guardian, it’s widely believed this was the paper she was referring to:

“My country does not exist. Not according to everyone: Britain, the EU, the world. I wrote “the Turkish Republic of Northern Cyprus” in an article the other day, and my sub-editor had a stroke. “Sorry,” he emailed. I could feel him cringing. “It’s not in our style guide. I seem to have stepped on a geopolitical hornet’s nest here!”

When asked about the censorship, Murat told T-VINE: “The Guardian’s editors, who have previously demonstrated a bias against Turkish Cypriots, still don’t seem any closer to embracing a minority perspective on Cyprus.”

“What I wrote was a balanced overview of literature on Cyprus, but the Guardian has chosen to suppress my right to give a uniquely Turkish Cypriot perspective on our island’s recent past. As Turkish Cypriots, we must continue to affirm our identity, without hatred, and in a spirit of dialogue and reconciliation at the grass roots levels. The struggle goes on,” the author added.