“Time is running out” for Recep Tayyip Erdoğan 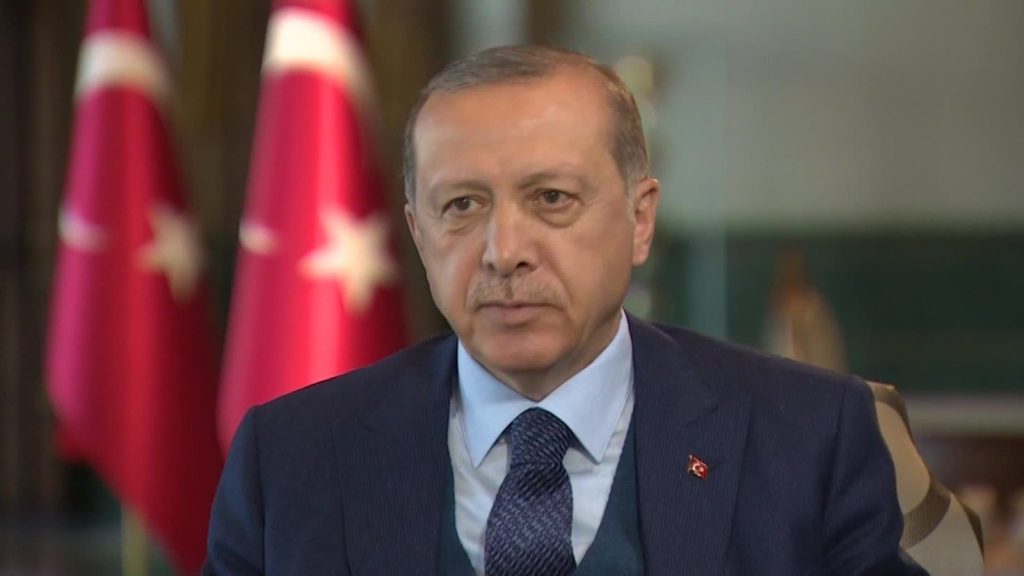 In a federal courtroom in New York last Wednesday, key witness Turkish-Iranian gold trader Reza Zarrab pointed the finger squarely at Turkey’s President Erdoğan who, he claims, authorised sanction-busting activity with Iran. Zarrab’s allegations made international headlines and one of those to cover the developments is former Indian senior diplomat M.K. Bhadrakumar who has previously served in Turkey.

So serious are Zarrab’s accusations that they could “irreparably damage Erdogan’s reputation, and even implicate his family members and close aides as criminals”, wrote Bhadrakumar in an article titled “Gold dealer’s testimony puts Erdogan on shaky ground”, published in the Asia Times on Friday 1 December.

Bhadrakumar asserts that the Turkish President faces a battle for survival after Zarrab admitted his involvement in helping Tehran to sidestep US sanctions to export oil and then launder the income. Zarrab claimed this was made possible “with the connivance of corrupt Turkish high officials”.

Zarrab’s accusations could “irreparably damage Erdogan’s reputation, and even implicate his family members and close aides as criminals”

Many had expected to see Zarrab, 34, himself in the dock. He had been arrested in March 2016 when he flew to Florida apparently for a holiday. However, he instead appeared as a witness for the prosecution in the trial against Hakan Atilla, the 47-year-old Deputy General Manager of Halkbank, prompting Bhadrakumar to suggest, that, “When principal accused becomes the star witness in a US court, he has possibly struck a deal with the authorities.”

Bhadrakumar details Zarrab’s explosive evidence, where he, “named a confidant of Erdogan, the former Turkish Economy Minister Zafer Caglayan, as having taken bribes amounting to over US$60 million and also implicated Turkey’s Aktif Bank, which is part of a holding company headed at the time by Erdogan’s son-in-law, Berat Albayrak (the current energy minister).”

With the young Iranian-Azeri Turk due to testify again this week, Bhadrakumar believes Zarrab’s charges are likely to be just “the tip of the iceberg”.

The retired diplomat, who was based in Turkey between 1998 and 2001, observed that the President is also facing a domestic financial scandal, which broke 24 hours before Zarrab’s incendiary testimony. On Tuesday of last week, main opposition leader Kemal Kılıçdaroğlu revealed in the Turkish Parliament that, “Erdoğan’s close circle – including his brother, his son and his executive assistant – made transactions worth around US$15 million to an off-shore company called Bellway Limited in the Isle of Man (a tax haven) in late 2011 and early 2012. Kilicdaroglu produced documentary evidence and promised to revert with more such disclosures.”

As Bhadrakumar notes, the Turkish government and senior ruling AKP members have refuted all charges against the President and former AKP ministers, claiming these are part of “a political conspiracy orchestrated by Islamist preacher Fetullah Gulen, who lives in the US” and that the Zarrab case is driven by “Gulen and his American mentors [who] are making a second attempt to remove Erdogan from power after the failed military coup two years ago.”

However, such is the severity of allegations surrounding Recep Tayyip Erdoğan, that Bhadrakumar believes the president faces “a choice between capitulation or the desecration of the house he has built in a long and hugely successful political career.”

If Hakan Atilla is found guilty, “heavy penalties of billions of dollars could be levied on the Turkish banks involved, crippling the country’s economy. And sanctions could be imposed” remarks Bhadrakumar.

The writer concludes that “Time is running out” for Turkey’s political strongman and that “Erdogan is circling the wagons”.

You can read the full article here.

Photo: still from CNN interview with President Erdoğan in Ankara in April 2017.