Top 5 books: from an American Turkish coming of age to the adventures of a Turkish detective, the best reads this summer 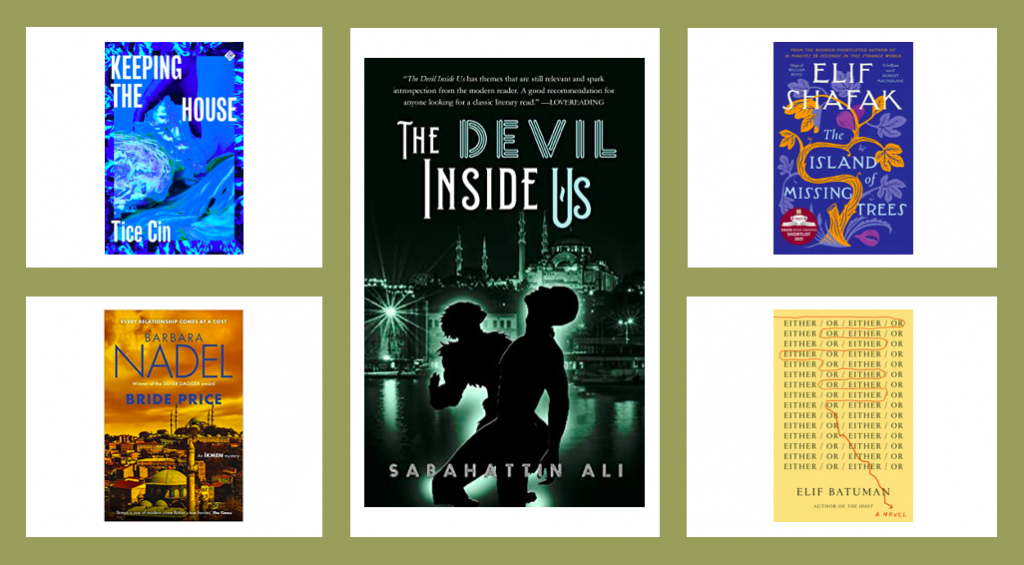 Holidays offer a fantastic opportunity to get stuck into a good novel or two. If you are looking to find the latest English-language page-turner by a Turkish writer or on Turkish themes, look no further than this Top 5 list of great reads for summer 2022.

Keeping the House by Tice Cin

Thrust right into the bubbling world of heroin trade in North London, this is a remarkably intimate lens on crime fiction as we soak in the Turkish Cypriot diaspora in Britain with all its quirks, dynamics and habits.

Just as food plays a central role in this story where heroin is cleverly smuggled in cabbage leaves, there is also a focus on the unwavering presence of women who keep the wheels turning within Turkish society.

This brilliant debut by young British Turkish Cypriot Tice Cin is described by the Guardian as a “cult classic” and has made it on to the 2022 Desmond Elliott Prize longlist. It offers an immersive medley of distinctive writing structures, and more importantly Tice Cin’s outlook, formulated into a three dimensional narrative with such confidence that you won’t be able to put the book down.

The Island of Missing Trees: A Novel by Elif Şafak

A fig tree acts as sanctuary to the memories of clandestine love between a Turkish Cypriot and Greek Cypriot in 1974, narrating how torment seizes the island along with every living thing on it as war breaks out and lovers part ways.

Generational trauma is instilled in those who live through the Cyprus Conflict, and author Elif Şafak demonstrates that nature is no less susceptible to such devastation than humans are. Still, a hopeful perspective is set forth as love endures the worst of tragedies and repressed memories are confronted in this latest work of fiction by “Turkey’s leading female novelist”.

“Either, then, one is to live aesthetically or one is to live ethically”, is the “to be or not to be” of Elif Batuman’s Either/Or as narrator and protagonist Selin sets out to find the answer.

In this superb sequel to Pulitzer Prize finalist The Idiot, Harvard sophomore Selin’s story picks up right where it left off as she enters the discovery phase of young adulthood. Endlessly debating with herself, trying to unriddle life and feeling compelled to overcome her “inexperiences”, particularly in the sexual field, Selin is an eminently entertaining and cherishable character true to her age.

Paramount+ is set to premiere an 8 episode television adaptation of Inspector Çetin İkmen’s adventures under the name of “The Turkish Detective” in 2023 starring Emmy winner Haluk Bilginer (pictured below) in the lead role.

Inspector İkmen is a Turkish, Scrooge-like detective, who is described by The Times as “one of modern crime fiction’s true heroes”. Each book in this series is an ensnaring grisly mystery that İkmen must solve, told by an English writer with a cognisant grasp of Turkish culture and society, all the while keeping us on track with the politics in modern Türkiye as they unfold.

Penned by East Londoner Barbara Nadel, who has been a regular visitor to Türkiye for over a quarter of a century, this crime fiction series is 24 books deep and still going strong. Nadal’s first Inspector İkmen novel was Belshazzar’s Daughter (1999), and her latest is Bride Price (2022).

The Devil Inside Us by Sabahattin Ali

Beyond the veil of a romance novel, this character-driven Turkish classic delves into how societal pressure can psychologically immure a spineless person a prisoner to the devil within.

This is an eloquently written observation of society, love and politics in 1930s Istanbul. With autobiographical attributes, as Sabahattin Ali criticises the corrupt right-wing intellectuals of his time, The Devil Inside Us also evokes introspection in the reader.