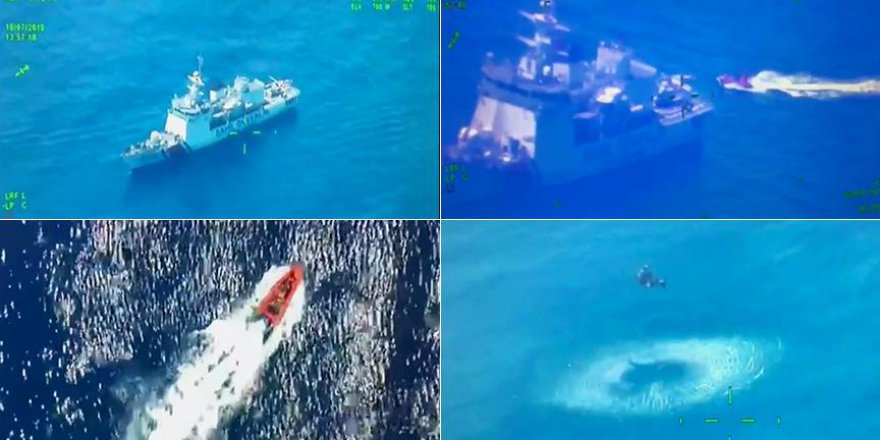 The race was on to save dozens of refugees after the alarm was raised that a boat carrying 150 passengers was capsizing in the East Mediterranean, 16 miles north of the Karpaz Peninsula.

105 people were helped to safety by Turkish air and sea rescue teams on Tuesday morning. However, 26 people remain missing, while 19 bodies were recovered. The death toll is expected to rise.

The incident occurred near Yeni Erenköy, North Cyprus, in the early hours of Tuesday, 18 July. It is not clear why the boat sank as sailing conditions were good at the time.

A statement issued by Turkey’s Coast Guard said that at 05.37 they received an SOS message from a boat carrying 150 refugees in difficulty. The boat operators said they were 16 miles off the coast of North Cyprus and sinking, and requested urgent assistance.

Following the SOS, rescue teams from Turkey and the TRNC were immediately dispatched to help them. The Turkish Coast Guard also appealed to commercial vessels in the area to come to the sinking boat’s aid.

A number of rescue boats, a helicopter and a rescue plane from Turkey rapidly arrived at the scene to co-ordinate the rescue effort with the TRNC coastal guard. Many were taken to hospitals in Mersin, a huge port city in southern Turkey, for treatment, while the deceased were taken to Adana.

The origins of most of the refugees were confirmed as Syrian. The vast majority were male, with very few women and children among their number.

According to the UN’s International Organisation for Migration, over 1,400 migrants have died in the Mediterranean since the start of 2018.

Human traffickers regularly use the route to try and illegally transport refugees across the Eastern Mediterranean. In May, the bodies of nine Syrian refugees washed up on Karpaz beaches.