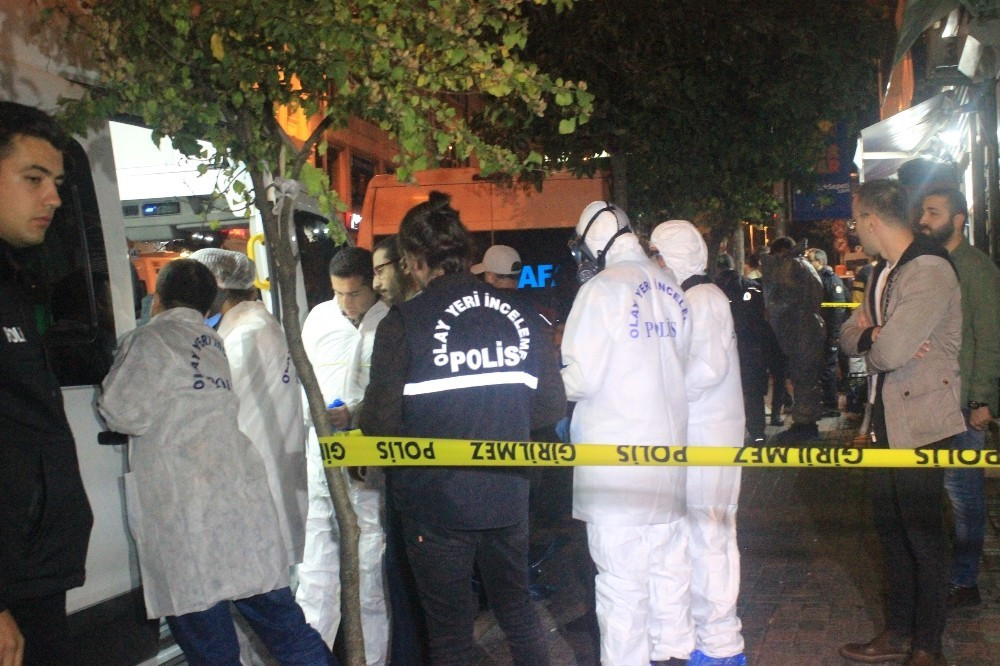 Four siblings aged between 48 and 60 have been found dead in a flat in the Fatih district of Istanbul. Police believe they died through chemical poisoning. A note left on their front door, possibly written by one of the siblings, said ‘Caution cyanide. Call the police, do not enter’.

The police were alerted on Tuesday night after friends and neighbours could not reach the family. On arriving at the first floor flat at 11pm and seeing the note police called in a specialist team, who came dressed in suits and masks and entered the property. There they discovered the lifeless bodies of two men and two women: 60-year-old big sister Kamuran Yetişkin, her 56-year-old brother Yaşar, 54-year-old sister Oya, and 48-year-old youngest brother Cüneyt.

There was no sign of forced entry or other signs of violence at the scene. Due to the note, police believe this could be a tragic case of suicide, with all four siblings dying by swallowing chemicals, including anti-depressants. Their bodies have been sent for autopsies to establish the exact cause of death.

Grocer Yusuf Deniz, who runs a shop on the ground floor of the block of flats the family lived in, told local media they had been his customers for the past 15 years but had severe financial hardships. They had requested credit from him in recent weeks, but had been unable to pay off the 2,260 Turkish lira debt.

He had last seen Oya Adult, a schoolteacher, when she came to pick up some groceries around 5pm on Saturday.

On Tuesday evening, a family friend came to his shop asking after the family. They had been concerned as they could not reach any of the siblings as their phones appeared to be turned off. Anxious about the family’s wellbeing, they called the police.

Mr Deniz said all four siblings were single and only two had work at the time of their death, one a teacher, the other a courier.

He said: “When [Oya] last came to my shop on Saturday, she told me ‘they [creditors] had seized my salary’.”

Another family friend said one of the siblings also suffered from epilepsy and that the four had inherited the large debts of their mother, who had passed away two years previously.

Actress Serpil Alkan, who had known the family for 33 years, told BBC Turkce: “They had been trying to pay the debt of their mother for a long time, Oya was carrying the economic burden of the whole family, but she couldn’t keep up. She had problems at work.”

Alkan had suggested the family apply for state benefits, but her friends were too proud to accept social aid. She said. “I am lost for words, it shouldn’t have happened. I was saying let’s get a green card. They didn’t want it. They were walking around hungry, but they didn’t ask for help.”

To add insult to injury, on Wednesday morning electricity provider BEDAŞ came to disconnect the family’s supply after they had failed to make their last two monthly payments. They owed 607,16 TL.

Erkan Baş said the deaths of four siblings due to poverty “is not suicide, this is murder!”

The circumstances of the deaths have rocked Turkey, with the public joining opposition politicians in railing against the government for creating such despairing conditions. Speaking in the Turkish Parliament (TBMM), CHP deputy leader Özgür Özel was unequivocal in his condemnation:

Erkan Baş, leader of Turkey’s Labour Party, went further. Addressing the TBMM about the deaths of the four brothers and sisters because of their because of poverty, he said: “This is not suicide, this is murder!”