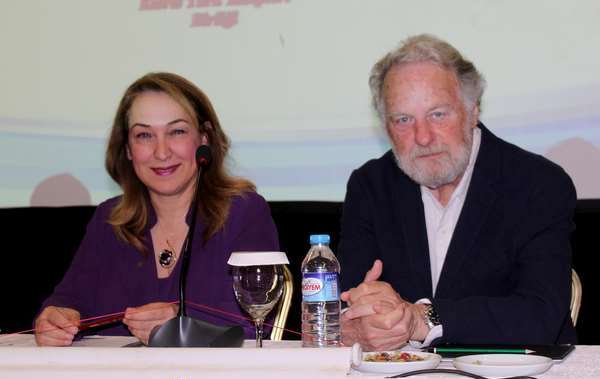 This year’s meeting of the European Federation of Salaried Doctors (FEMS) was held in North Cyprus. The embargo-busting event took place at the end of last week, with representatives from 13 different medical professions in France, Holland, Italy Portugal, Slovenia, Spain and Turkey attending the 3-day conference to discuss health systems.

Each year, the annual FEMS conference is hosted in a different European city. This year’s event was held in the Turkish Republic of Northern Cyprus for the very first time.

The FEMS meeting was well received in North Cyprus, with the TRNC Health Minister Fazi Sucuoğlu congratulating the KTTB for organising the ground-breaking meeting. The TRNC body had been granted full membership of FEMS in October 2014.

Addressing the conference on its opening day, Sucuoğlu explained that the TRNC currently lacked a proper health system, but hoped the meeting would help define a suitable one for the country. He stated that the TRNC’s national health service currently managed 979 beds and 750 nurses, meaning there were 33 beds for every ten thousand people. He added that a host of new laws being implemented should improve the quality of service for TRNC medical professionals and its citizens.

KTTB President Dr. Filiz Besim told conference that FEMS was a well-established body, with a 52-year history, and her organisation “was honoured that this year’s event was taking place in the TRNC”.

She said that KTTB was committed to the universal values FEMS championed and supported its mission to improve conditions for doctors and patients alike.

Formed in 1956, KTTB represents all doctors working in the TRNC.