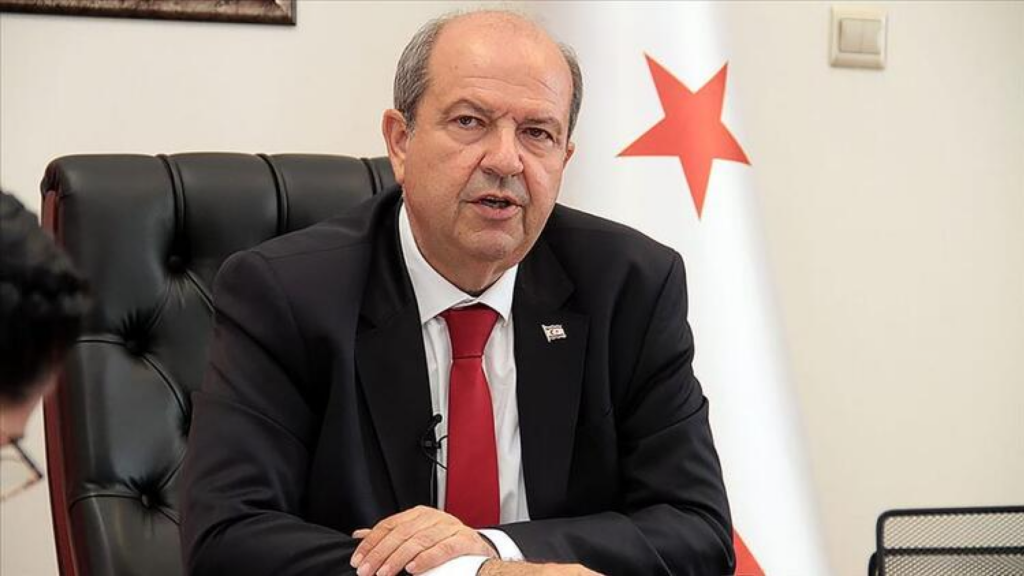 Ersin Tatar, the Prime Minister of the Turkish Republic of North Cyprus (TRNC) has criticised the United Kingdom for freezing out Turkish Cypriots over the future of the British Sovereign Bases. His comments come in the wake of a pact between the UK and South Cyprus to open up a part of the bases for development by Greek Cypriots.

The TRNC Prime Minister said: “Any step taken by Britain about the [Sovereign] Bases without the approval of the Turkish Cypriot people and its officials will not be valid.”

In 2014, the then British Prime Minister David Cameron signed an agreement with the Greek Cypriot leader Nicos Anastasiades to allow part of the Sovereign Base Areas of Akrotiri (Limassol) and Dhekelia (Larnaca) to be used for civilian development, which came into force earlier this week. As a result, approximately 18 square kilometres of the Bases’ 254 square kilometres will be ceded to Greek Cypriots for residential and commercial use.

A joint announcement by the British and Greek Cypriot governments on Tuesday 9 June, confirmed “the next important stage in the implementation of the bilateral Arrangement reached in 2014 on the regulation of non-military development in the Bases.”

A public consultation phase was launched on Wednesday, along with the publication of the “Draft Policy Statement, the zoning arrangements, including maps, and the Strategic Environmental Impact Assessment (SEIA) report relating to the Arrangement.”

The consultation will run for 35 days, helping to determine the final provisions of the arrangement that will allow “residential and commercial land development in the Bases on the same basis as in the Republic [of Cyprus].”

Despite the affected areas touching North Cyprus, including the shared village of Pile by Dhekelia, there was no mention about Turkish Cypriots and no prior consultation with the TRNC government.

The 2014 Agreement seemingly rides roughshod over the terms of the 1960 Treaty of Establishment, whose signatories include Turkish Cypriots and Turkey. The 1960 Treaty, which led to the creation of the Republic of Cyprus and the British military bases, stipulates that properties inside the two Sovereign Bases Areas can only be used for agricultural purposes.

Referring explicitly to the state of affairs that led to the signing of the 1960 Treaty, Prime Minister Tatar said:

“With this fact in mind, Britain should not take unilateral decisions and implement them without the consent of the parties directly concerned with the Cyprus issue.”

In the same statement on Thursday 11 June, the Prime Minister said: “Dhekelia also has Turkish Cypriots residing within the British base and their legal representative is the State of the Turkish Republic of Northern Cyprus, the protector of their rights,” adding that, “any decision taken without negotiating with the Turkish Cypriot side is not valid.”

Mr Tatar explained how the TRNC behaved when initiating development plans for area around Beyarmudu (Pergamos) village, which is next to the Dhekelia Base, and urged British officials to, “start walking on the right path as soon as possible.”

He said that just as the TRNC had “contacted them for their assessment of a zoning plan that included the village of Beyarmudu, they should be in touch with us too, not present this as ‘already decided’.”

On Thursday, President Mustafa Akıncı received the British High Commissioner Stephen Lillie at the TRNC White House to discuss the UK government’s latest actions over the Sovereign Base Areas.

President Akıncı told Mr Lillie that the concerns of Turkish Cypriots date back to 2014, and their position remained the same.

The views of the TRNC President and Government were echoed by Ankara. Responding to a question on the British Sovereign Bases, Mr. Hami Aksoy, a spokesperson for the Ministry of Foreign Affairs, said:

“As we mentioned at the time of signing of this agreement [in 2014], it is unacceptable that Turkey as a guarantor and the Turkish Cypriot side that signed the 1960 Treaties were not consulted on the content of this regulation, which entails a change of status in the base areas.

“Within this framework, we support the statements of the TRNC authorities on this matter.

“In these areas, not only Greek Cypriots but also Turkish Cypriots have immovable properties, as well as indispensable rights and interests.

“The United Kingdom, which is a guarantor, has ignored the Turkish Cypriots once again with the implementation of this regulation and damaged the balance between the parties on the Island, the principle of political equality and therefore efforts towards the settlement of the Cyprus issue.”