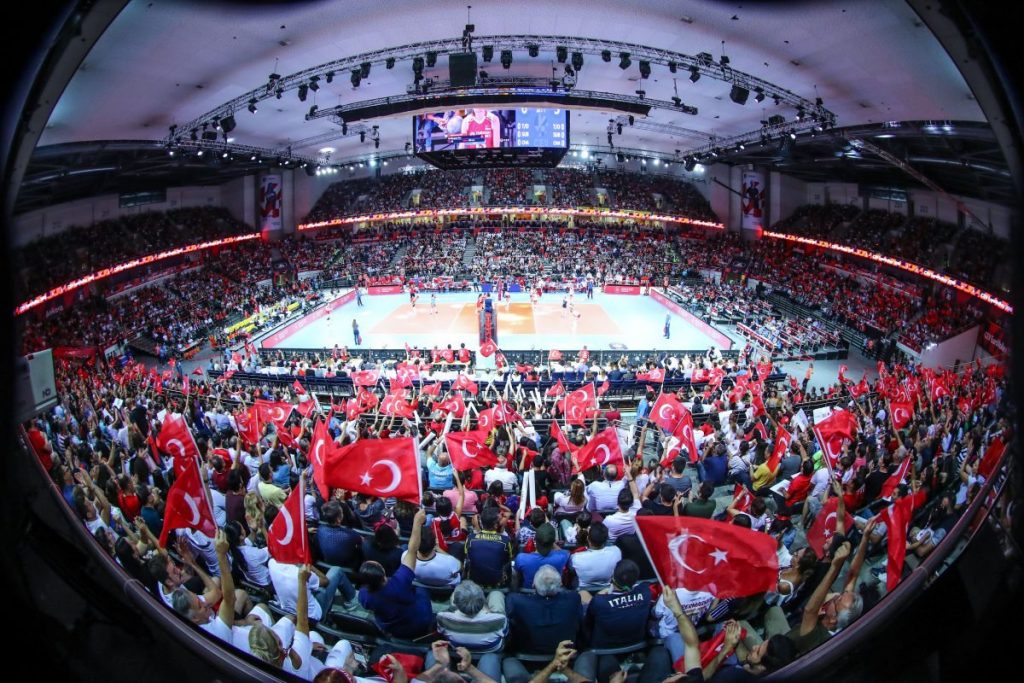 Turkey’s Sultans of the Net came close to causing a major upset at the final of the European Volleyball Championships against reigning champions Serbia this evening, in an exhilarating game that saw the lead swap multiple times.

Bolstered by a noisy home crowd of some 12 thousand in Ankara, Turkey took the early lead, winning the first set 21-25. Serbia hit back instantly, winning the next two sets 25-21 each.

The underdogs battled hard to level the match in the fourth, winning 22-25 to force the game into a fifth set tie-breaker.

A mixture of nerves and inexperience saw the fifth-ranked team falter at the last, giving away crucial points in the last set after building up a three-point advantage. Serbia capitalised and went on to win the final game 15-13, and the match three sets to two.

The result confirmed Serbia’s dominance of women’s volleyball. Crowned world champions last year, the Balkans side took their second consecutive continental crown and their third in the past five European tournaments.

It makes Serbia the favourite for gold at the 2020 Tokyo Olympics. The team had to settle for silver at Rio 2016.

Runners-up: much to cheer about Turkey’s solid performance at EuroVolley 2019

For Turkey, European bronze medallists in 2011 and 2017, while they will be disappointed to have come so close to victory, their convincing performances throughout this tournament will give heart to the team and their coach. Clearly hungry for success, no doubt they will fancy their own medal prospects in Tokyo next year.