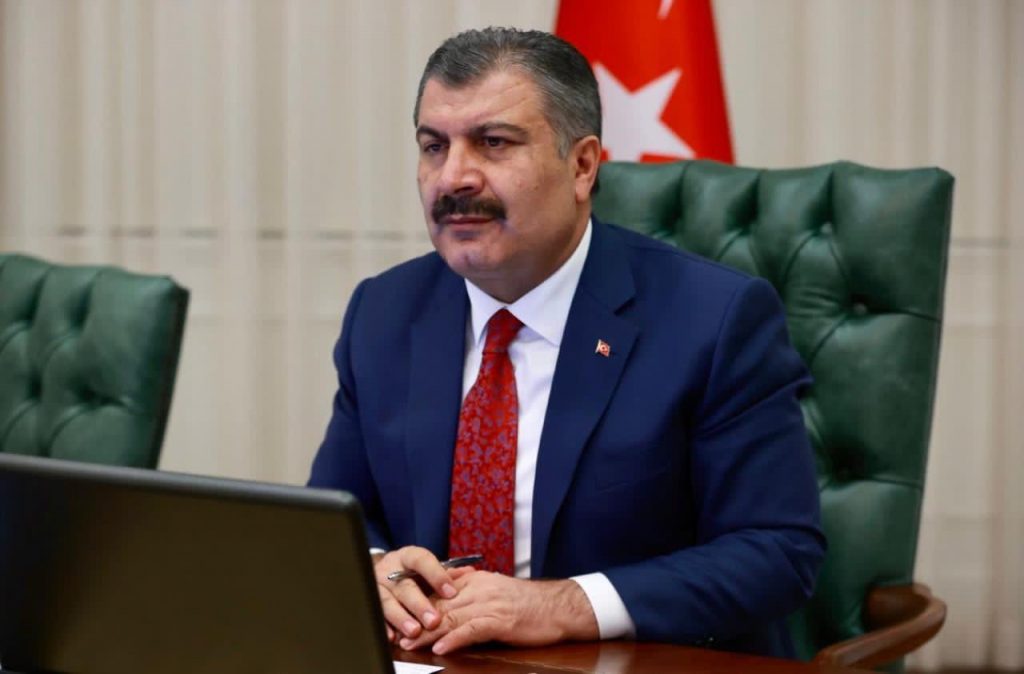 Debates have been raging for weeks in Turkey about the extent of coronavirus infections and deaths, with the government resisting announcing the actual numbers.

In September, Health Minister Fahrettin Koca was forced to admit that the daily statistics released were not the total number of infections, but for patients showing symptoms.

The confession that the rate of coronavirus infections had been under-reported cost Turkey its travel corridor with Britain. However, Mr Koca refused to change the way he reported the numbers, prompting the controversy over the true number of people infected to wrangle on, with medical professionals, opposition parties and council leaders all disputing the daily data issued by the Health Minister.

Istanbul Mayor Ekrem İmamoğlu has been among those challenging the official figures. The Mayor has been advocating stricter lockdown measures for some time, claiming the spread of the virus has reached crisis point. He used the number of Covid-19 deaths registered in the city to expose the discrepancy between the Health Ministry’s reports and actual cases.

The issue exploded on Monday when the Mayor made an emotional declaration that Istanbul had more coronavirus deaths in a single day over the weekend than the government-stated number given for the whole of Turkey.

The Health Ministry’s daily Covid-19 report for Sunday had stated that the total number of people to have died from coronavirus in the country was 139 people. Mayor İmamoğlu countered, claiming that in Istanbul alone the virus had killed 186 people on Sunday.

“I have to speak. Last night [Sunday 22 November], the number of deaths in Istanbul from infectious disease: 186. So what should I do now? Shall I be quiet or swallow this? I could not sleep at night.

“Our burials are heading towards the 450s. Meaning, we are barely coping. In a normal November, our burials – may God have mercy; I wish mercy on all our dead – is for 202, 190, 180 people in Istanbul. It is currently going towards 450. We are in such a difficult situation. Know this,” Mayor İmamoğlu told reporters on Monday.

The revelation caused an outcry on social media, forcing Turkey’s Science Committee to review the presentation of the data.

On Wednesday, Health Minister Koca finally admitted the extent of coronavirus infections in the country: in the past 24 hours, there had been 6,814 new cases with patients showing symptoms. However, the total number of people who tested positive for Covid in the same 24 hours was actually 28,351.

The huge disparity in the number of daily cases also raised questions about the total number of infections in Turkey since the pandemic started.

The lack of transparency and the deliberate under-reporting of coronavirus cases has led to calls for Fahrettin Koca to resign as Health Minster, with #bakanistifa [‘minister resign’] trending on social media.

Among those leading the call for Mr Koca’s resignation were the Turkish Medical Association (TMA) and Istanbul Medical Chamber (IMC).

The TMA tweeted: “The facts we have been telling for months have been confirmed. You did not run the process transparently, you kept the facts. By lying to the citizens, hiding the truth, you caused the pandemic to spread through perceptions. #MinisterResign”

The IMC were equally scathing in their criticism of the Health Minister in their tweets. In one, they played on the Minster’s surname ‘Koca’, which means ‘big’:

“Tens of thousands of citizens lost their lives in the epidemic. For the sake of the “success story” they have been hiding the truth for nine months. It turned out that all he told was a BIG lie. #MinisterResign”