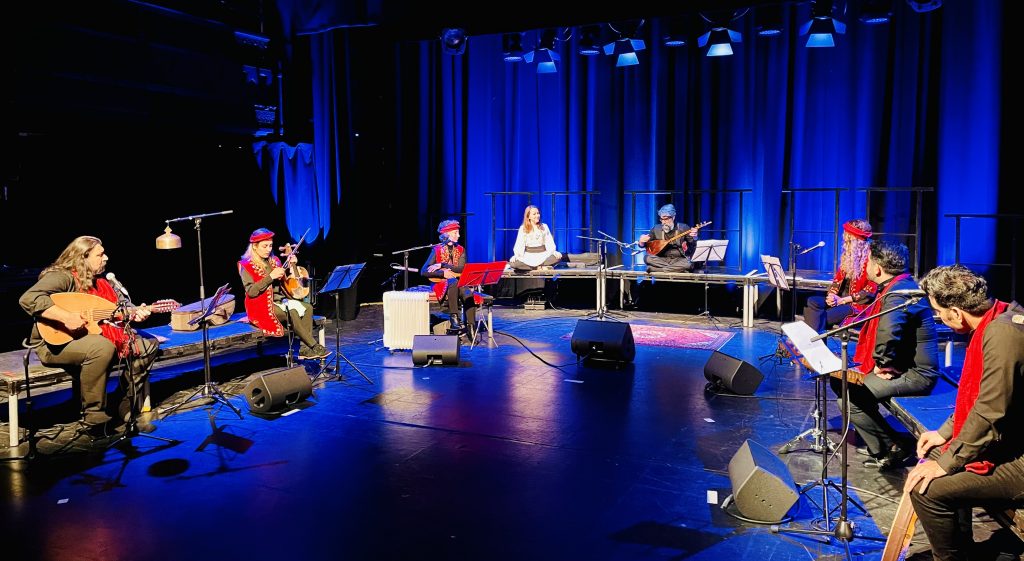 A special event featuring poetry, music and dance centred on the life of the 13th century Persian poet Mevlana Celaddiin-i Rumi will be streamed globally later this week.

The concert will be live-streamed on Thursday 6 May at 19:30 pm (GMT), and can be viewed by ticket holders at their leisure for a further 24 hours after the initial broadcast.

Thursday’s performance will focus on the poetry and portrayal of episodes from the life of Rumi. Hailed as ‘the supreme poet of love’, Rumi’s poems have fired the imagination of millions of readers worldwide.

Accompanying their musical illustrations is Serap Yilmaz, who will perform a sacred Sufi whirling dance in the concert to bring a visual image of devotional transcendence to the stage.

Yilmaz told T-VINE that the history of ‘whirling’ as a spiritual dance form is over 1,000 years old: “It first began from the practice of Shamanism and became a Sufi tradition by Rumi during 13th century.”

“During the whirling dance, I feel like I can embrace the whole humanity with love, being in a state of ecstasy, where I leave the ego behind and let go of all earthy ties,” she continued.

She explained that the nature of spinning around in reparative circles “focuses on God” and adds that “it is divine love which brings us together, keeps us connected and helps us become a better human being.”

According to Yilmaz, “The world turns with love and so do I”, quoting a beautiful line from Rumi: “Love is the bridge between you and everything”.

Serap Yilmaz was has been Sufi whirling and a spiritual dancer since 2015. She has performed live, and given workshops and lectures in many countries around the world, including the United States of America (in eight states), Bahamas, Bulgaria, Estonia, Greece and the United Kingdom.

She was born in Istanbul to Turkish migrant parents from Bulgaria and Macedonia. After an initial degree in tourism, Yilmaz moved towards a different career path and is currently studying for a masters in Psychodynamic Counselling and Psychotherapy in London. She is also a Hatha yoga teacher.

At present, she works for the NHS at a mental health centre in London, teaching yoga, mindfulness, art, and music therapies to support patients dealing with difficult life situations.

Yilmaz became prominent in the British Turkish community when she was the chair and vice-chair of the Manchester Turkish-British Association, serving from 2015 to 2018. The organisation aims to enhance friendship between Britain and Turkey, whilst providing Turkish educational and cultural events.

Streaming tickets: £5 per household (option to pay £7 or £10 to help support the artists through the pandemic)