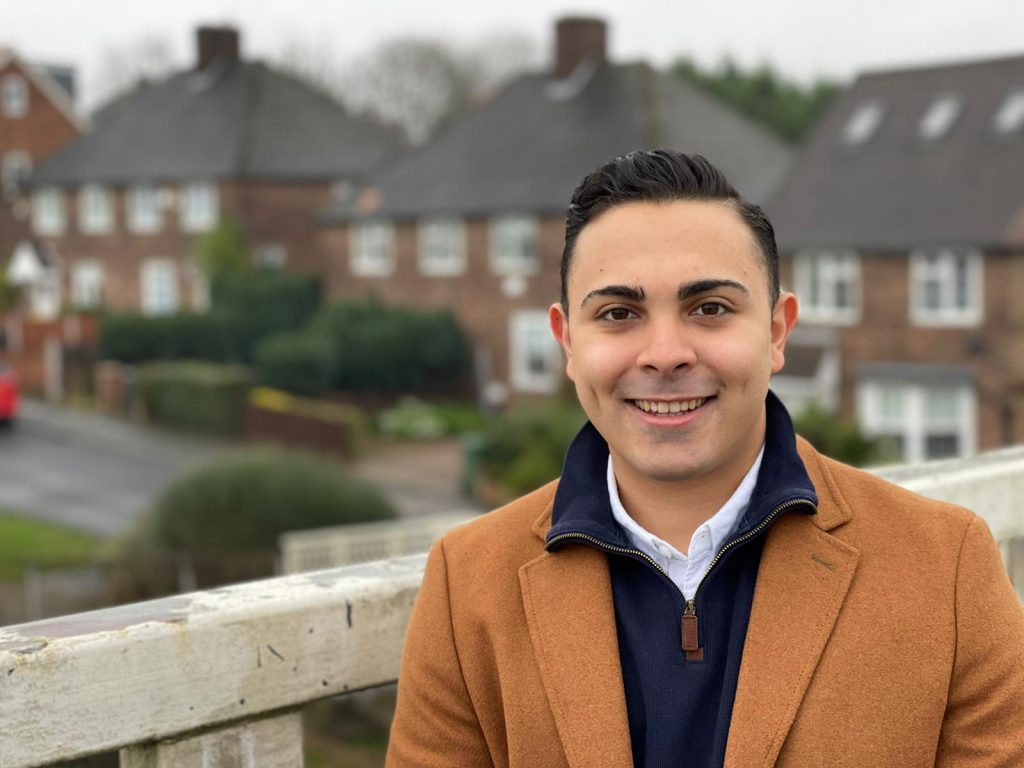 T-VINE puts the spotlight on Turkish heritage candidates standing in local and regional elections taking place across Britain on Thursday, 6 May.

Of Turkish Cypriot descent, Justin Halabi is aiming to become a councillor in the northeast London Borough of Waltham Forest.

Which election are you standing for?

Following the sad passing last year of long-standing Conservative Cllr Geoffrey Walker, I am standing in the Hatch Lane by-election, taking place in Chingford, in the London Borough of Waltham Forest.

What is your name and party on the ballot paper?

What’s been the big issues on the door step?

The big issue in Hatch Lane Ward and Waltham Forest as a whole is overdevelopment. The Labour Council has planned to build high rises across Chingford and Highams Park, which is completely out of character with the landscape of Chingford as a whole.

Not only will these plans destroy the character of the local area, but they have also completely ignored local infrastructure like parking, healthcare, and schooling. Residents across the ward are against this, and that is why I am fighting for their views to be heard.

Secondly, crime is a pivotal issue. Over the last five years, crime has boomed in London under Mayor Sadiq Khan. The people of Hatch Lane have been affected, like many others across the capital. That is why I will work with the local police force to ensure there are more frequent route walks, and so that people feel safe in their homes, streets, and parks. But equally important, I will promote and encourage youth clubs, sports facilities and other local recreational activities, so our youth have meaningful things to engage in, taking the fuel out of criminal circles, which so often operate by preying on our young.

Finally, the other important issue bothering residents is a creeping increase in taxes across the board, which is directly hurting our residents at home. Whether it’s the impending ULEZ charge or the increased council tax that Waltham Forest Labour have introduced, the council have shown once again their desire to make as much money as possible from its own residents, while at the same time having just voted to increase their own wages at the council.

Residents in Hatch Lane need someone who will stand against this attack on their bank accounts, and who will fight to stop this blatant unfairness.

Why should the electorate vote for you?

In addition to the reasons mentioned above, what residents will get from me is someone who is not afraid to stand up to Waltham Forest Council in order to protect their interests.

As a local boy, born in Whipps Cross Hospital and having lived in Chingford for 23 years, these issues, which are hurting residents, are ultimately the same ones that hurt me.

Chingford is my home, it’s my community, which has given me so much, and that is why I am so passionate about making sure its residents get the service they deserve. I will never stop striving until that is achieved.

There is a new UK-Ercan Airport direct flights petition to Parliament. Have you signed it?

Yes, I have. Having Turkish Cypriot parents and being raised within the community, seeing justice delivered for North Cyprus is very close to my heart. I will do all I can to ensure this is achieved, both on a local and national level.

Some of you may be surprised to see someone from within our community, of Turkish Cypriot descent, standing as the Conservative candidate in Hatch Lane.

Many of you may have never voted Conservative before. But what I know of our community is that it is one of hard work and determination.

The vision that our parents and grandparents had when coming to this country was to seek a better life for their children, one which they had to work very hard for. That mindset of getting your just rewards through a strong work ethic, diligence, and a hunger to succeed in life is one that I think sits directly with Conservative values.

But more than just this – one thing I know about our Turkish community is unity.

Together, we have prospered, throughout this country and across the globe. Deep in my heart, I know that our community will rally behind our Turkish candidates, whatever our political backgrounds may be, and move forward together as a people. Thank you for taking the time to read this article. I sincerely hope to have your support on 6th May.